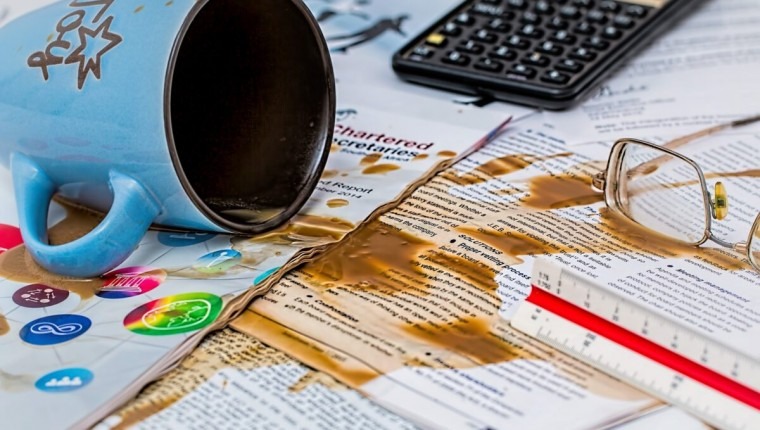 Start in the Mess
Using Writing to Figure it Out

I was once confronted by a colleague whose son was in my English class. She came in waving his graded paper in the air, upset that I had not corrected every error. Her son struggled with writing, and she was worried that I was withholding important instruction he needed to improve.

I defended my approach, which on surface level errors focuses on helping the learner to recognize error patterns first, instead of throwing a whole tub of dirty error-water on the person at once. (This can shut down even confident writers, something I have done to people, too. I can be a tough editor and have to be careful not to blur the lines between the different skills of editing and instruction).

My colleague and I had an interesting discussion in which she insisted that I did not understand what my job was or the purpose of writing itself. This made me curious. Maybe this was where we were missing each other?

“What do you think is the purpose of writing?” I asked her.

“Well, to be correct, of course!” she yelled.

Oh! I thought the purpose of writing was to communicate – and I did not make any friends that day when I said so, though we did land on a compromise to move forward with her son.

I don’t share this to throw my colleague under the bus. She was concerned about her child and took a different approach to improving surface level mechanics in writing instruction.

But in the years since, I have seen the way different approaches to writing play out among both young and adult learners. I’ve come to believe that an intense focus on correctness and perfection is connected to a prioritization of assertion over exploration – and it can be a stubborn block to both creativity and craft.1

Later in my career, I began working with different groups of adult writers—some emerging from early literacy and others at the highest levels of their careers. And if there was one consistency I see it is that everyone, even colleagues with PhDs, can freeze up when it comes to writing.

“I’m not a writer! I can’t do that!” a leader of a large team once said at the suggestion she communicate something that was important to her, in writing. I don’t think my industrious, PhD-holding colleague was trying to shirk off her work onto me. She was genuinely anxious that it wouldn’t be good enough. After all, if you’re the PhD in the room, you’re supposed to be the Authority (dum dum dahhh!) in whatever academically-related task is placed before you, right?

But in writing, everyone is still learning and improving, wading through the sometimes-lovely-sometimes-not messes of life.

You, yes you! If you want to write, get started!

I can’t count how many times people have told me they get stuck at the beginning. They don’t have anything “important” to say. Or, they are so worried about being publicly wrong that even after extensive editing, they just can’t deem something ready. I’m not making fun of this. I get it.

But here is where the art of it comes in, because that more assertive,
non-fiction eye on the world, can create problems for fiction too. It’s this idea that we are supposed to have it all together before we start blathering about things we don’t know for sure. We are only to assert, and if we can’t do that, we’re not good enough to write anything. Bah! Just, no. I would even say that with linguists’ work on language usage and speech patterns and styles, this idea may be a gendered one.2

This doesn’t mean you have to do all your blathering in public. Or that
there aren’t writers who begin with detailed outlines and entire storylines mapped out before writing.

But to those just getting started, you can also use writing and language to find what you want to say, to figure something out, or to wrestle with ideas that may never be figured out. And starting with your questions rather than assertions can be a great way into creativity and craft.

Start with questions, not answers

In this month’s Poets & Writers, fiction writer Katie Kitamura speaks of “disquiet” and not knowing the endings in the context of writing her new book Intimacies. She adds, “I only write about the things that haunt me in some ways.”

Something to try this weekend

Forget the neat lines of your life that look good from the outside. Forget the places where you think you have things figured out. What are the things you don’t know, the questions that pull at you? Is there a fictional place you can create for these questions to play out in some way? Where might that energy take you?

And before you even think it, it doesn’t matter if you later decide that whole paragraphs or pages stink. An old boss of mine used to say, pointing to a chunk of writing, usually at the beginning, “You clear your throat beautifully. But it’s still just clearing your throat.” (Delete-delete-delete). In Bird by Bird: Some Instructions on Writing and Life, Anne Lamott calls that first shot your “shitty first draft.”

I love both concepts as they can break up the anxiety that can block exploration, which I blame on the voice in your head jabbing at a person to “be correct.”

To start, tell that voice it can rest for a minute (preferably in another room). Just write. Go into the mess. Take a notebook or computer with you.

See what happens when you introduce your questions to your creativity.