Two photos, a decade apart.  The older image, obviously, better:  overcast light after a light rain on a street in South Carolina.  The recent one, backlit by a sun sinking beneath the horizon, the clothing not suited for a panchromatic image.  But what is interesting are the arms in each photo.  When my granddaughter was four, and I saw her black dress and the light bouncing off the wet surfaces, I asked her to stand in the middle of the road.  She just put her arms the way she did and that’s what I got.  In the recent photo,  I was not even thinking of the first photo.  It was in front of our house in Clearwater.  Same wide lens.   And without coaching, there were the arms again, folded in a similar fashion.  I didn’t realize this until I saw it in the darkroom.  I had forgotten about the latter image.  That is the mystery of film. It records what the mind doesn’t remember or even see. You don’t get a chance to check the back of the camera as in digital photography.  So it’s easy to not know what you have, especially if weeks pass before you develop the film. I think a contemplative portrait of a child can capture a future personality trait.  But I guess you have to observe the child while shooting. 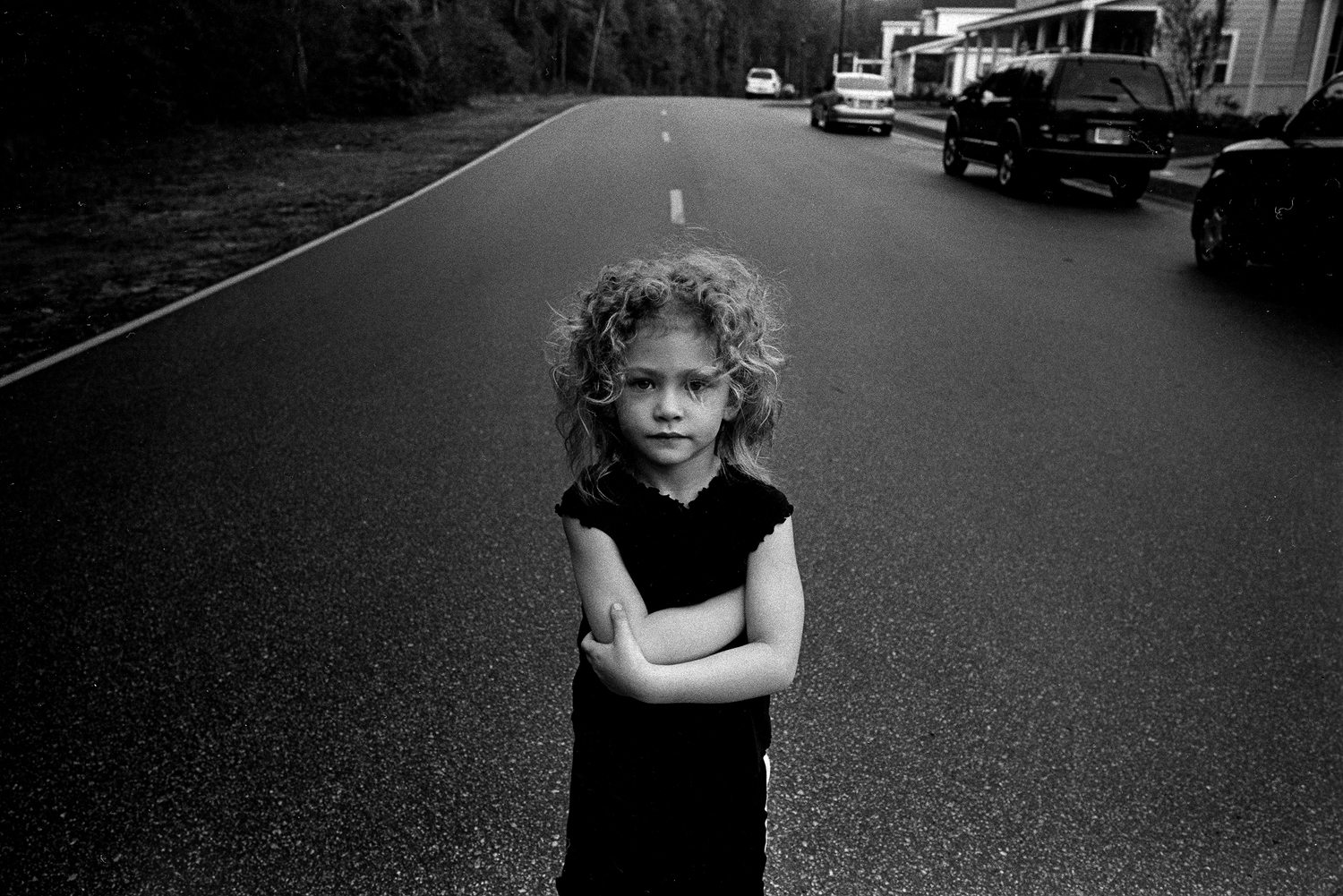 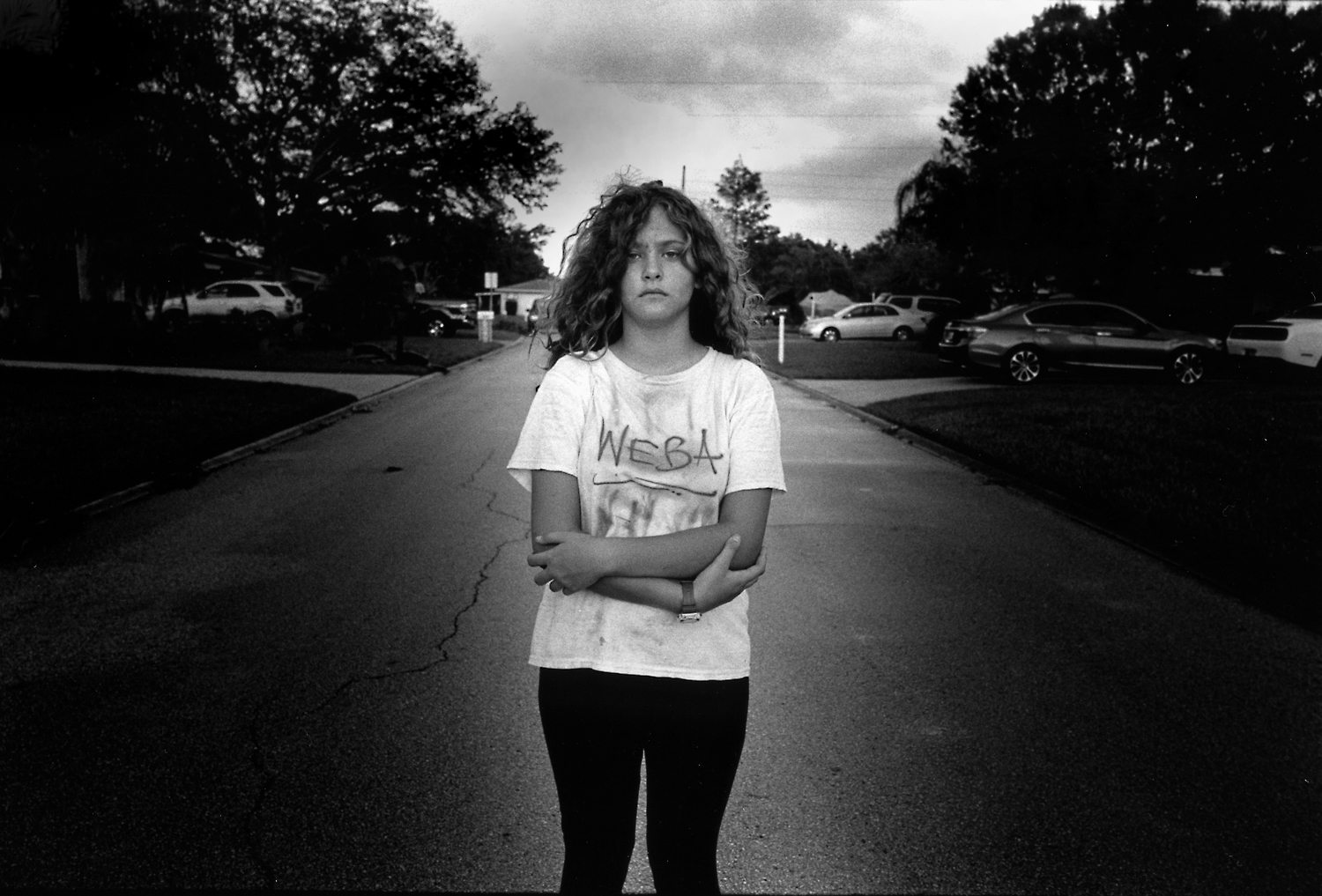