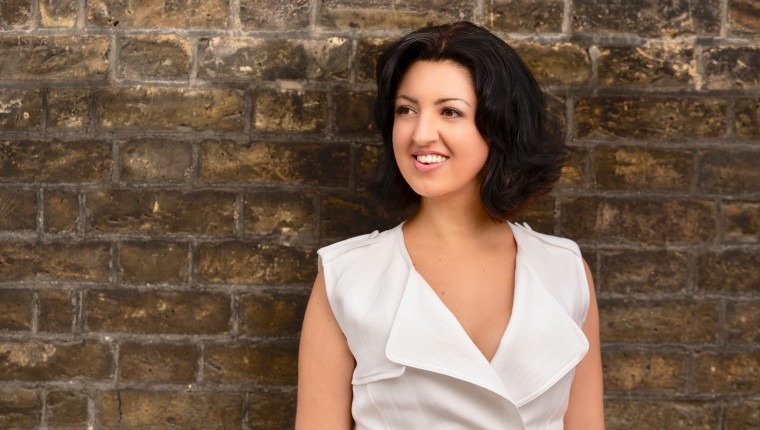 . . .
For centuries, classical music has been akin to a private men’s club. Yes, many gifted performers and composers in the past were women, but the male monopoly and misogyny into the 20th century didn’t exactly inspire female musicians to take up the baton, so to speak.

Clara Schumann was a rarity. Born in 1819, she may best be remembered as the wife of the composer Robert Schumann, but could well have eclipsed him had history given women more artistic rights.

“I once believed that I possessed creative talent, but I have given up this idea – a woman must not desire to compose,’’ she once said. “There has never yet been one able to do it. Should I expect to be the one?”

Those expectations certainly have changed. Today, women hold positions in every aspect of classical music, and many believe Clara helped break ground. This includes Alexandra Dariescu, guest soloist in two performances of Clara Schumann’s Piano Concerto with The Florida Orchestra. On the podium is JoAnn Falletta, considered a pioneer for women in conducting.

. . .
In addition to Clara Schumann, TFO will perform works by female composers Jessie Montgomery (thriving in NYC and active in the Sphinx Organization, who work on increasing representation of Black and Latinx artists in classical music) and Grace Williams (a 20th century Welsh composer) this season. The Hough Family Foundation Masterworks series also includes a wide variety of composers such as Michael Abels, Wynton Marsalis, Duke Ellington and Joseph Bologne.

We caught up with the 37-year-old, Romanian-born Dariescu and asked about this challenging work and how women have risen to their rightful positions in the orchestra world. Her responses are edited for clarity.

Q: We rarely hear pieces by Clara Schumann, although she wrote many inspired scores. Why do you think she’s underplayed by orchestras more than 120 years after her death?

A: First, this is a very exciting program and I’m thrilled to be making my debut with The Florida Orchestra and JoAnn Falletta in Clara Schumann’s Concerto. To answer your question, unfortunately, it’s a fact. A recent study by the Donne Foundation shows only 7.7% of works performed by the world’s leading orchestras in the 2021-22 season are by female composers. Clara Schumann ranks at number 75!

We must be positive and hopeful but also take action for things to change, even if it’s very slow progress.
. . .

Dariescu performs work by Nadia Boulanger, who taught
many leading composers and musicians of the 20th century

. . .
Clara was considered one of the finest pianists in 19th-century Europe, and she performed her own works in recitals. But she struggled with prejudice. What responsibility do today’s musicians, managers and audiences have to correct this?

These facts speak for themselves. And of course, equal opportunities were not a given in the historical context that we feed off for our concert programs.

Having said that, there are a great number of incredible works, often undiscovered and unpublished, that deserve being programmed. I believe we have a collective responsibility to correct the historical perception and re-discover these works.
. . .

. . .
The Piano Concerto was innovative for its time – its three short, sweeping movements full of advanced harmonies and virtuoso figurations that belie the work of a teenager. Schumann began writing it at age 13 and gave the premiere at 16. What attracts you to this work?

It’s a fiendishly difficult piece for the piano, with lots of jumps and incredibly virtuosic moments. The third movement is as long as the first and second together, with an intricate harmonic structure and a very catchy melody.

The second movement might be my favorite as it’s written only for piano and cello in an intimate setting. . .  The concerto is written in three movements but they are all linked up, more like a fantasy rather than a concerto. It’s a fantastic piece of writing.
. . .

. . .
Do you feel playing it might inspire young women to pursue careers as pianists or composers?

I consider myself a storyteller through the music I program and perform – my story tells audiences just how diverse and inclusive the art form I love can be, despite the shortfalls of the past. It tells society that it is up to each of us to ensure that, unlike my younger self, children today can learn from an early age all about the great musicians past and present, regardless of their background and gender, inspiring them to work hard, never give up and continue to break down those unnecessary barriers that we, all too often, still put around ourselves today.

Rediscovering and sharing incredible music composed by women who have been forgotten or neglected is vital for creating a fairer world and setting a better example for the generations to come.

Finally, what’s the best part of your career?

Dedicating your life to art is the most rewarding thing one can do, in my opinion. I have never, ever considered it a job – it’s a complex lifestyle that cannot be compared with anything else. Traveling throughout this beautiful world, meeting so many incredible people and communicating with audiences through the language of music is a rather special way to live your life.

I personally feel very grateful to be able to do so and build a legacy that will hopefully inspire the younger generation to dare to dream.
. . .

Ticket information is at
floridaorchestra.org