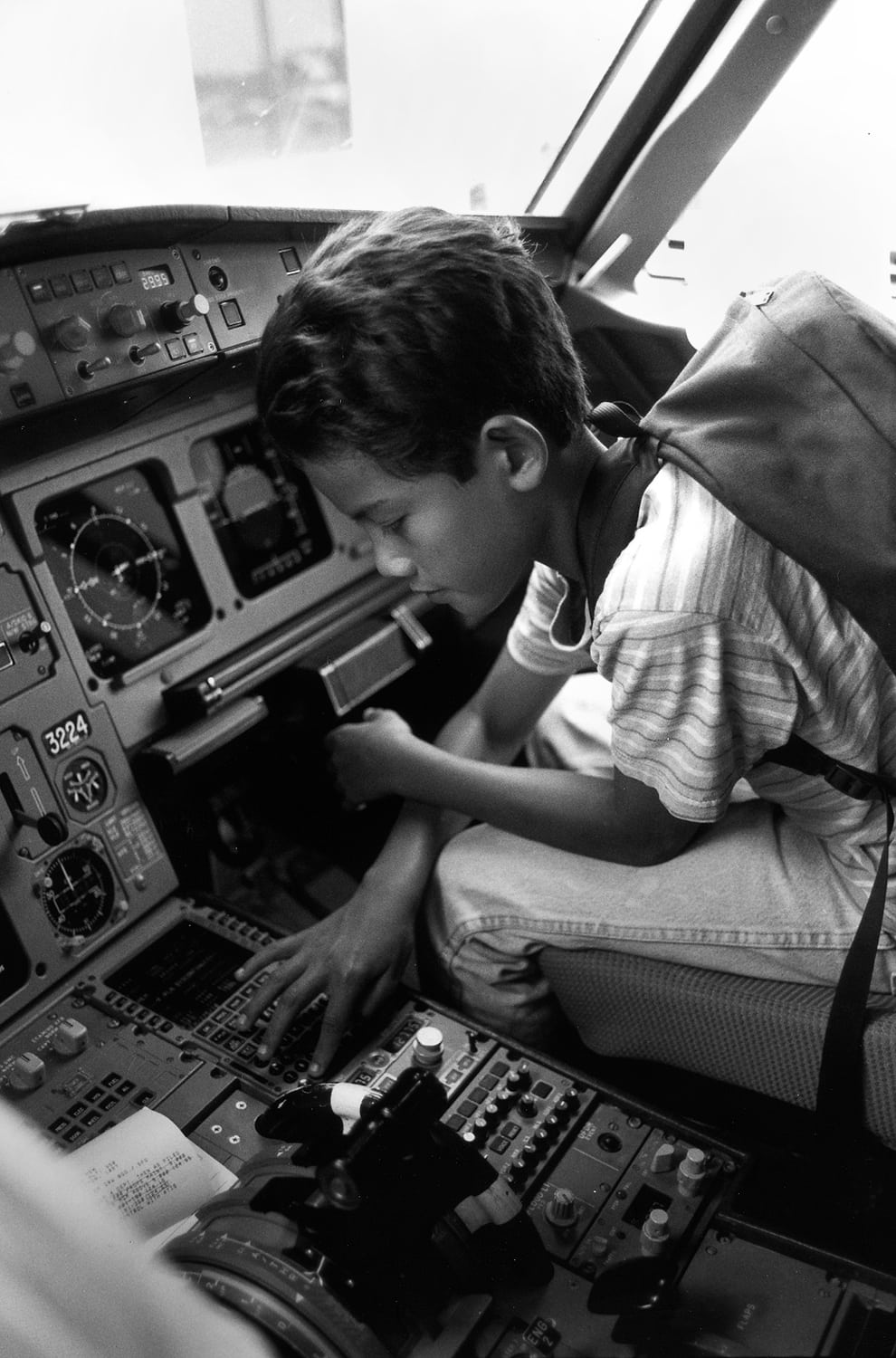 The dusty shoe box stuffed with snapshots has gone the way of  the Rolodex.  Not me. I still use a Rolodex.  In 1995 – obviously before 9/11 –  our son was allowed to examine a cockpit.  I remember his seriousness and intense curiosity, and something told me to take a photo.  He was attentive as the pilot explained some of the dials and switches.  He never talked about becoming a pilot as a child, though he built some model planes, and we shot off rockets he built.

So when he became a jet pilot years later, I wanted a portrait of him.  But he doesn’t go for posed portraits.  Upon a visit to his apartment in North Carolina during part of his ongoing flight training, he reiterated, “No portraits, no posing.

The shot below was an ambush shot as he walked out of his bedroom before work one morning, dressed in his flight gear.  Obviously, it’s not posed.  I pulled these images out of the shoe box  to frame and put side by side with other family images. they tell a story that took 20 years to complete. 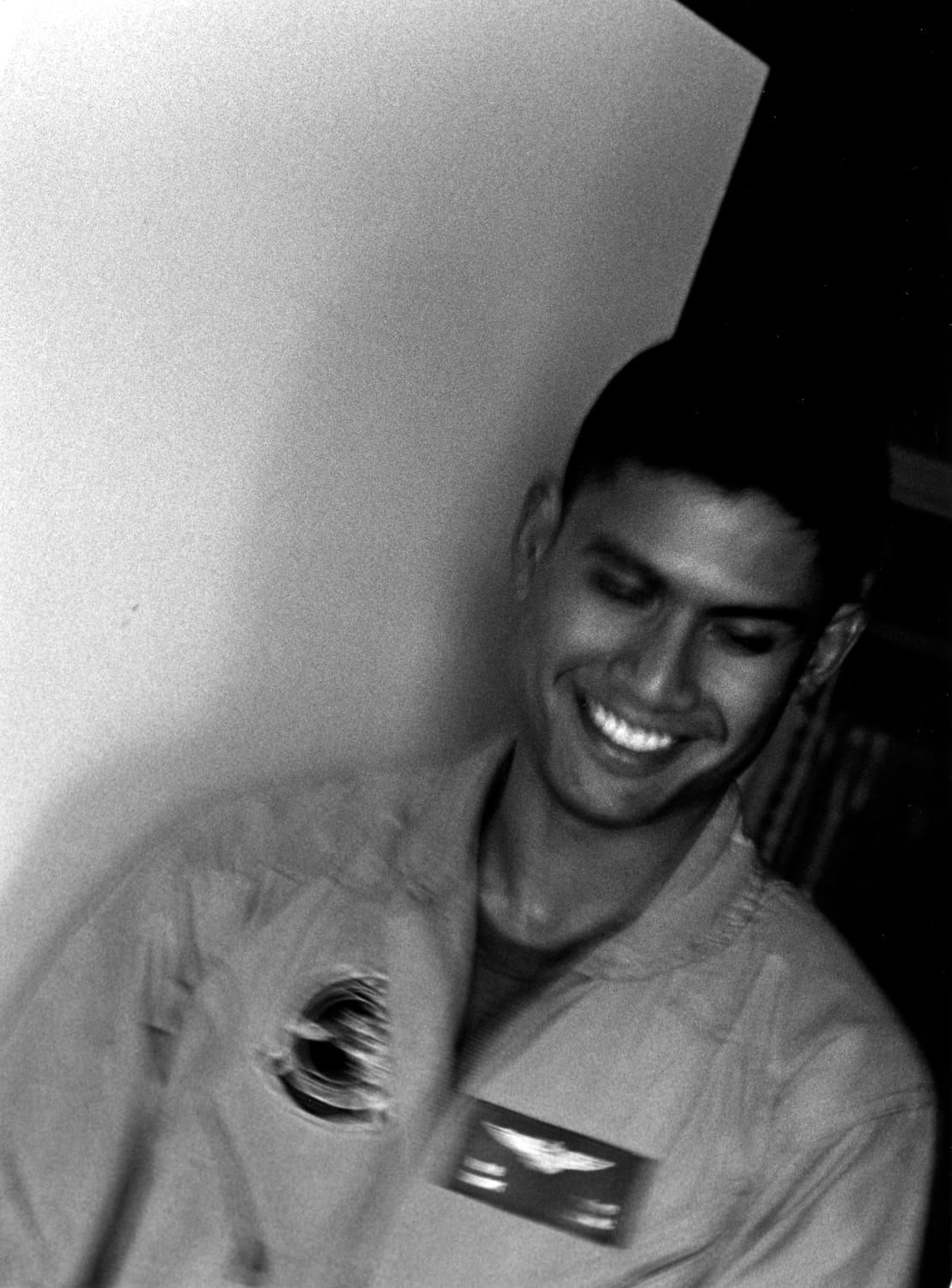