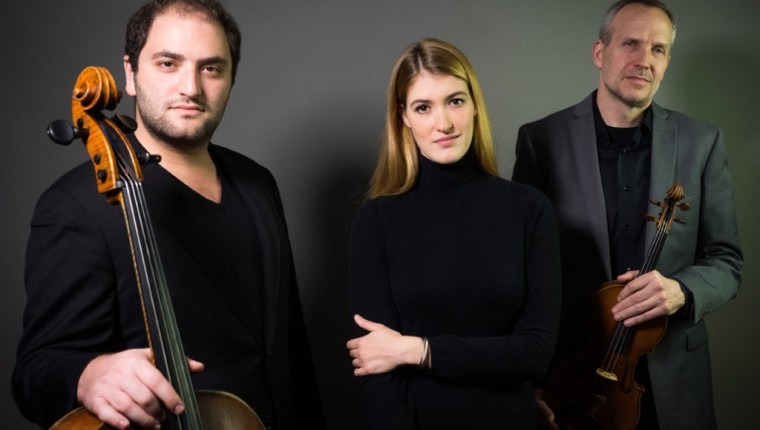 . . .
A decade ago, a group of musicians banded together to form the Palladium Chamber Players, making their home at the eponymous concert hall in St. Petersburg and sharing classic sounds with soon-to-be devoted audiences.

Chamber music is a tough sell, and the Palladium knew the risks. But the musicians, led by artistic director Jeffrey Multer, delivered at the onset, and proved over the last 10 years that a quality product can beat the odds.

“Jeff and I set out to create a world-class chamber series, with the idea that if you build it right, the audience will support it – and sure enough, the public embraced the series,’’ says Paul Wilborn, the Palladium’s executive director, who budgets $75,000 a year for the mid-week concerts. “What we did with chamber music has become the model for what we do at the Palladium with other genres like dance and jazz. Do it right and you’ll be successful.’’

The core players are made up of musicians from around the country, including the Tampa Bay area – violinist Multer, who also serves as concertmaster of The Florida Orchestra, violist Danielle Farina, cellist Edward Arron and pianist Jeewon Park. Augmenting the ranks are violist Milena Pajaro-van de Stadt, cellist Julian Schwarz and pianist Marika Bournaki.

This week, the players look back to that first-ever performance by repeating it note-for-note as they “kick off the season with a return to the very program that started it all,’’ Multer says.

Wednesday’s concert opens with Beethoven’s Piano Quartet in E-flat Major, Op. 16, which bustles with ideas of a young composer about to shake up the musical world. The musicians follow with Dohnányi’s Serenade for Violin, Viola and Cello, Op. 10, and wrap up with one of the gems of the chamber repertoire, the hefty Piano Quartet No. 2 in A Major, Op. 26 by Brahms.

Last year, the Palladium invited the famed Juilliard String Quartet to play as part of the series, but the group canceled after the sudden death of violist Roger Tapping, who was later replaced by Molly Carr. The newly reformed foursome pays a visit February 21 with a traditional but challenging program, launching the night with Beethoven’s final string quartet, No. 16 in F Major.

They continue with Ravel’s incomparable String Quartet, which shares the same key as the previous piece, and end with Dvořák’s last effort in the form, the String Quartet No. 14 in A-Flat Major, Op. 105.
. . .

. . .
Expect the unexpected March 8, when Time For Three offers a rollicking program of music that touches on classical, pop, country and jazz. The lineup ranges from Bach to Lennon and McCartney to Britney Spears. The trio consists of Nick Kendall and Charles Yang on violins and Ranaan Meyer on bass. Many of their works are originals, or were composed specifically for this talented band.
. . . . . .
Not to be outdone, the host players also have their own threesome, called the Mile-End Trio, who perform a pared-down program of classics April 12. They devote the first half of the night to three works by Debussy – the Piano Trio in G Major, the Sonata for Cello and Piano, and his last complete composition, the Sonata for Violin and Piano in G minor.

Tchaikovsky owns the second half with his sumptuous Piano Trio in A minor, Op. 50, best known for a 30-minute stretch of variations that dominate the second movement.
. . .

Michael Francis shares his origin story as a double bass player
in the London Symphony Orchestra
. . .
The last program of the year on May 10 features an appearance on bass by Michael Francis, music director of The Florida Orchestra, who joins pianist Milena Pajaro-van de Stadt and members of the core staff in Mozart’s Piano Quartet No. 1 in G minor, K. 478. Turina’s Piano Quartet in A minor, Op. 67 follows before the season’s coda – Schubert’s Piano Quintet in A Major, the always popular Trout.. . .
. . .