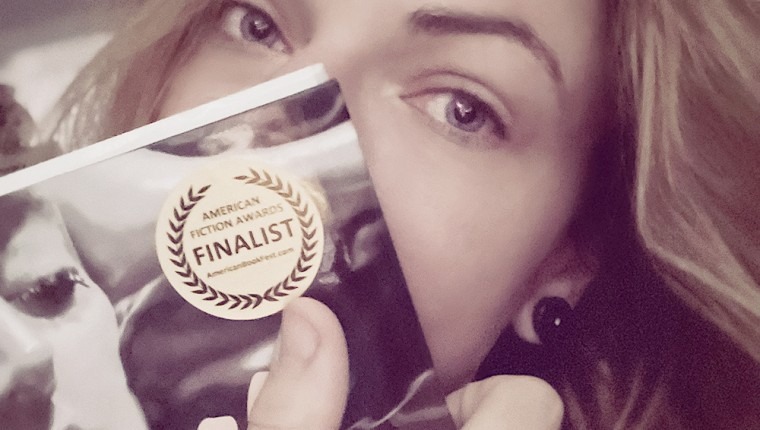 Last month, I was absolutely THRILLED to be a recipient of the Creative Pinellas Professional Artist Grant for my work in literature, but my career in writing didn’t begin with words. It began somewhere else entirely. It began with ink and razor blades.

In 2017, I was so very honored to receive the Emerging Artist Grant from Creative Pinellas for my work in scratchboard. During that grant period, I used this infuriatingly methodical (but maddeningly wonderful!) medium to recreate historical photographs of the civil rights marches of the sixties. During this time, I also created the largest scratchboard work I’d ever done, a 3×4’ flat installation of 35 smaller squares that, when compiled, bore the photorealistic image of the Buchenwald concentration camp liberation. (You can see this work here: https://www.shanleah.com/artist)

Applying for that grant was the first time I’d really put my work out there. Until that point, I was, as are many artists, intensely “private”, which is really just a nice word for “insecure”. The best thing that came from the Emerging Artist Grant was not the accompanying money, nor the intense push to create new and better work. It wasn’t even the amazing gallery show later that year (and it was truly a fantastic event!).

In 2017, I made the decision to publicly show people my art for the first time, to ask that it be judged, considered, and numerically scaled against others. At almost 37 years old, I’d finally come to the point where I was ready. And you know what? It wasn’t humiliating. I didn’t die. I even won. And all I could think was: how many years had I wasted being scared?

I’m NOT a fan of inspirational quotes. You won’t find “Live Laugh Love” printed on any of my home goods. But I saw something once – fatefully, in the same year that I received the Emerging Artist Grant – that stopped me in my tracks. I spotted it in the gift shop of The Morean Arts Center, painted onto a rock or a box or something. The item is insignificant and did not retain in my memory. But the words did. It said: What would you attempt if you knew you could not fail?

I still remind myself of this on a regular. The insight was as life changing as offering up my art for the first time. And I realized two things at once. I don’t really care all that much if I fail. But also, I know I won’t fail. I can’t tell you why the acknowledgment of potential failure, and the complete denial of it, exist on either side of the same coin for me, but they do.

And Creative Pinellas was so very instrumental in helping me come to terms with the realities and joys of the creative life.

After that grant period ended, I began submitting my work other places. I was soon featured in magazines for my scratchboard: Emboss Magazine and Studio Visit Magazine. My photography series, To The Depths Go The Fallen, was also featured: Black & White Magazine, Black + White Photography Magazine, and in a hardcover collection of the best black and white art, published by Out Of Step Books.

And then the REAL magic happened. After embracing the risk/reward ratio of creativity, I pulled out a novel I’d finished a few years earlier. I’d wanted to be a writer since I was a little girl, and what better project to channel this newfound confidence into than the one thing I wanted more than anything else in this entire world. And the manuscript I was once so proud of? It was terrible! But I was now determined. So I started another book entirely. Over the course of a year (literally one year – from October ’18 to October ‘19), I completed what would go on to be my debut novel, Thieves Beasts & Men.

That statement sort of makes it sound easy, when the reality was anything but. I sent it to oodles of agents without so much as a manuscript request. I cried. I threw things. I swore off writing forever. Over and over it went for months. But I started my next book (Bands of a Small Hurricane) anyway, because, what the hell…

Covid season began in early 2020, and with everything shut down, I assumed the publishing industry had gone dormant as well. I was beginning to lose hope. I hadn’t resubmitted Thieves to any additional agents in weeks. I had, in a small way, given up on her completely. But then I read an article that said agents were desperate for new work because they were all home, like everyone else, and had nothing to do but read. So I gave it one more shot.

Within a few days I had a single request for the full manuscript, and a week later, I finally signed with a real life, honest-to-goodness NYC agency literary agent!

While the publishing process for Thieves was a long and arduous one, I’ll sum it up for the sake of a blog-length read. Thieves Beasts & Men, a literary thriller, was released in hardcover on Oct 4, 2021, just 3 weeks shy of my 41st birthday. It has gone on to be recognized as a Finalist for the American Fiction Award, a Finalist for the Shelf Unbound Award, and is currently shortlisted for the Chanticleer International Book Award/Somerset Prize. Winner to be announced this June at their literary conference in Washington.

In another post, I’d like to go into more detail on the process. I know MANY people want to write a novel, or have written one and are trying to get it traditionally published. The one thing I can offer is transparency. I don’t mind telling you everything about my own journey through this sometimes secretive world, or tips to succeed, tips to survive it, or even some real honesty about this seemingly elite and academic collective, because reality rarely meets the expectation you build in your mind. So let’s talk about it.

For now, be brave, be confident, and do everything. Do it all. You won’t fail. And if you do, there’s always another path to success if you look for it. Always.

A huge, heartfelt thank you to everyone at Creative Pinellas, now and in years past, for welcoming me into your community and teaching me the most important lesson I’ve ever learned: Stop wasting time and put it out there already!