Resources for Experiencing Film
in Times of Social Distancing 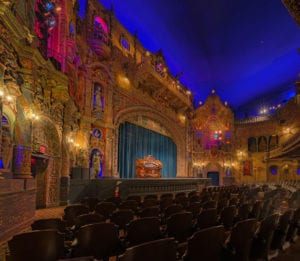 . . .
At Tampa Theatre – after almost a hundred years of showing classic and contemporary films on a single screen, our historic movie palace embraces the digital world by offering dozens of exciting independent dramas, comedies and documentaries from a diverse array of filmmakers around the country and around the world. Find out what’s streaming this week at tampatheatre.org.

You’re gonna share the private moments of great artists and writers, and get a little Warhol, a lotta Dada and plenty about the landmark early Biograph studio. The Flying Train and Great Actresses of the Past are more than 100 years old, yet they are still studied and restudied, continuously taking on new meanings and opening new avenues of analysis for subsequent generations of cinema lovers.

What were once novel shots of landscapes or skylines may now be evidence of climate change or of neighborhoods destroyed and rebuilt. What would have been a condemnation of loose morals in 1916 can now be interpreted as a woman’s sacrifice to give her child the best possible life.

Find these programs and more at
moma.org

The Festival shares the magic of filmgoing, together at home — with films introduced by their filmmakers, and more.

Recommended by the
Art Institute of Chicago 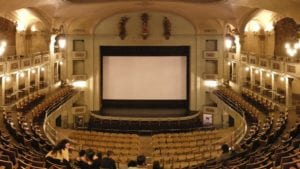 This diverse museum is sharing films recommended by their diverse staff – ranging from artistic explorations to indie films and of course, Ferris Bueller.

Explore these excellent suggestions at
artic.edu/articles/823/watch-this-art-and-artists-on-the-silver-screen 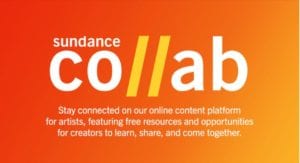 The famed Sundance Institute has moved their 2020 programming online and opened Sundance Co//ab’s webinars, member Q&As and masterclasses, previously available only to paid members, to anyone who is interested, at no cost.

“We are excited about the potential to gather independent creators on Sundance Co//ab at a time when many are in need of community, mentorship, inspiration and collective action. We’re happy to report that artists are already taking advantage of these resources: Prior to this crisis, Sundance Co//ab reached more than 250,000 creators (including serving nearly 35,000 free members) across over 150 countries around the world each month. In the last two weeks, sign-ups have nearly doubled.  We invite all of you to visit Sundance Co//ab and appreciate any feedback you may have.”

The Brooklyn Rail is hosting Lunchtime Conversations with Visual Artists, Writers, Filmmakers and Poets via Zoom daily at 1 pm.

How to See Film: An Anthology

“Home movies from all walks of life can bring us together by reminding us of the connections with friends, family and our shared experiences.” 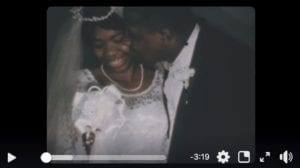 And MOMA’s curators share their thoughts on how to watch their favorite film genres, from Westerns and silents to Kung Fu and B-movies — and how to see Andy Warhol’s films.
moma.org/magazine/articles/259

The subscription website MUBI is a source for independent films online.

“Every day we introduce a new Film of the Day. And every day we take one away.

“There are always 30 hand-picked films to watch or download. From forgotten gems to festival-fresh cinema. From cult classics to award-winning masterpieces.

“Within the 30 there are specially programmed smaller curations. These include double features, filmmaker retrospectives, spotlights on major film festivals and long running themes.”

Their website includes new, interviews and film criticism, and an online community.

. .
. . .Thanks to filmmaker Victoria Jorgensen for these recommendations

“We live in an environment where there are moving images constantly around us. …But in 1897, this was startling and new and completely revolutionary. It was a different way of looking at the world.”

The International Documentary Film Festival Amsterdam (IDFA) is making films online while people are at home. “Almost 200 titles from our collection can be streamed for free internationally” at idfa.nl/en.

IDFA offers an alternative to mass entertainment and uniformity, confirming that there is an increasing need in audiences for high-quality films that delve deep and urge us to reflect. Since 2007, the festival’s New Media program IDFA DocLab showcases the best interactive non-fiction storytelling and explores how the digital revolution is reshaping documentary art.

These avant-garde films are as fun and fascinating today as they were when they were made nearly a century ago.