A curation of theater, opera, improv and music holiday happenings throughout Tampa Bay.

Here we are, knee-deep in the holiday season, and the parties and happy hours are stacking up. Let’s hope that all that online shopping will give you more time to actually enjoy the season instead of hiding at the bottom of a nog bottle.

To give you a head start, CP Assistant Editor Julie Garisto and I picked out some unique holiday happenings by local artists and performers that will just add a pinch of jolly to your peppermint mocha latte. Some are educational, others are just silly. But none of them involve fighting the masses at the mall, The Nutcracker or lighted boat parades — you can handle that list yourself.

Alex Harris, an old-school-meets-contemporary R&B-world-touring performer,  impressed us with his big soul sound last year at the Clearwater Jazz Holiday. Lucky for us, he’s back to host a holiday show with swagger, backed by a formidable 7-piece band. His revue features classic soul songs from Motown, Stax and Atlantic, as well as some holiday favorites. Sat., Dec. 15, 8 p.m. Reserved seating; $30, $40. mypalladium.org, alexharrisofficial.com.–JG

American Stage continues its “Live. Out Loud” season with Lauren Gunderson and Margot Melcon’s ensemble comedy that provides an attractive twofer — both a sequel to Jane Austen’s Pride and Prejudice (sans zombies) and a holiday-themed play. Going by reviews so far, it’s a charming and witty holiday show alternative — especially for Jane Austen fans. Runs through Dec. 30 at American Stage in downtown St. Petersburg. Visit americanstage.org/christmas for tickets.–JG

Every Christmas Story Ever Told (And then some)

Improv! Theatre! Murder! Spitfire Theater hosts A Very Misfortunate Christmas, an improvised murder-mystery two showings, 8 p.m., Saturdays Dec. 15 and Dec. 22. Based on the movie Clue-if you haven’t seen it, you must–the audience are guests of Mr. Big’s holiday party. (Not the Chris Noth Mr. Big for you Sex and the City fans.) Mr. Big is delayed, murder and hilarity ensue. There are shadow puppets and strange characters, what more do you need? $15; Recommended for 18 and up. 14 18th St S, St. Petersburg. spitfiretheater.com. –SP

Africanish: Kwanzaa and the Creation of Pan-African Identities

The Sulphur Springs Museum and Heritage Center is a gem to the neighborhood and community beyond. Located on the Hillsborough River, it serves to educate and entertain a historic place in Tampa that is sometimes forgotten. Valdosta State University  Professor Tameka Hobbs, History and African American Studies, will discuss Kwanzaa and its importance in the African American community since its development in 1966 at 2 p.m. Sun. Dec 16. There will be refreshments and a prize drawing, to boot. Admission is free. 1101 E. River Cove Street, Tampa. sulphurspringsmuseum.org. –SP

Revisit or experience for the first time a  touching, somewhat lesser-known holiday classic in an old-fashioned format. RTP presents the play inspired by the 1947 Cary Grant film, about a charming angel in human form entering the lives of a bishop and his wife. The script is a Lux Radio Theatre classic, performed by the Radio Theatre ensemble with full foley effects by Matt Cowley. Monday, Dec. 17, 7 p.m. at the Studio@620, St. Petersburg. $15. studio620.org. –JG

Carols of the Season

You can keep your carols classy at the Tampa Oratorio Singers take on Christmas classics with “Carols of the Season.” Approximately sixty of the areas choral talent, hand-picked through auditions by director Nancy Callahan. The program includes standards “Jingle Bells,” Silent Night” and “The First Noel” plus some that only the chosen should attempt like “Fum, Fum, Fum!” And “Veni, Veni, Emmanuel.” Performances on both sides of the bridge:  4 p.m., Sat., Dec. 15, at Pass-a-Grille Community Church, 107 16th Ave., St. Pete Beach;  and at 4 p.m., Sun., Dec. 16, at Palma Ceia Presbyterian Church, 3501 W San Jose St., Tampa. Both performances are $15 with discounted tickets for students and seniors. tostampa.org. –SP 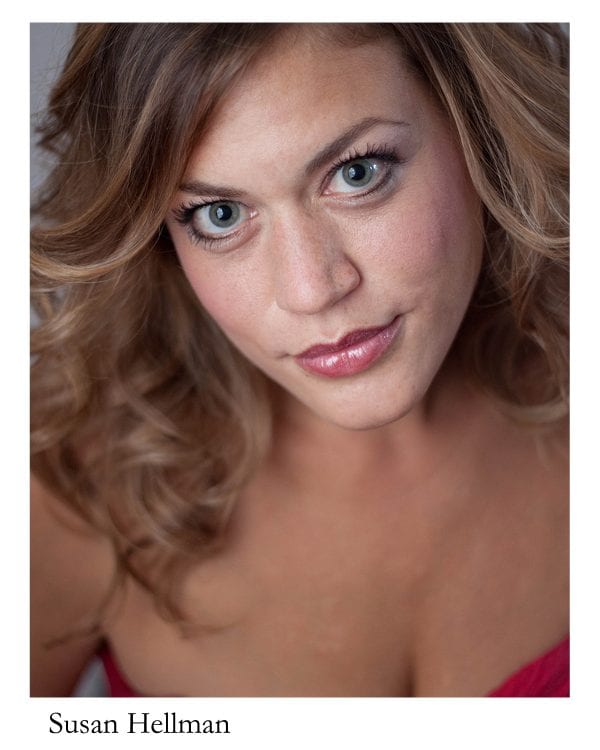 Opera super fans and novices will both rejoice at the SPO’s presentation of both classic jingles and heftier classics, such as Handel’s Messiah and Tchaikovsky’s Nutcracker, during their annual holiday celebration. Soloists Susan Hellman Spatafora, Rimas Karnavicius and Jackson Orchard join a chorus and orchestra for two performances at The Palladium, 253 Fifth Avenue North, St. Petersburg. 7:30 p.m. Tues., Dec 18, and 7:30 p.m. Wed., Dec. 19; $20 to $75; stpeteopera.org.–SP

Though the Tampa Theatre hosts a weeklong showing of It’s A Wonderful Life, my yearly tradition must involve Danny Kaye. My personal all-time favorite holiday movie White Christmas will be shown at the historic theatre at 3 p.m. Sun. Dec. 23. Watch Kaye, Bing Crosby and Rosemary Clooney dance and sing their way through the tale of helping an old friend win back his Connecticut resort business during a not so snowy, ski season. Arrive early to hear the organist play some Christmas classics on the Mighty Wurlitzer. Pro tip: if you decide to have an adult beverage before the movie next door at the sometimes very smokey bar The Hub (I recommend their potent, but tasty bloody mary) smuggle in some dry shampoo to use before going to the theatre. The surrounding movie goers will thank you. $10, $8 for members. tampatheatre.org.–SP

New Granada’s Annual Annual Xmas Night Extravaganza didn’t die with the closing, and not yet re-opening, of the beloved New World Brewery, it got adopted by Crowbar for the time being. Gifts are unwrapped. Bellies are full. Dishes can wait. You have rewarded yourself with a night out of the hous, without the family. Or bring them, if they are older than 18. You know your one cousin on your mom’s side can party. New Granada founder and Microgroove owner Keith Ulrey gave us a little history into the 25-year-old show. “The very first one that I can recall was 1993 at The Ritz…The next year we took it on and put on a show at Blue Chair, 1994. It also served as the record release for (his band) Pohgoh’s 1st 7-inch single, so Xmas also doubles as an anniversary of New Granada Records, the label”. The ruckus is being brought this year with headliners Meatwound with Station Cases, Slap of Reality and Nervous Girls. “This year’s event definitely leans on the more DIY/punk/hardcore side of things,” Ulrey added. Doors 7:30 p.m. Tues., Dec. 25; $10; newgranada.com. –SP