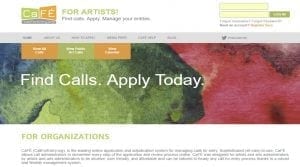 We always hear this in the context of politics.  President Trumps personal lawyer is accused of Pay to Play.  The Clinton foundation has been accused of the same.

What about artists.  Don’t we Pay to Play?  Of course we do, and who are the ones making a lot of money, generally not the artist.  I think of all the shows I’ve paid to get a chance to exhibit in.  I think my batting average is about 15 cents on the dollar.  Recently I submitted to a show, $40 entry show, international call.  I wasn’t accepted and later learned there was limited space for the show.  It led me to wonder how many thousands of dollars the organizers made only to select 20 or 25 slots.

Granted there are hard costs.  Possible venue rental, cost to prep the show and hang it, and pay to jurors if there are any.  Actually, I have no problem paying a reasonable fee to enter, say $10 to $15 dollars.  But in my opinion $25, $35, $50 is usurious.  Even when I’ve paid that and have gotten into a show, I think about all the other who paid and didn’t, and the profits the show principals make.

Think about this.  The flip side of this are two shows I recently entered.  First was the 2017 Songzhuang International Photo Biennale.  I entered, there was no initial entry fee.  Work was submitted, reviewed and selected.  If you were selected then you paid.  The cost for the exhibition was modestly spread between the artists, but I didn’t mind paying a little more to participate in an international exhibition.  The second was the entry into the Diffusion IX, One Twelve Publishing show.  The entry fee was reasonable $20.  I was not selected but a few weeks after the announcement I received two earlier copies of Diffusion.

How about vanity galleries.  I recall walking into a gallery in Wynwood, not on the main drag Miami Avenue but 2 long blocks west on NW 2nd Ave.  I asked if they were accepting the works of new artist.  They said yes but this was the deal:  $900 month to hang and $2500 during Basil.  I might consider this consider the location and volume of visitors during Basil, but I would only agree if I could review their books during that month.  I’m sure they would decline.

So I have a dilemma.  I would like to show in shows around the country but in the long run, who makes the most profit?  See what Jerry Saltz followers have to say about it, from shows to vanity galleries to grants.