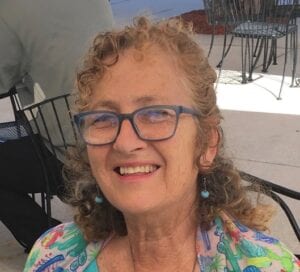 I never understood my family’s feelings because we did not talk
between  directives, yellings and beatings

No, it wasn’t poverty that concerned us siblings
though my dad kept going bankrupt and it was kept a secret
for me it was trying to get some hugs and warmth and friendliness
Even though Christmas was one day that we all pretended to be  happily together and that everything was nice and alright
for the rest of the year between Christmases
I gravitated to my friends of color

I couldn’t name the warmth and kindness at their houses
I liked the way Annette Duncan’s mother touched me
and fed me soulful flavors of affection at their table.
I was jealous of what went on between them
wanting to be adopted into their family.
I wanted those treasures they had

And all the while, the LA Watts riots were raging
only 30 minutes from our house
It was the mid ‘60s and the revolution really was being televised
unlike what that song said
I watched as the white police kicked, beat and dragged away the black
people
the buildings going up in flames, crashing down all around them.
From what I could see it was the white people wanting to kill the black
people

So I watched it on TV and I didn’t understand because I was only 12
and the black and Mexican people I knew did not act like they wanted to
kill me.

And we went on living out the rest of our unhappy estranged white childhood.

Alexandra Morgan Geiger grew up in Los Angeles and migrated to NYC in 1981.

In New York state she was the featured poet at Omega Institute, Beacon’s Howland Center, The Colony in Woodstock, and the Shahinian Gallery in Poughkeepsie.

She has read in The Woodstock Poetry Festival, Woodstock Story Slams, TMI and many group Hudson Valley readings. She now resides in sunny St Petersburg where she has found her home.

Alexandra is in the process of publishing her collection of stories and poems, Daddio, about growing up in LA with a gay fashion designer father. 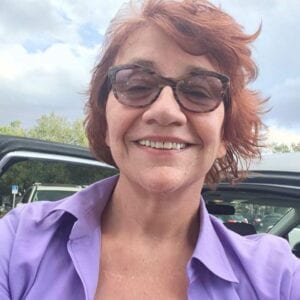 More and more, doctors were filling the hours of her life. They behaved as though she might splinter at any moment, like an old boat battered against a dock one last time. This doctor told her to extend one foot outward and close her eyes. That was a hard favor to ask of a woman disinclined to trust, but she also knew well that ancient lesson of how to be a well-behaved girl and do as she was told.

The doctor wanted to know what she was feeling. Like you’re running a feather across my toes, she said. Now, the doctor said. Nothing, she answered. Again? Still nothing. Maybe a pinprick.

Now the other foot, the doctor said. Now. Stop with that feather, she said. Stop tickling me. Now, said the doctor, all low-throated command in his voice, as if in frustration that she wasn’t obeying, and she let out a yell that might have been heard down a turn or two of the hospital corridor beyond the closed door of the examining room.

He said it was good to know she wasn’t entirely dead. His idea of a joke. He told her to open her eyes and look at what he had been sticking her with it, an open safety pin, big enough for a weapon.

Her feet were going numb. He called what she might have neuropathy, said it meant the messages from her brain to her feet, that communicated the body’s sense of itself in space and powered her balance, weren’t getting through, said that was why she found herself nearly falling and not infrequently staggering, as though she were drunk.

It was true the landscape was shifting, trembling, and her ability to name what she witnessed was slipping. Neuropathy might be what the doctor called what had unsteadied her, but that was not the word she would choose. That word, she could not summon.

He handed her a scribbled note directing her to still another test, asked her to return in a month, and turn over another hour of her life to him.

She secured her mask around her ears before she stepped out into daylight. The doctor had never asked whether she was wearing it, whether she was staying indoors for all but the most necessary of trips, to avoid the disease, the irritation of tear gas that still sometimes lingered from the night into day, the occasional man in a grocery who drew his gun on the store clerk who asked him to wear a mask like everybody else. A few employees had died this way. At home, she isolated herself even from the TV, where the police cracked heads, most of them black, some white. She hated blood, always preferred her own invisibility, She’d heard crazy talk from friends that the election would be postponed, that the man who spouted about carnage would hang on.

She supposed the doctor had never asked about the mask because they were all supposed to be inured to the chaos by now, to walk through the fear while denying its presence, to go numb the way her feet had.

Her legs wavered for no reason she recognized, and she reached out for a concrete column by the hospital entrance. A security guard asked if she needed a wheelchair. No. Absolutely not.  I need to go home. I need my car.

If you have a valet ticket, the valet can get it, the guard said. She ignored him and set out, keeping one hand against the wall of the building as she headed to the garage. The thought of one day needing a cane discouraged her, but she would take her place in line and walk, even if such a hobbled march made no more difference than an unanswered shout in the dark.

Mary Jo Melone’s stories have appeared in The Iron Horse Literary Review, 2 Bridges Review, Gris-Gris, Philadelphia Stories, Crack the Spine, and 15 Views of Tampa Bay. Her non-fiction has appeared in the Tampa Review.

She worked for many years as a metro columnist for the St. Petersburg Times, now the Tampa Bay Times. She began her career as a radio journalist. She holds an MFA from the University of South Florida and as an adjunct professor, teaches Florida fiction in a writing and research course at the University of Tampa. She has attended the Yale Writers Workshop and received an Individual Artists Grant from the Hillsborough County Arts Council.

Not Okay
By Stephanie Sarkissian 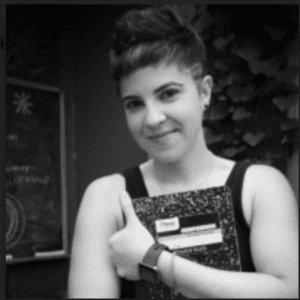 How many times
Have you said good
Because the truth would
Make you misunderstood?

And it’s hard to explain
The brink of suicide without sounding insane
I’d be game if death came calling my name
But I couldn’t end it myself; I’m simply too tame.

Ain’t nothin like disappointing the establishment
I descend into a panic when
I recall growing up Gay, Catholic, and Hispanic. Shit!

You know Black Sheep wear wounds beneath that wool
Yeah. And the demons have some pull
But I’m wide-eyed and stubborn as a baby bull
And though I’m usually bleeding, my heart is always full.

See someone treated me so absurd that
I began to believe I deserved it
Like interest and fees I’d incurred
I don’t mean to disturb, but I’m in need of some love to reverse it.

And did I mention
No one suffers more than those with good intentions?
Treading carefully on shards of apprehension
Waiting ever patiently for their redemption.

And some days
I try to think of fun ways
To rappel down the rabbit hole; see it as a fun place
But wishful thinking only frustrates.

Stephanie Sarkissian, better known simply as “Steph” is an author and slam poet based in St. Petersburg.

She has been writing and performing poetry since 2016. Her debut publication, A Trip Around the Sun, is a fusion of poetry and photography. The book gives a “day in the life” glimpse into the ups and downs of a relationship over the course of a year, culminating in the healing process after a breakup.

Steph is an active member of St. Pete’s spoken word community. When she isn’t writing, you can find her performing live alongside the city’s premiere poets at The Studio@620 and other local venues.  stephthepoet.com