The teachings of Native cultures are of extreme resonance in my life and I view the ancestral knowledge as something sacred that must be remembered and practiced (however im no expert in any of it). The medicina Wheel is such a beautiful message and teaching, it has been incorporated into my artworks before and will be a notable element in my upcoming exhibit at Creative Pinellas Gallery for the Emerging Artist Grantee Exhibit on September 27 2018. 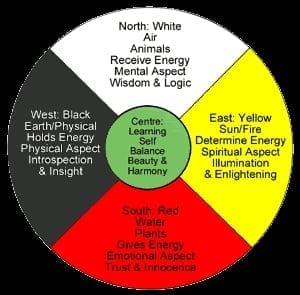 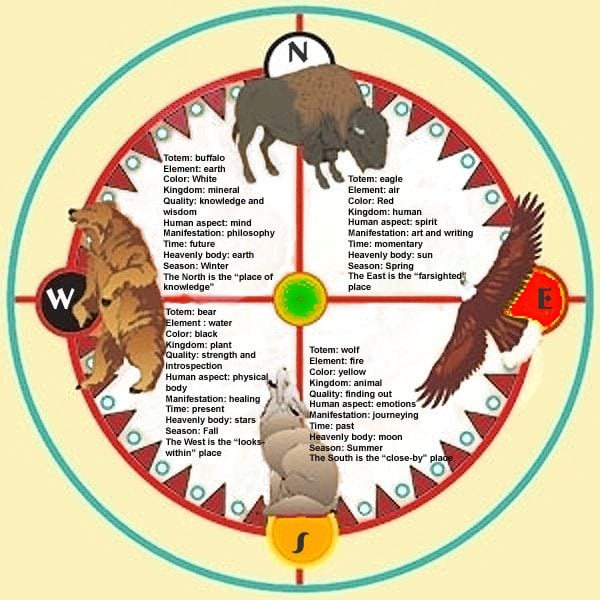 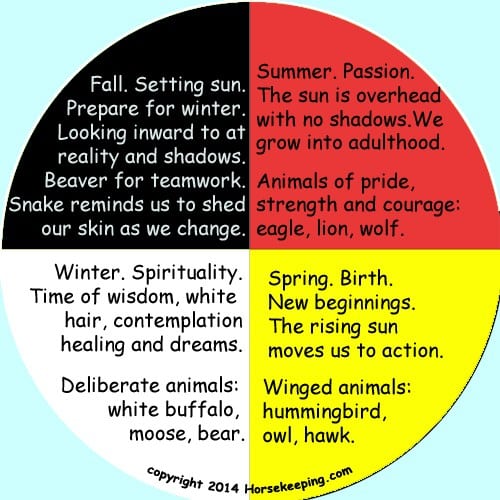 The main characteristic design of the Native American Medicine Wheel is the most basic yet most perfect form – the circle.  This is one absolute not only in Native America for sacred hoops but also for most cultures that have some kind of Circle of Life symbol.  The second aspect of the Native American Medicine Wheel are the two intersecting lines that create a cross in the middle of the circle.  The lines separate the circle into four equal sector parts.   Now that involves what can be seen. The Medicine Wheel must be thought of as floating in space and its cardinal points as well as other points that cannot be seen create a perfect sphere.  Thus creating other points for directions up and down and of course perfect center.

Color Explanation and Color Placement on the Medicine Wheel can vary based on various customs by: Nations, Tribe, Clan, Band, Family and Individual.

While it is true that the most common colors of the Medicine Wheel in Native America are Red, Yellow Black and White, these are not the absolute colors for all Native American Nations.  Some Nations use, Blue in wake of Black, others have Purple instead of Black.  Yet some other Nations have used Green in lieu of Black.

So the four colors of Red, White, Black and Yellow are not set in stone as being for just one People.

It is widely accepted that the Medicine Wheel is a symbol of life and specifically the Circle of Life.  As well known the circle represents perfection as well as infinites since the circle has no beginning or end.  There can many reasons behind the meaning of the circle itself among Nations. This can range from representing the Sun, Moon, Earth, and the Stars to representing concepts of life, continuity, consciousness, energy, and so much more.  It should be stressed that this is not the same from Nation to Nation and there can be some representation that is very secret.  The point at which the lines cross in the middle is extensively accepted as Center.  Like color, which point and which sector represents what can be debated and broadly contested instead of discussed and understood from one person to another.

The part points as well as the four sectors have been attributed to representing the following:

And there are many more!