Portraits of a Mysterious Dog 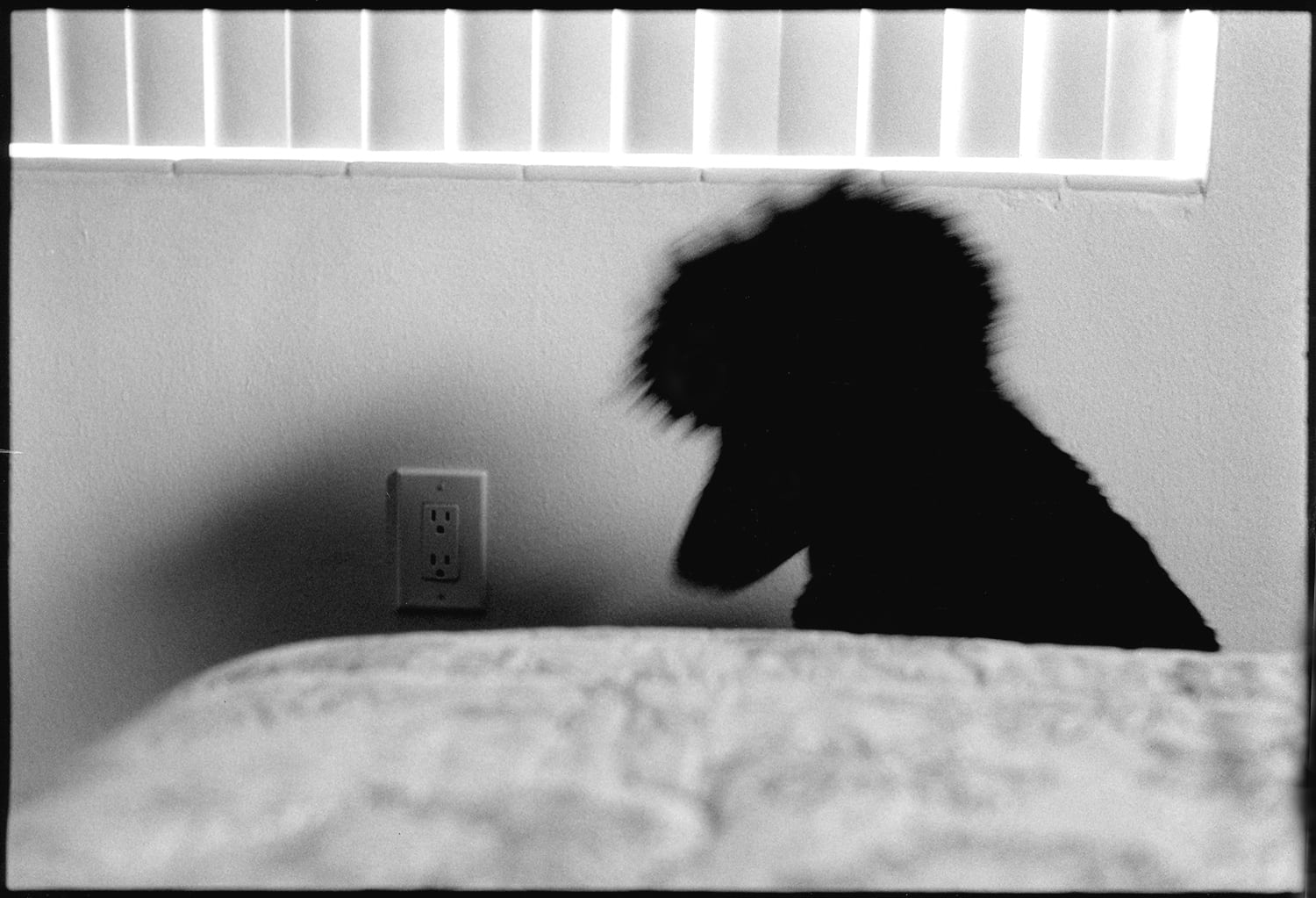 Okay, maybe I’m scrapping for images.  Pet photos.  But this can be a good thing.  With people portraits, I’ve always demanded tact sharp eyes staring at the viewer.  But neither of these photos have those qualities.  Instead, these off-the-cuff-what-the-heck images revealed the true nature of the dog despite my proclivity toward photographic rigidity.  One reward of non-conceptual photography is good luck.

Stella’s blurry silhouette above was shot quickly with the Leica despite my order to stay.  It hints at her shyness, and some indifference.

The image below was intended to be more pointed, a sharp portrait. I had awakened to see Stella staring at me.  Her eyes were intense and demanding.  She had that look dog eyes have when they want something;  sadness, hope, urgency and patience all at once.  The direct sun through the window above the headboard lit her curly hair.  I grabbed the loaded Hasselblad from the closet behind her, returned to the bed, and opened fire at with the lens wide open to blur everything except her.  Had I tried to move her closer to light her eyes I most likely would have lost the shot.  A trained doggy model she is not.

Weeks later, I was unimpressed when I put a loupe over the negative.  But the contact sheet revealed that balanced interplay of light and shadow that turns living color into abstract visual poetry. The bed bright bed sheet, wood floor and part of the wall are tamed by the shadows.

This image breaks my self-imposed “tack-sharp-eyes-staring-back-at-viewer rule.”  The rigid brain said don’t print it.  But the visceral me felt this balanced play of light and dark on the contact sheet that called to be print.  That the photo shows Stella’s personality –  she is intelligent, seemingly thinking all the time –  a just a bonus. 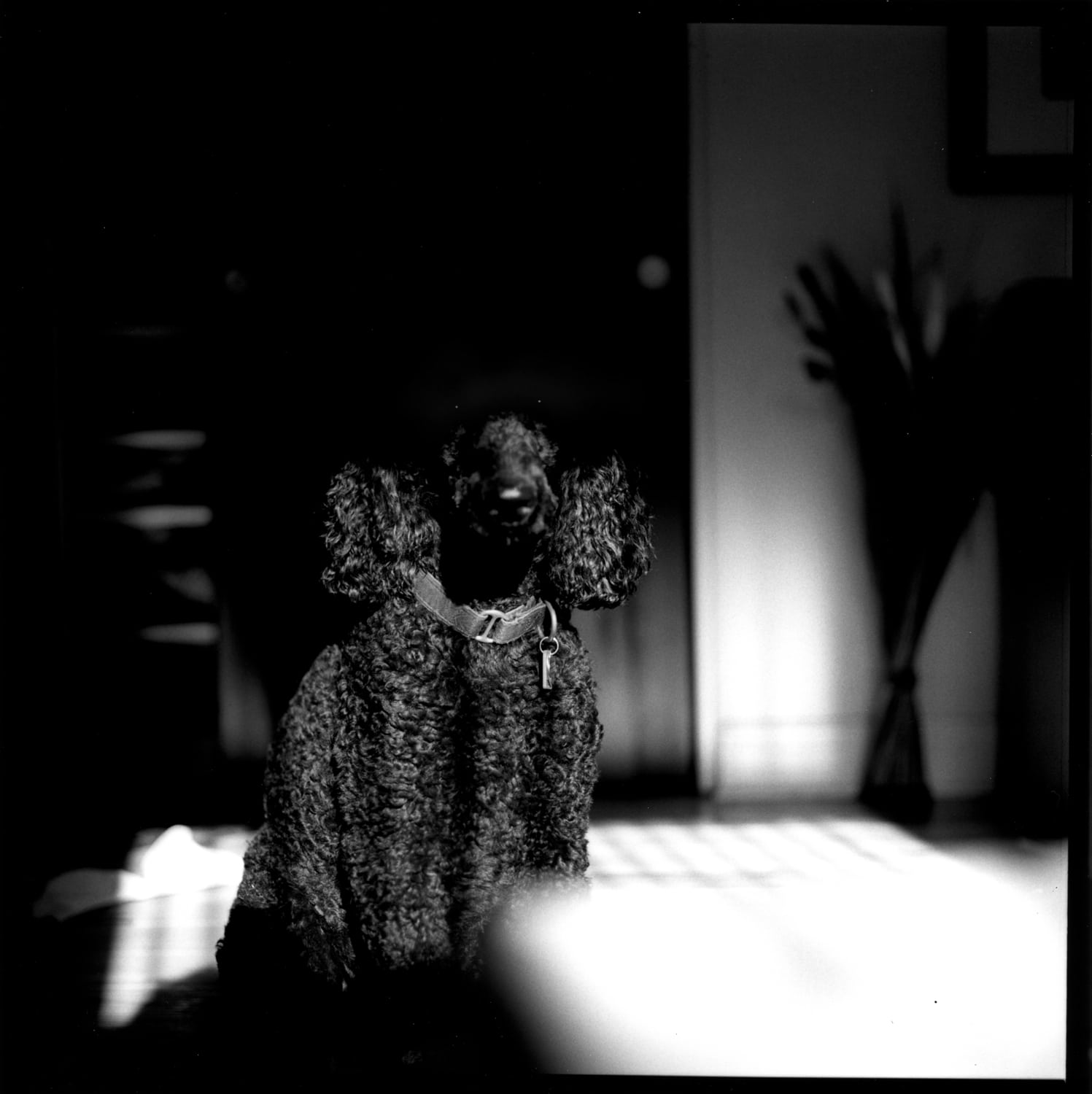