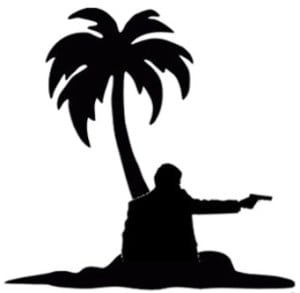 For years, Erin Mitchell has worked tirelessly to persuade her fellow Bouchercon board members to bring the world’s largest mystery convention to her hometown of St. Petersburg.

Now, her dream is coming true. The con named after Hugo and Edgar Award-winning mystery writer, critic and editor Anthony Boucher has registered more than 2,000 readers and will feature more than 600 writers Sept. 6-9 at the Vinoy Renaissance St. Petersburg Resort & Golf Club.

“I’m just so excited,” said Mitchell, a veteran marketing and PR rep who works with authors and publishers, including New York Times bestselling authors Lawrence Block and Reed Farrel Coleman. “St. Pete is such a great place for this event. Over the past five years, (the city) has continued to evolve and become more art-centric than it ever was. The timing (of Bouchercon) has turned out to be fantastic.”

She first became involved with Bouchercon after first attending the convention in Cleveland six years ago.

Though she’d never organized a literary conference before, during her more than 20 years in corporate public relations, she ran both small and large-scale medical conferences. Mitchell immediately recognized that there was room for improvement, “from site selection to programming,” she said.

So, she rolled up her sleeves and got to work.

“You know what they say when people generally complain about things: if you think you can do such a better job, do it yourself,” she said.

With Mitchell at the helm, Bouchercon organizers “have made some specific efforts to include diverse authors in programing, including kicking off all the programming with an event that celebrates lesser known diverse authors,” she said. Also new this year, Bouchercon is introducing an anti-harassment code of conduct for all attendees.

The conference also leans heavily on Florida-based authors to participate in panels on various topics. Nearly 25 percent of the American authors attending are from the Sunshine State, Mitchell said. “There are a lot of authors here, especially in the Tampa Bay area.”

Throughout the planning of this year’s event, she’s worked closely with local chapters of The Mystery Writers of America and Sisters in Crime, she added. Visit Florida, the state’s official tourism resource, was also “tremendously helpful,” offering the convention a $10,000 grant to host the 2018 event in St. Petersburg and joining the con in Toronto last year as a vendor, she said.

“They’ve been wonderful, really instrumental in helping to make this happen,” Mitchell said.

Registration for the convention is open through Sept. 2. More information can be found at bouchercon2018.com.

John D. MacDonald, the late crime and suspense novelist best known for his Travis McGee series, will be celebrated at this year’s Bouchercon as the “Ghost of Honor.” MacDonald, who spent much of his life in nearby Sarasota, has a short story, “The Hangover,” included in the conference’s 2018 anthology. A panel of writers – Ace Atkins, Craig Pittman, Andrew MacDonald and Wallace Stroby, moderated by Calvin Branche – will also pay homage to him in the “Celebrating John D. MacDonald” panel Friday at 3 p.m.

St. Petersburg resident Gale Massey, who recently released her debut novel, “The Girl from Blind River,” will be part of the “Backdrops Come to Life – Setting as Character” panel Saturday, 9 a.m. galemasseybooks.com,  creativepinellas.org/magazine-items/gale-massey-gambles-on-fiction

Seminole’s Carol Perry, the author of the Witch City mystery series, will be part of the panel “Cozied up to the Afterlife – Paranormal Cozies,” Saturday, 10 a.m.  caroljperry.com

Craig Pittman, Tampa Bay Times environmental reporter and author of several non-fiction books, including Oh, Florida, tries his hand at fiction in this year’s Bouchercon anthology, which features his short story “How to Handle a Shovel.” On Thursday, 1 p.m., he’ll join others included in the anthology for an author panel and signing. He’s also part of the “Celebrating John D. MacDonald” panel Friday, 3 p.m., and will moderate “The Life and Crimes of Florida Man (and Woman)” (Friday, 11 a.m.)  craigpittman.com

Former St. Petersburg resident (she moved to Hernando County last year) Steph Post is the author of four novels, including the forthcoming Miraculum. Find her at Bouchercon on the panels “The Life and Crimes of Florida Man (and Woman),” Friday, 11 a.m., and “Southern Crime Fiction,” Saturday, 3 p.m. stephpostauthor.blogspot.com

Tierra Verde-based New York Times bestseller Lori Roy recently released her fourth novel, The Disappearing, set in the Sunshine State and inspired by the true story of abuse and deaths at the Arthur G. Dozier School for Boys in north Florida. She will be on the panel “Women Who Thrill,” Saturday, 10 a.m.  loriroy.com

Gulfport resident Alison Solomon, author of “Timing is Everything” and “Along Came the Rain,” will participate in the “LGBTQ in Crime Fiction” panel Thursday, 4 p.m.  alisonrsolomon.com

Clearwater resident Lisa Unger is the New York Times bestselling author of 16 novels. Her newest title, the psychological thriller Under My Skin, will be released Oct. 2. In addition to serving as this year’s Bouchercon Toastmaster, she’ll participate in several panels, including “Setting the Stage: The Importance of Setting,” Thursday, 10 a.m., and “Fear Factor – Threatening Family in Thrillers,” Friday, 10 a.m.  lisaunger.com