A View Into My Thoughts 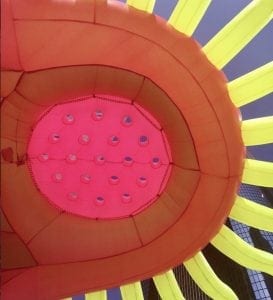 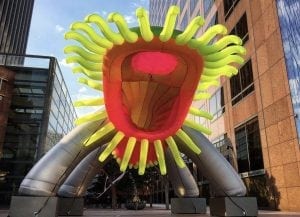 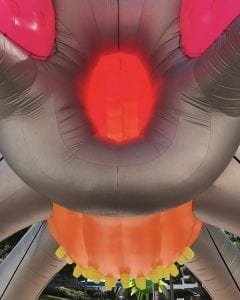 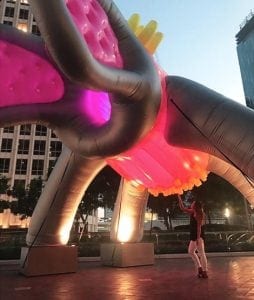 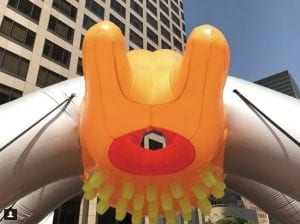 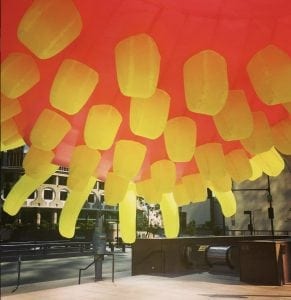 This week I was interviewed by Metro New York & life Below Canal about Animal Soul. Here are the questions and answers for anyone interested. To give more context, I am including some images of the new inflatable sculptures that were commissioned by Arts Brookfield.

Most of my work responds to architecture. Sculptures I make interpret the space they inhabit in a way that is intended to engage viewers with an awe inspiring experience. With Animal Soul, I was able to think about the sculptures as both architecture as well as artistic expression. This meant that the sculptures would stand alone and act almost as a type of shelter for visitors to explore and take cover under. All the while maintaining the biological feel that is characteristic in my work. In all of my work I employ curves, shapes, and embellishments that are directly borrowed from nature so they have a very familiar essence. I don’t think of the pieces as actual animals or mean them to be understood as any specific type of creature. I want them to remain ambiguous so that each viewer may have a more personal experience bringing their own interpretation.

There is an immediacy with inflatables. When a small puddle of materials can be inflated to instantly become a giant work of art, it feels magical. In fact, balloons in general seem to have a magical quality. They seem to defy gravity and logic. I love inflatables because there is so much versatility and inherent joy in the process and most especially in the experience of the viewers. It is of primary importance to me that my work has the power to stun and surprise people. When we encounter something new like a massive work of art for the first, time everything stops even if only for a moment, we become transfixed. Everything else fades away and there is only this connected moment. For me, this is the greatest gift I can give my audience, or the world. A break from the constant flow of compulsive thoughts and divisive images and headlines we’re bombarded with.

In this way my work is not only a physical shelter for exploration but a kind of respite from our own crowded thoughts that allows us to build new neural networks, open mental doorways for interesting and uplifting occurrences in our daily lives.

In November 2004 I was invited to make an installation at The Scope Art Show. which has since become one of the big art fairs during Miami Basel, and Basel Switzerland Frieze London and Armory New York. The fair was taking place at a posh hotel just near The Frieze Art Fair and I was given permission by the manager of the hotel to adhere thousands of small red, yellow and orange squiggle shaped balloons to the walls of the hotel lobby to make it look like it was engulfed in flames. It was intended to reference the London Fire and make a connection to the new security alert system that was being shoved down our throats by the 2nd Bush administration. I spend about 36 hours blowing up and shaping thousands of balloons and sticking them everywhere. There was still some time before the opening at 10am but I was exhausted and needed a rest so I went to bed for about 4 hours, when I came down at 8am everything had been removed. The hotel manager who’d given me permission had left and the incoming manager was not pleased. Not only was all of my work thrown in the trash but I was slapped with a bill for 5000 Pounds for damages to the walls. It was devastating. There was no way I could pay the bill, I had less than a hundred dollars to my name and was months late on rent back home. I spent the next 30 hours or so in a complete tailspin. But then, like a strike of lightning I had an idea to make a form with all of the balloons I still had left. I could visualize the entire thing in my mind. It was the most inspired moment I can remember. I ran to a spot down hall from my room in front of the elevator banks where the light was very good and I was sure everyone would see it, and I began work on the first sculpture with latex balloons. I worked for hours and by 10a the gallery owners and directors were all passing by on their way to breakfast and there was an overwhelming sense of amazement. It felt like a miraculous rebirth. By the end of the weekend I had received several offers to make more works. I became extremely busy almost overnight. By the end of 2005 I had literally been around the world.

There have been many of course, but one that continues to shape my ideas about what to make next, or more importantly, what not to make, was by an art history professor I had in graduate school at SCAD. The course was history of Post-Modern art and at one point in the class someone asked who determines what a movement in art is called, and what did she predict would be the next big history making movement. Her answer still make the most sense to me of all of the things I heard in my development. She said the names of movements seem to catalyze on their own somehow, and that she couldn’t guess what the next movement would be, but that a lot of artists make work that is sarcastically or defiantly in reaction to all of humanities mistakes or flaws, and that work ultimately becomes part of a problematic lexicon, More rubbish. More to remind us of everything that make us mad. She said she hoped that the next generation of artists might find ways to express what is good, and hopeful, and may point to the way humans may find commonality and joy and happiness in their lives.

I’m always working on several projects but I don’t often let out many details until shortly before the exhibitions or events. I prefer to maintain attention on the most current event so as not to detract from it in any way. But if anyone is interested they should check in on my website Jasonhackenwerth.com or my instagram feed. @hackenwerth