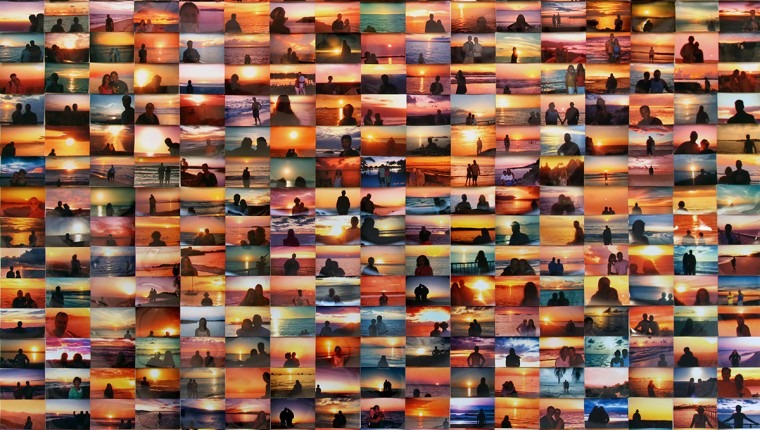 Metadata at The Ringling

. . .
Metadata: Rethinking Photography in the 21st Century at the John and Mable Ringling Museum of Art in Sarasota gives a new perspective on the artform we all know so well.

Two decades after the crisis of digitization, photography is going through a series of changes. Culturally, photography has become integral to the way we communicate, which has led to a shift in how artists approach the artform. Metadata reflects photography’s role in our lives, and the ways artists have reacted to it.

The term ‘metadata’ refers to the information embedded in a digital photograph. This information includes attributes such as file size, exposure settings, and the keywords that allow for it to be searched online.

In an artistic context, metadata can be understood to have a more poetic meaning. This exhibition defines the term with fruitful ambiguity. In this context, metadata serves to signify how the medium of photography has become embedded in our society.
. . .

Penelope Umbrico emphasizes the underlying humanity of social media by recontextualizing images from Craigslist and Flickr. Mladen Bizumic mixes analog with digital technologies to explore the formal uncertainties of photography. Mohsen Azar interprets data from some of today’s most provocative imagery into glowing light boxes.
. . .

. . .
Ali Feser and Jason Lazarus uncover the hidden racist history at Kodak. Joy Boulamwini shines a light on the discriminatory practices of facial recognition software. Rafael Lazano-Hemmer searches for Mexican students who went missing in 2014 by scanning the faces of gallery-goers.

. . .
None of the artists on view create what we might think of as traditional photographs. Some of the artists are photographers, in that they use cameras and prints in their work, but others can be characterized as having a photographic practice. Curator Christopher Jones says, “The definition of photography is slippery and ever-evolving… It feels like there are so many artists who want to engage with conceptual and critical issues of photographic image-making, and it feels like we are at an inflection point right now — that work feels very salient.”

Jones even theorizes a new type of photographic image that has had its pictorial function displaced. “The image is more of a node where variable data can be recorded and read, in real time, by an automated system or algorithm.”

One artist in Metadata who engages with conceptual and critical issues of photography is Mladen Bizumic. For his multi-part installation, MoMa’s Baby (2022), Bizumic juxtaposes the first digitized image with abstractions made from a malfunctioning scanner, and snapshots depicting the interior of his studio.

Bizumic describes how his use of the scanner, which was functionally inhibited by fungus growing on the ground glass, is an example of the failures of image-making technologies. He says, “This exceeds the ability of the machine to reproduce an image, and produces an abstract, tactile image of its own entirely material production.”
. . .

. . .
Snapshots showing the interior of Bizumic’s studio inform the more abstract depictions of the installation. They’re ‘metadata’ in a different way. Bizumic says, “You could certainly say, they’re ‘metadata’ if we consider metadata to be partly internal and partly external information that helps us understand the meaning of an individual image.”

Bizumic relates his artistic motivations to the opening line of George Baker’s 2005 essay, “Photography’s Expanded Field,” which reads, “I begin not with a negative, nor with a print, but with a screen.”[1] Bizumic says, “Yes, that screen which, I would dare to claim, has triggered the ontological questioning of the photographic. The ‘counter presence,’ according to Baker, is ‘pushing the still image into a field of both multiple social layers and incomplete image fragments’ and therefore expanding the photographic in different ways.”

Bizumic sees analog and digital technologies as having a somewhat blended identity. He explains, “As an image-maker who was trained to use photochemical processes, I belong to that in-between generation that is not fully analog but certainly not what you would call digital natives. This is a paradoxical, yet productive position to work from. I’ve seen many films be discontinued, entire manufacturing plants closed, jobs outsourced, and entire industries erased.”

Bizumic sees the recent resurgence of analog technologies as providing a useful balance to digitization. He describes how they’re inter-related by saying, “This new life of the analog, of course, would be impossible without the digital screen. Therefore, to talk about it, I assume the term that might be closer to how it operates is the analog-digital exchange.”
. . .

. . .
Another artist in Metadata, Penelope Umbrico, treats photography as a node where variable data can be recorded and read. Umbrico’s TVs from Craigslist (2008 – present) shows, in the reflections of their gray-black screens, the domestic settings of the people selling TVs on Craigslist. The frames of the images are cropped to fit the dimensions of the pictured TV screen, so all we see are reflected scenes of unmade beds, messy coffee tables, and unintended selfies with that unrelenting glare of a phone’s flash.

Umbrico says, “I find it fascinating that the forgotten, un-authored, throw-away pics of TVs for sale have, in their reflections, a reveal of individuals in their private spaces – of intimacy and humanity.” By compiling these images, and showing how vulnerable and sincere they can be, Umbrico is exposing universality in the least likely of places.

Also on view is Umbrico’s Sunset Portraits from 8,462,359 Sunset Pictures on Flickr on 12/21/10 (2010). This work consists of hundreds of versions of a photography cliché that anyone who has ever owned a camera has created. When photographing people in front of a sunset, automatic exposure settings often create polychromatic skies and gradients of warm tones – so the figures in these images are all severely underexposed and appear as dark silhouettes.
. . .

. . .
Presented as a large-scale grid that takes up the entire wall of the gallery, this work presents countless supposedly special moments all at once. As a result of Umbrico’s creative process, the people in the photos become afterthoughts. The work is an example of how the act of photographing represents a yearning for community motivated by a fear of being forgotten. Umbrico says, “There’s a comfort in knowing you’re participating in something that everyone else participates in.”

Metadata is the organizing principle behind both of Umbrico’s artworks on view in this exhibition. Specifically, searching for keywords on Craigslist and Flickr compiled the images for each piece. In the context of this exhibition, these images are the ‘metadata’ of our collective human experience.

Umbrico says, “The work isn’t about TVs for sale, or sunset pics, it’s how these image phenomena reveal underlying aspects of our culture – patterns that can only be seen through the aggregate of image information.”

Metadata: Rethinking Photography in the 21st Century suggests a more socially-oriented, decentralized path forward for the artform. Viewers will experience how varied the style of today’s artistic practices of photography can be. Whether it’s a conceptual approach that bridges the analog-digital divide, or a multi-authored utilization of the often-overlooked side of reproducibility, Metadata offers a new, expanded style of photography – born from digitization – that artistically incorporates materials that once were beyond its capacity.
. . .