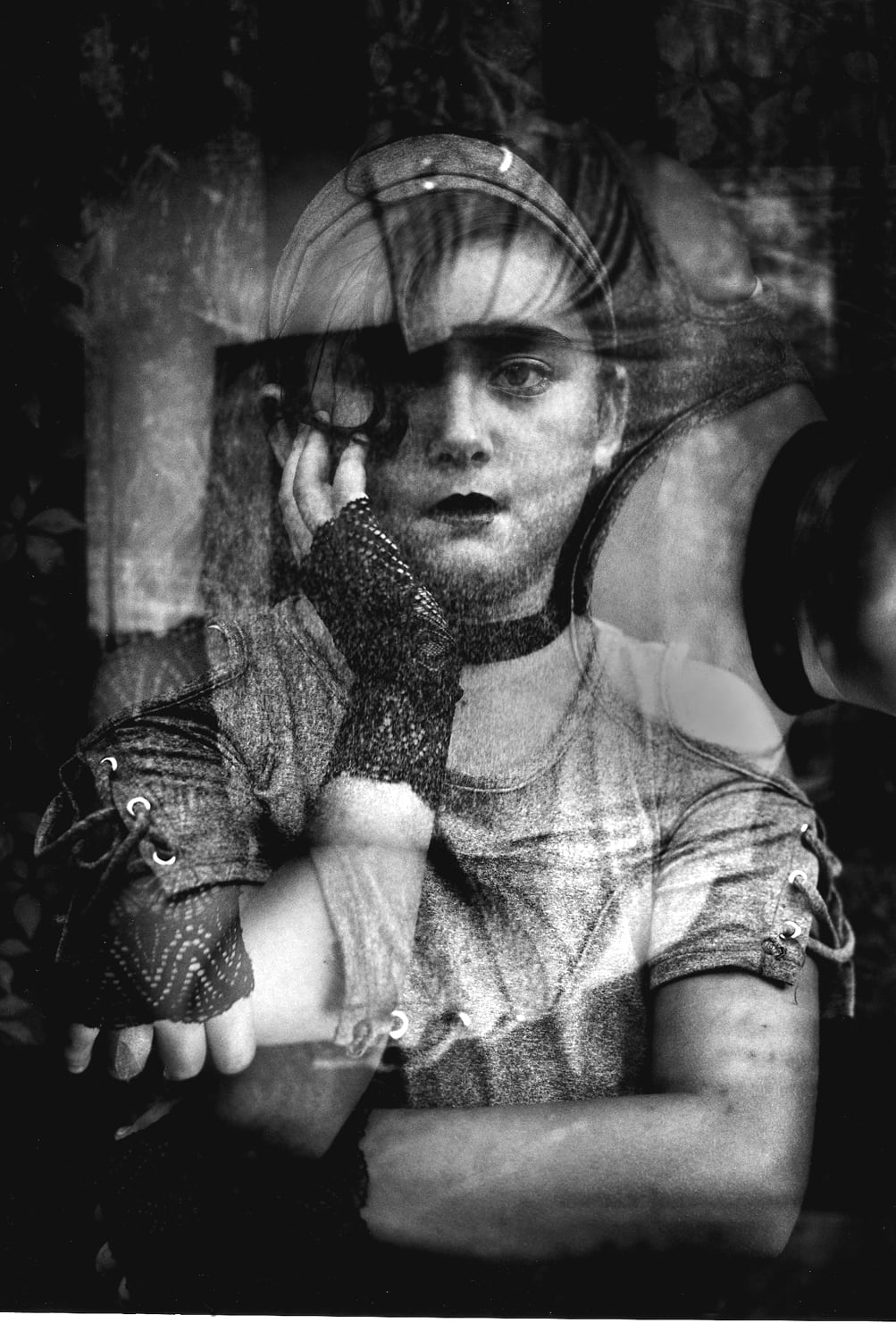 This photo was an accident.  I loaded the first 4 x 5 film sheet horizontally, and shot.  Then I changed the rear ground glass from horizontal to vertical, but forgot to flip the film holder over to shoot on the second, unexposed negative.

“Papa, you used that side already,”  Lilli said, without breaking her pose. “No I didn’t,” I said.  She was right.  I was wrong.  I was concentrating on other camera settings.  She was staring straight at the camera and had seen my error. But I got lucky; my wrong resulted in an interesting image.  I probably couldn’t repeat this image if I tried.

It was only after the wet 8 x 10 print was slapped on the spot-lighted Plexiglass in the darkroom that I saw the potential.  I grabbed the L-shaped mat board pieces I use as croppers and slowly closed them in on the center of the print until my eye said stop.  I liked how the right angle of the arms formed a border around Lilli.  The shirt wrinkles in the horizontal image look like abstracted eyelashes over her visible left eye.  I think the graininess and contrast due to the over exposure give the image an intensity.