This week we’re headed to the national Dramatists Guild conference, held this time in Manhattan. The Dramatists Guild is a professional union for playwrights, and I made sure to join right after my first staged reading. 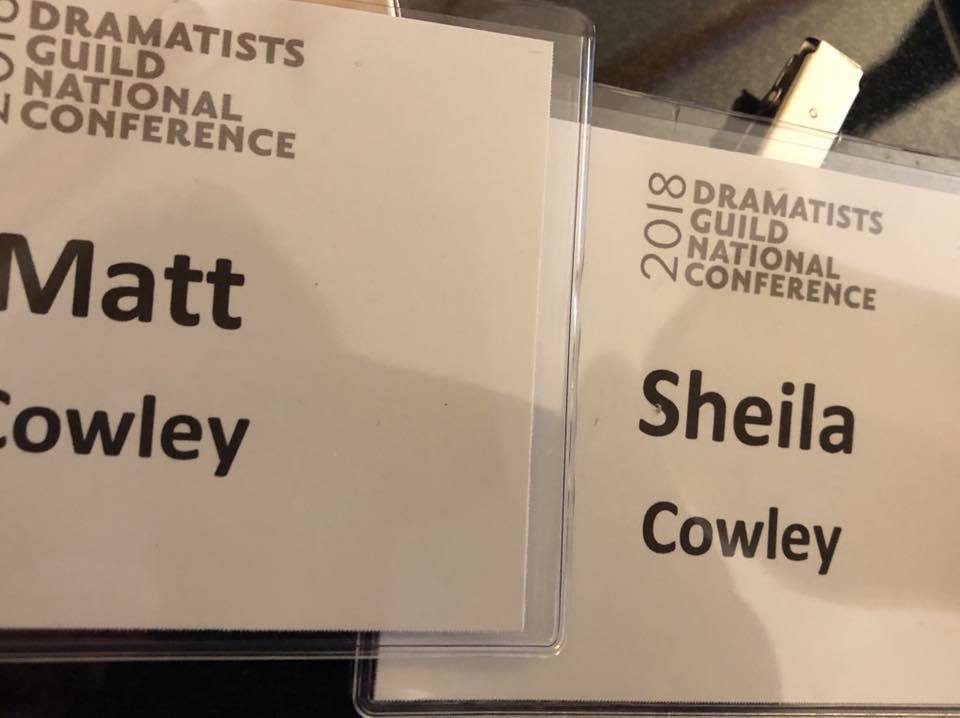 The Guild are ever-helpful and lovely people, and it’s wonderful to catch up with long-distance colleagues and get to know people doing good work all over the country.

With brilliant timing, Urban Stages scheduled a staged reading of Flying the night before the conference as part of their Summer Reading Series, so we were able to attend. 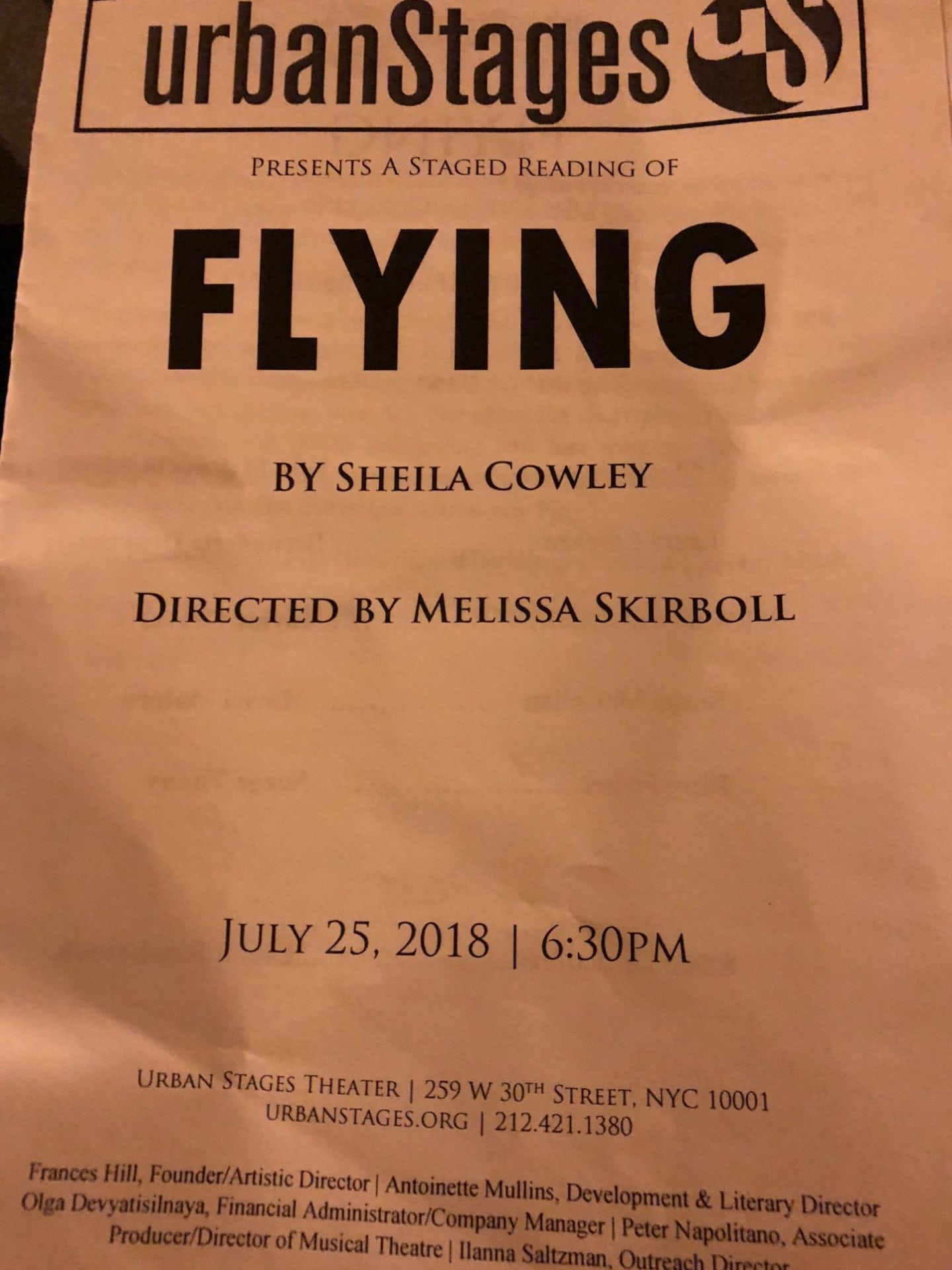 They contacted me months ago, after choosing several scripts out of 500 submissions. It’s lucky we were going to be in NY for the conference.

Urban Stages is a lovely, intimate black box theatre with comfortable seats sloping up so everyone can see. Everyone involved was very welcoming, and loved the script. They only had that afternoon to rehearse, but delivered a beautiful story for an enthusiastic small crowd.

What director Melissa Skirboll and artistic director Frances Hill did that no other theatre had done, is embrace diverse casting in a lead role. Almost all of the women in WWII’s WASP program were white, but I wrote the script for deliberately diverse casting, knowing it’s historically inaccurate – but I don’t ever want to write a script that only white actors can be in. 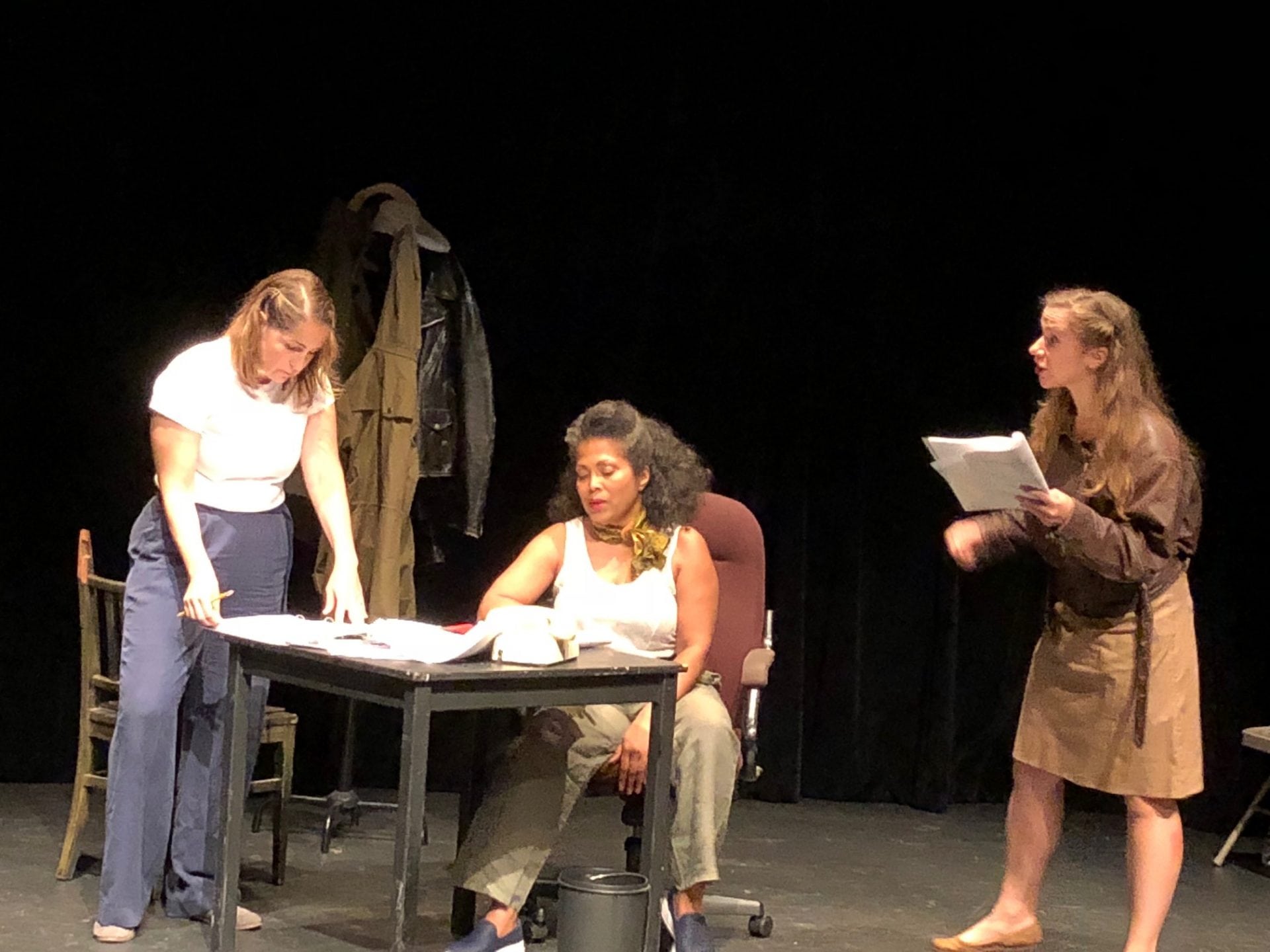 It was the first time anyone had cast an African American as the wounded combat veteran, which was wonderful to see. Serge Thony was a natural fit, the audience took him for granted as a WWII veteran whose career as a high school coach has been derailed by injury. So I was very glad that I’d been proven right, and casts of any ethnicity can make Flying work.

Mariel Matero, Taylor Graves and Bernadette were terrific as the pilots, along with Kim Allen as Doc.

And it was wonderful to meet Emily Andren of Playwrights First, who got in touch with me when Stay was a semi-finalist in 2010, and suggested I cut one of the characters. She was absolutely right and I wound up cutting two and that was a big step in that play’s growth. She and James Harter had read Flying for the competition and James performed in Teatime in the NYC production at Schreiber Shorts, so it was lovely that they came to see the reading and we got a chance to talk.

The surprise guest in the audience was actor Johanna Griesé, who was in an early workshop of Flying scenes and is living in New York now and working as an actor. 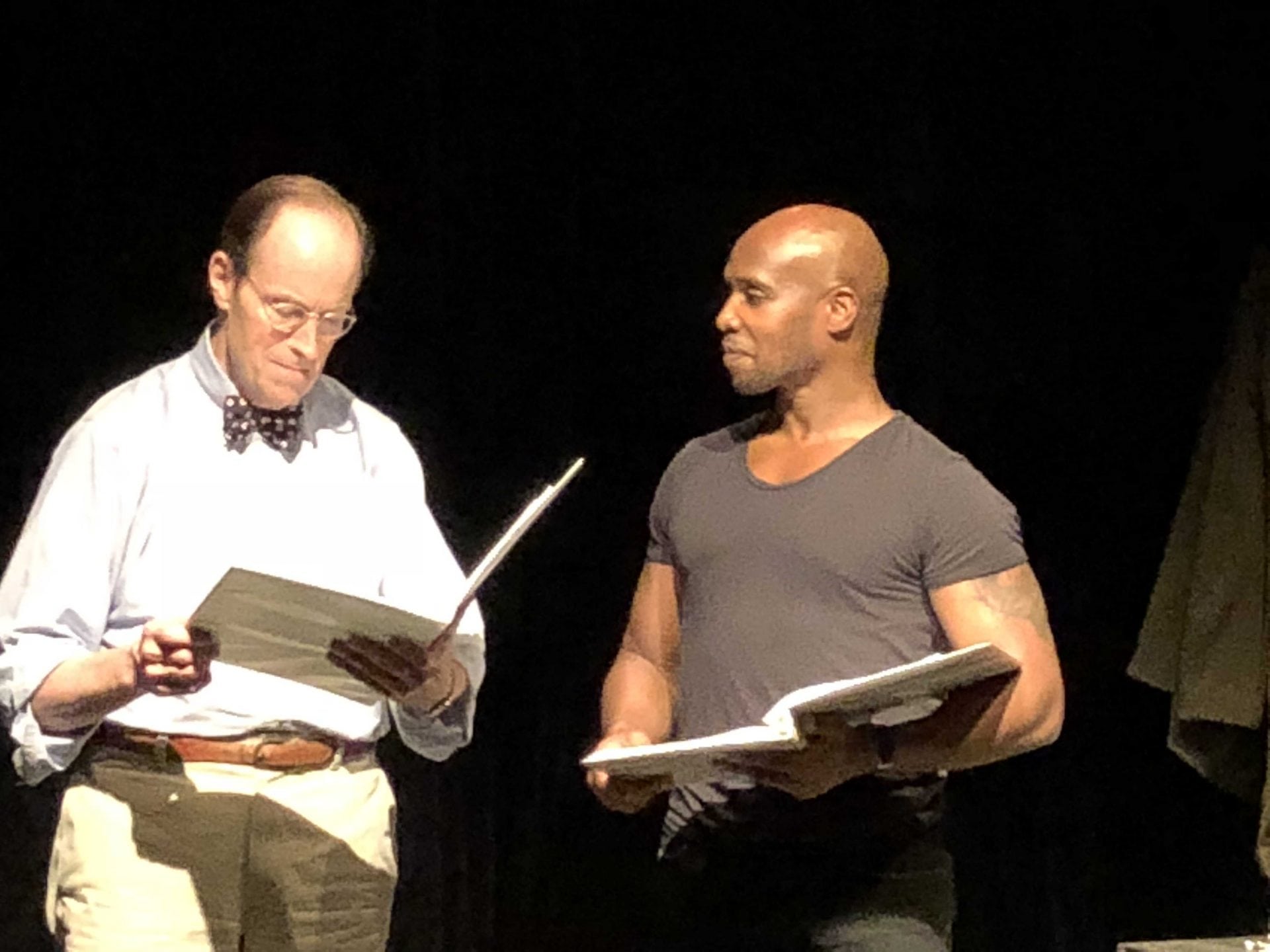 The Dramatists Guild conference was energizing and inspiring, with workshops on site-specific theatre, self-production, writers’ collectives, finding your audience and networking, and plenty of chances to talk with old friends and make new ones, and lots of good information. It’s a wonderful reminder that we’re not alone, and that everyone is writing, rewriting, sending scripts out and getting rejections, and growing as a playwright.

Matt and I are fortunate to both get chosen from a random lottery to attend Paula Vogel’s four-hour bootcamp. As famous as she is, she’s a funny, generous and encouraging teacher, and we come away with many new ideas to try.