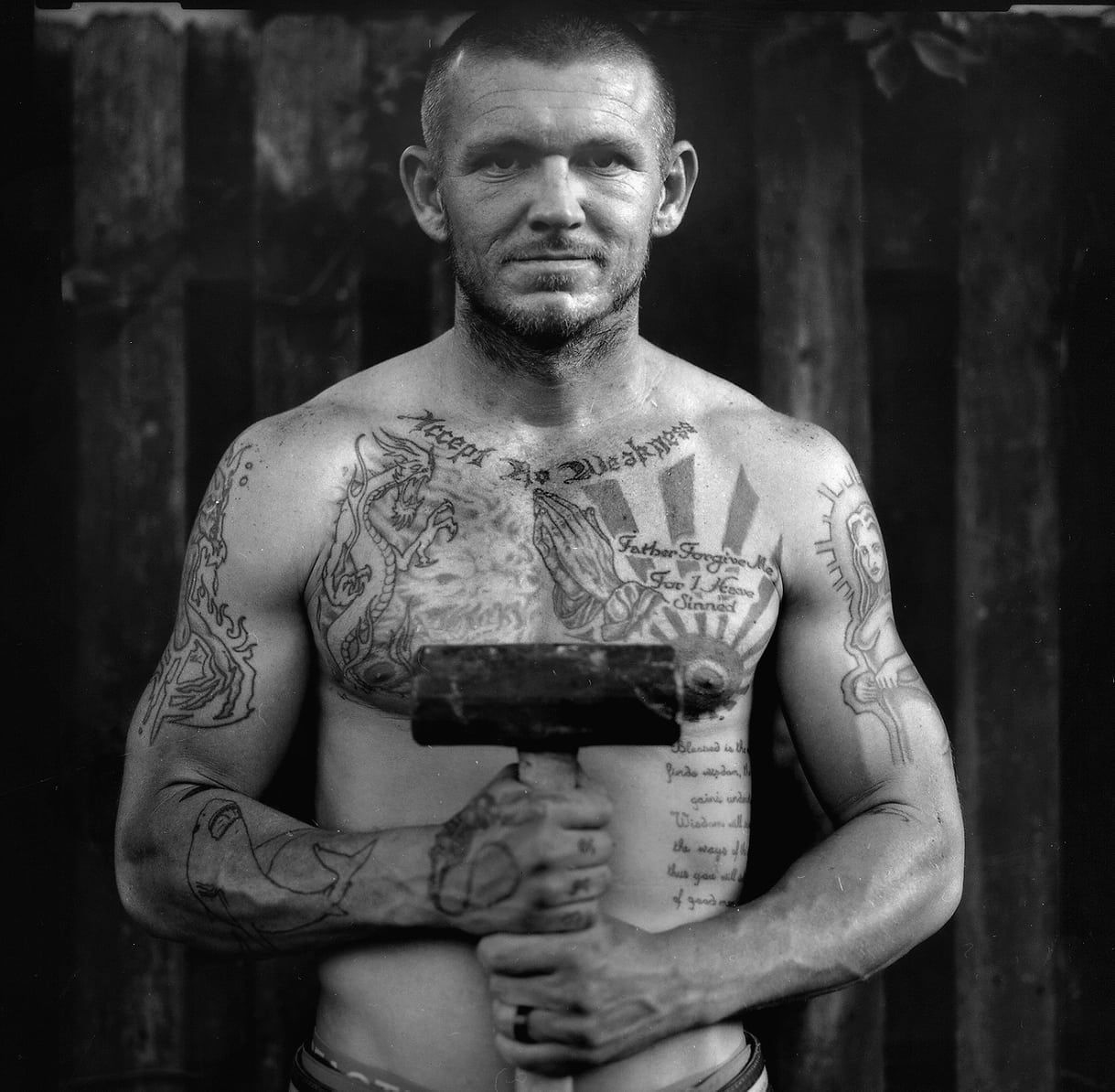 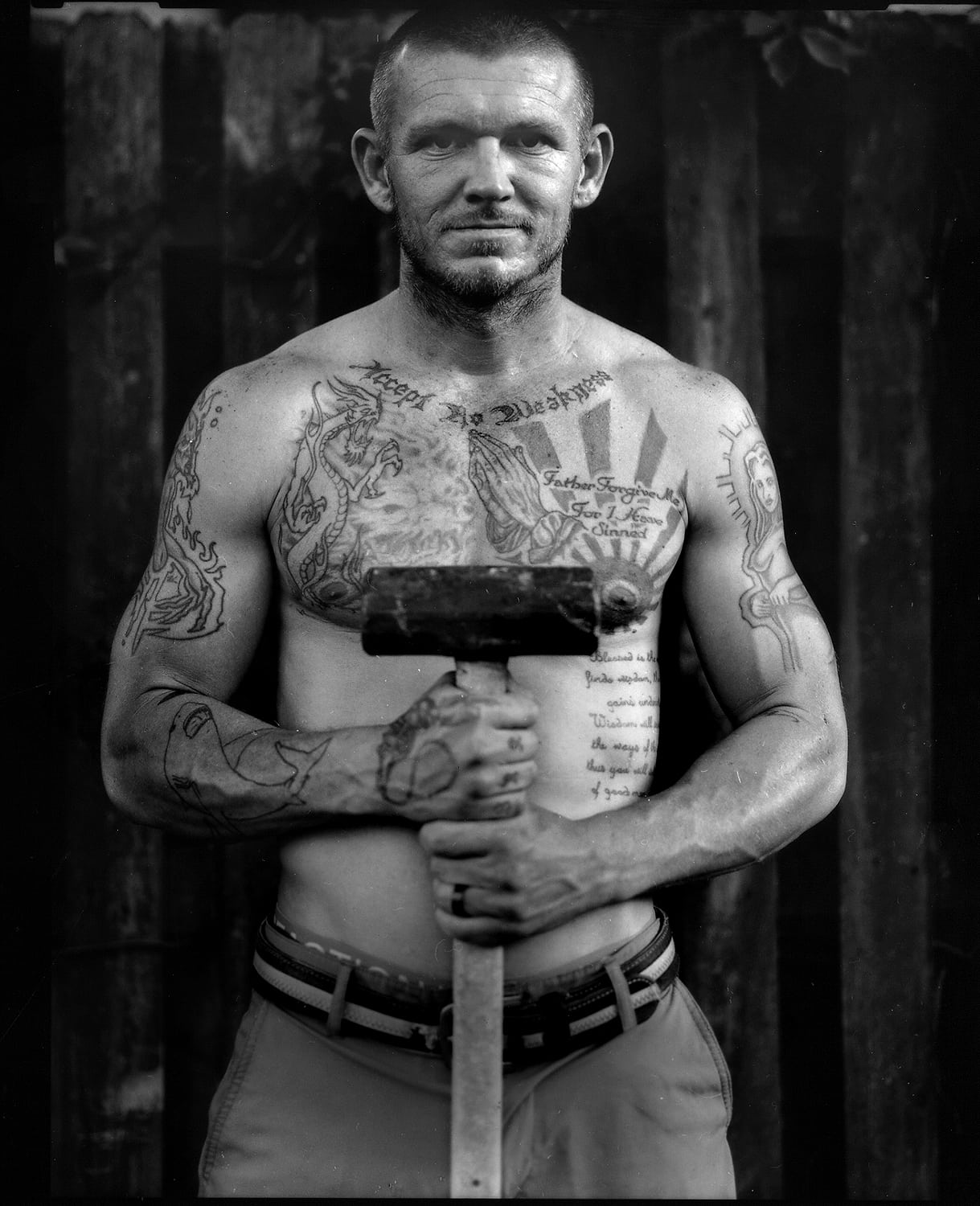 I shot my son-in-law to practice with the 4 x 5 view camera. I am familiar with the light before dusk at this particular spot in his backyard. It’s the closest thing to a “studio” I have. Light skin against this dark weathered fence works. And Josh is patient. He’s family. That’s what a beginner large format shooter like me needs.

So I was thinking light skin and the working man’s physique. But when I put a loupe over the negative in the darkroom I read the tattoos. I’ve known Josh eight years. But   who really reads someone’s tattoos? Maybe an intimate family member. A child sitting next to his tattooed dad on the couch? A spouse? A lover? I don’t know. Everybody has tattoos. But personally I am not inclined to stare at another man’s nipples to read his tattoos.

But we can stare at photographs. Wish I would have thought all this out before setting up the shot. Hence, the cropped image. Took the dark pants out. A distraction. If only I had increased the lens depth of field significantly, the hands, eyes and body tattoos would have been sharper.

And I have to give credit to Josh. I had him hold the sledgehammer at an angle at first. The hammer’s head was in his right hand in front of his right shoulder; his left hand toward the bottom of the handle by his left hip. He just shifted it into a symmetrical position instinctively as it was easier to hold. It opened up his entire torso.