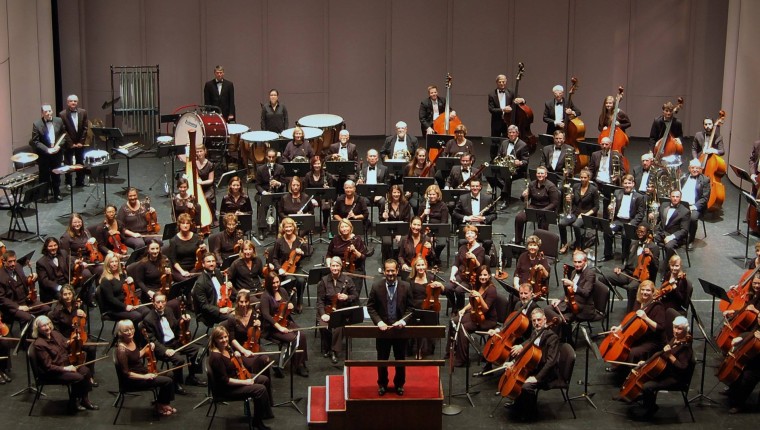 Eunice Park isn’t one to fiddle around

You can listen to an audio version of this story with music, here

. . .
This week, the 13-year-old will be doing her homework around practicing Felix Mendelssohn’s beloved Violin Concerto, which she plays as soloist with the Tampa Bay Symphony on Sunday and Tuesday.

“I can’t lie – I’ll be nervous,” says Eunice Park, who lives with her family in Orlando. “Whenever I perform, the audience makes me so excited, but I’m nervous at the same time.”

. . .
Park is the winner of the Jack Heller Young Artist Competition (named after the orchestra’s late music director), and she chose to play the opening movement of Mendelssohn’s famed concerto. She’s known it for years, and plans to give it her personal stamp.

“I’ll try to deliver something different for my audience, my own variety of colors,” she says. “It’s really about storytelling, so I hope the audience feels what I feel and how much passion I have for this piece. It’s really lyrical and needs to be very precise and clear.”

Many professional violinists spend their lives performing the work, so Park is off to a good start, says her mother, Jasmine Jung.

“I’m very proud of her for taking a step toward her dream,” she says. “But I feel sorry for her because I’m a musician too and I know how hard it is to master a great work like this. She’s doing great and I believe she can overcome her limitations.”
. . .

. . .
Park hopes to one day play with a major orchestra and possibly carve out a career as a concert violinist. She’s hardly a stranger to the world of classical music.

Born in Seoul, South Korea, she began playing the violin at age six, and two years later moved with her family to Boston to study at the New England Conservatory. She took lessons with Malcolm Lowe, former concertmaster of the Boston Symphony Orchestra, and has since won a number of top honors at youth competitions around the country. Her most recent award with the Tampa Bay Symphony, her mother says, is another tribute to her talent and desire.

The all-volunteer orchestra includes 70 musicians ages 18 to 80 and serves as a platform for people who want to play part-time, but still tackle challenging works. Music director Mark Sforzini has guaranteed the latter, adding to the program one of the most difficult works in the repertoire – the Symphony No. 1 by Johannes Brahms.
. . .

The Tampa Bay Symphony’s winter performance at the Palladium included the world
premiere of a work from the orchestra’s annual International Composition Competition
. . .
The orchestra’s commitment to making music for area audiences recently earned it a $10,000 Pinellas Recovers Grant, provided by Creative Pinellas through a grant from the National Endowment for the Arts American Rescue Plan. The money will be used to pay for hall rentals, which otherwise must come out of the group’s $100,000 annual operating budget.

“Our musicians exhibit a special sense of joy and love for the music which I believe is tangibly felt in the audience,” says Sforzini, who also is artistic director for the St. Petersburg Opera. “The players are part of a mission to inspire one another and unite in building a tremendous musical creation. They are ambassadors for music in the Tampa Bay area.”

They also share the same passion, says oboist Darlene Davis, who moved to Tampa from New Hampshire after graduating college, and wanted to join a part-time orchestra. She auditioned with the group and has been a member for the last 26 years.

“I had performed in several paid and unpaid community orchestras through high school and college so when I found out about the Tampa Bay Symphony, I thought it would be a good starting place to keep me playing until I found something better,” Davis says.

“I never imagined I would find such a high-quality orchestra to grow with,” she adds. “This is truly a community treasure, providing friendships, networking and a rich musical experience for musicians and audiences. I’m grateful and proud to be a member.”
. . .

. . .
Nancy Corporon, who plays principal horn, echoes her colleague’s thoughts. After retiring from a freelance career in which she performed with the Chicago Symphony, on Broadway and at Lincoln Center, she assumed her marriage with symphonic masterpieces was over.

“Then, in 2014, I was invited to substitute with the Tampa Bay Symphony,” she says. “That night, the magic began. By 2016, I had auditioned for and won the principal horn chair and with it, a chance to play many classics I thought were behind me forever. The richness of the Tampa Bay Symphony experience has shown me that second chances do exist.”

Paul Kurtz, who plays double bass, says the orchestra is more than about music – it’s about people.

“The beauty of our group lies in the members,” says the 20-year veteran. “It’s a beautiful blend of young, old, Black, white, brown, yellow, straight, gay – basically, come as you are. And to me that is a true reflection of community.

“Since we are all volunteers, there is a significant commitment of time and energy – so the music really binds us all together.”
. . .

Tickets are $20 general admission.
Free for those 18 and under, and college students with ID.
727-827-8087 or tampabaysymphony.org