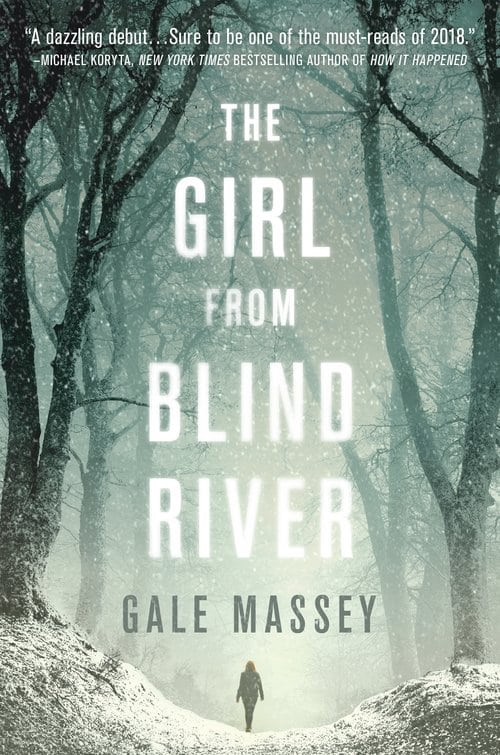 The St. Petersburg-based author’s new novel, The Girl from Blind River, may just be a high-stakes win.

St. Petersburg author Gale Massey has always been a skilled writer. For her graduate school thesis,  she published a booklet breaking down her grieving process after a friend passed away, based on Elizabeth Kubler-Ross’s model. She said that put “into prose language what people would benefit from, rather than dry clinical language.”  More than two decades later, this booklet is still in print.

But Massey has dreamed of writing fiction, too. She struggled with finding her voice as a novelist, though, and it wasn’t until she first attended Eckerd College’s Writers in Paradise conference that she “began understanding the concept of what a novel is,” she said.

“I had wanted to write fiction for a long time, but I didn’t really have the skill set,” she admitted. “I think (WIP) helped me focus and start taking the craft of writing seriously.”

Initially, Massey, who attended WIP for eight of the past nine years, hoped to finish a semi-autobiographical novel based on her family and youth growing up in the Pinellas Park area. Though she successfully published several short stories from the project, including pieces in the Tampa Bay Times, she “couldn’t pull that into a coherent novel, and that was frustrating,” she said.

In addition to WIP, Massey also attended a monthly critique group at Eckerd, “a spin-off” of the conference for attendees who lived locally, and was mentored by the group’s moderator, Tom Bernardo, who is now a producer and writer for the Bosch television series, which is based on the books by Tampa author Michael Connelly.

“(Bernardo) taught me so much about story, the importance of story and how to build a story,” she said.

Eventually, Massey scrapped her novel-in-progress. “I just wasn’t able to work it out,” she said.

Massey didn’t have to look far for her next idea, though. Friends had been teaching her to play poker, and she began participating in home games and competing in small tournaments. It wasn’t long before she began to consider the world of poker as a backdrop for a novel.

“I thought that the poker and gambling aspect of it would give it the legs to go the distance and I was excited about it,” she said.

“I wasn’t aware that I was doing research,” Massey added. “I was just learning how to play poker, and losing a lot. It’s a fascinating, time-consuming game, and the more I learned about it, the more I realized there was to learn about it.”

The author’s interest turned to the individuals playing the game alongside her.

“I started wondering who are these people and how do they know to play this game so well,” she said. “How many hours at the table did they have to spend to get to that level?”

This train of thought led to her dreaming up 19-year-old Jamie Elders, the protagonist of her gritty debut novel, The Girl from Blind River, released by Crooked Lane Books in July.

Set in Blind River, N.Y., the story follows Jamie, who grew up playing poker, learning the game from her “card shark” mother at the age of 5, according to Massey. “That added an intergenerational aspect to it … it gave the story even more depth that I could explore a family that played poker all the time.”

There’s “a wealth of material” in family dysfunction, especially one as dysfunctional as Jamie’s, she added. “I think everyone can relate to that. If you get to the meat of it, it does make for a good story. Basically, I think story is what people do to each other, and family members are constantly doing things to each other to keep them in their place, to keep them in their circles.”

Jamie dreams of playing poker professionally and leaving behind her impoverished life – and family – in Blind River. But her dreams are put on hold when she finds herself in debt to her uncle, Loyal. She gets in over her head when he calls on her to help him dispose of a body late one night. When her uncle pins the murder on her younger brother, Toby, of whom she’s fiercely protective, she gets caught up in the murder investigation.

“Jamie is a girl who has been raised without and she is in the service of her family,” Massey said. “She’s 19 in the story and she wants to start her own life now. Breaking those chains that bind you to your family, that’s what the story comes down to.”

The writer spent the past five years crafting and cultivating her novel. One of the hardest parts, was finding a home for it, she said, and it’s easy to lose hope along the way.

“It’s tough,” Massey said. “It’s the toughest part of the business, or at least one of the top three toughest parts. It’s really, really discouraging to have a story that you know — that you really know — is a good, viable story and it needs to be out in the reading world, yet to have every door kind of shut.”

Massey’s goal was to find an agent “who (had) the same vision” as her and wanted “to see (the book) out there in the world.” Eventually, she sent a letter to literary agent Mark Gottlieb with Trident Media Group, who loved the book and signed her within a week. From there, things moved quickly. Within a month, The Girl from Blind River was sold to Crooked Lane Books.

“They’ve done an amazing and outstanding job getting it out into the world,” she said.

Massey said she was “really floored” by the attention the book has received. In addition to being reviewed by Kirkus and Foreword, the Tampa Bay Times also featured her and well-known blogs, such as Criminal Element and BOLO Books did, too. Several well-known book clubs also featured her book, most notably, the Book of the Month Club, as well as the Doubleday Book Club, Literary Guild Book Club and Mystery Club Book Club.

“I dreamed of seeing my book in the library and in bookstores, but it never occurred to me to dream that big,” she said.