Wondering who Nick Drake is? Here’s a thoughtful exploration of 10 Nick Drake songs from The Guardian newspaper, with a Spotify playlist.

Saturday, August 3
at The Palladium Theatre

Florida Björkestra –
The Music of Joni Mitchell and Nick Drake

Tampa Bay area institution the Florida Björkestra is getting up-close and personal for its next performance, Joni Hearts Nick: The Music of Joni Mitchell and Nick Drake.  Not only is the music selection more understated than past shows – like the Madonna/George Michael pairing – the actual size of the band is scaled down from its usual 20+ members. 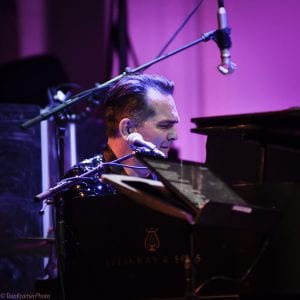 “This is our smallest show under the Florida Björkestra umbrella. More intimate, too, in the Side Door space at The Palladium,” the group’s artistic director Jeremy Douglass said in a recent chat with Creative Pinellas, “This one only has 12 players – and not all at the same time.”

In the three years since the group officially formed, they have reached levels of local celebrity – possibly because that’s what the group itself is made of. This time around Douglass will be joined by original members Dave Hamar on drums and Daniel Navarro on bass, who’ve been touring with America’s Got Talent alum Mandy Harvey.

Guitar will be provided by LaRue Nickelson. Tom Kersey is playing cello. Backup vocalists include Colleen Cherry, Jamie Perlow and Rebecca Zapen. Ed Woltil and Whitney James will be providing the vocals of Nick and Joni.

James, a jazz singer who spends part of her time working in New York, knows that she had to adjust her voice to compliment Mitchell’s unique style. “One of the elements of her voice that stands out to me is her vibrato. So, when singing the songs I’ve adopted her vibrato style,” she specified.

But do not expect a Joni Mitchell cover act. “Since this is tribute show, not an impersonation. I’ve had to find elements of Joni’s style to adopt while fitting the songs in my voice,” she added. 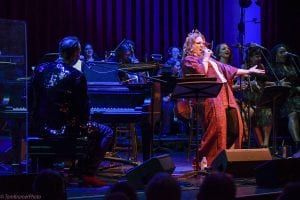 Ed Woltil will also adjust is usual hearty vocal stylings to fit the subtleness of Nick Drake. “Nick’s music and voice are so gentle and chill, and these songs are really in my psyche,” he stated in a recent email chat, “So you really have to go to that gentle place to try to do them justice.”

Woltil, who heads the NPR-featured local act, The Ditchflowers, is part of a select group that knew who Nick Drake was before his gorgeous song “Pink Moon” was used in a 1999 Volkswagen commercial.

“It was at a time when more FM radio stations were very progressive and DJs would take chances and spin unknown records,” he explained, “WUSF had a midnight show called ‘Underground Railroad’ and I think that’s where I first heard Nick Drake, but then you couldn’t find his records in the stores because he had no American record deal.” 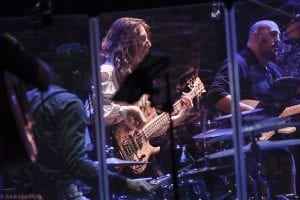 And how does The Björkestra come up with artists to pay tribute to? Besides a few general guidelines – such as a low probability the audience can see them live – Douglass has to be a fan.

“Ultimately, it all comes down to a recurring fantasy I’ve had since childhood of imagining what it would be like to share a stage and perform with artists I love,” he explains. “Because of these shows we’ve built from scratch these past few years, and the overwhelming creativity and adaptability of my friends who agree to go on these adventures with me, I have a little bit of an idea of what it would be like to share the stage with my heroes.”

“For this show, Joni Mitchell and Nick Drake meet all the marks I need to want to live inside their music for a month of prep, rehearsals and the show.”

Plus he is making his vocalists happy. “Doing this show is not just an opportunity to take a deep dive into two icons, but also a gift to my friends Ed and Whitney who I know have been wanting to do this music forever.” 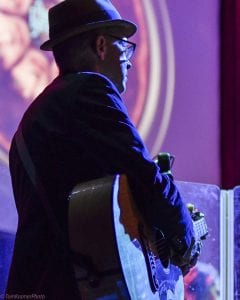 Drake died from suicide at the age of 26 long before he saw any success. The thought of whether he would enjoy these accolades are purely speculation.

“I’m not sure how he’d feel about selling cars or even how he’d feel about recognition at all. He’s clearly resonated with a lot of people since his death,” Douglass said, ”Though who can say if that’s any vindication at all for his experience with obscurity in life. The fact that he never really played live or did interviews leads me to believe he had no interest in being a public figure at all.”

Though Mitchell is pretty much retired now, she had a much longer music career than Drake, and choosing songs from her catalog was more difficult. “It was extremely challenging to trim our list to just 13 Joni Mitchell songs. We could do five shows of just Joni music,” James explained.

Don’t be surprised if another Joni Mitchell show gets added to their schedule. “There were plenty of tunes we couldn’t fit in the show due to time constraints,” James added, “We plan on doing another Joni show so we can play the tunes that didn’t make the cut this time around.”

The Florida Björkestra performs
Joni Hearts Nick: The Music of Joni Mitchell and Nick Drake
on Saturday, August 3 at 8 pm
at The Palladium at St. Petersburg College
$40-$20.