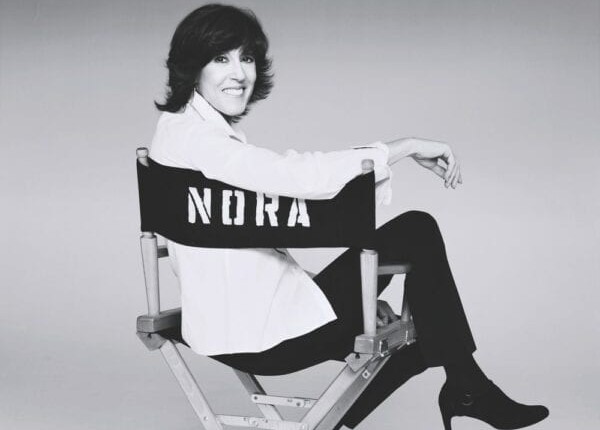 I am a bit late writing to you all this week. On Thursday afternoon I received my second COVID vaccination shot. It was a huge relief. Like a weight lifted. And then the side effects kicked in and kicked my butt (but only for 24 hrs!). I’ve come out the other side and am writing to you now feeling stronger and very very grateful for my health.

Onto this week’s post. During my time laying out on the couch yesterday, I stumbled upon a documentary about a journalist/writer/director I have long admired, Nora Ephron, called Everything is Copy.

I have always loved the tenacity of Nora’s writing; the personal, unflinching, hilarious honesty with which she wrote. Though much of it sounds outdated now as our cultural consciousness has evolved away from things like strict gender roles or the gender binary, I still hold her work close to my heart.

While watching the documentary, I found myself feeling envious of Nora. She grew up in the LA film world and, though she had a difficult childhood, received attention and cultivation of her writing early in her life. She moved to New York after journalism school and seemed to ascend to greatness and notoriety, something that many want but so few actualize. She’s depicted as fiercely ambitious, intelligent, and a bit cutthroat. She would use anything in her life for material, including the people around her. When I watch her in interviews I think that she is the kind of woman I want to be; delightfully funny with great poise and confidence but also an edge. She is unafraid to speak about the world as she sees it.

Yet, toward the end of her life, when she was dying from Leukemia, her work changed. She was no longer writing with her personal life on her sleeve. She became intensely private. The last play she wrote was Lucky Guy, about the story of journalist Mike McAlary portrayed by Tom Hanks on Broadway. In the documentary, Hanks and director, George C. Wolfe, can’t figure out why Nora wrote this play about someone who is relatively unremarkable. Her response: that his success had more to do with luck than with talent, which she knew something about.

I think it’s fascinating that she might think of herself in this way: not as an artistic genius, but as someone who worked hard and got lucky. And, that at the end of her life with such an illustrious career behind her, she turned inward. In a way, this endears me more to her. But she also doesn’t acknowledge that she came from great privilege that set her up for success.

I am frustrated by this lack of awareness and acknowledgement. I didn’t grow up in showbiz. My sleepy Florida suburb offered limited exposure to the arts. I didn’t have the head start that (for better or worse) I see happening at younger and younger ages now in the arts. I’m in my late twenties trying to work as hard as I can to reach my dreams and often I am afraid I’m too old or didn’t nurture my talent soon enough to make the mark I envision. But I am proud of what I have accomplished so far. And I know in my soul that I have a lot more to give.

Everything and Nothing is copy. We watch and we listen and we mimic the ones we look up to. But at the end of the day, only we can walk our own paths. And only we can decide what in our lives is fodder for creation and what is meant to be just for us. Maybe it is this mix of ambition, talent, confidence and yes, a little luck, that helps one take that next stride forward.