Every BODY Can Dance

Creative Pinellas takes a look at changing attitudes toward health and body diversity in the dance world. 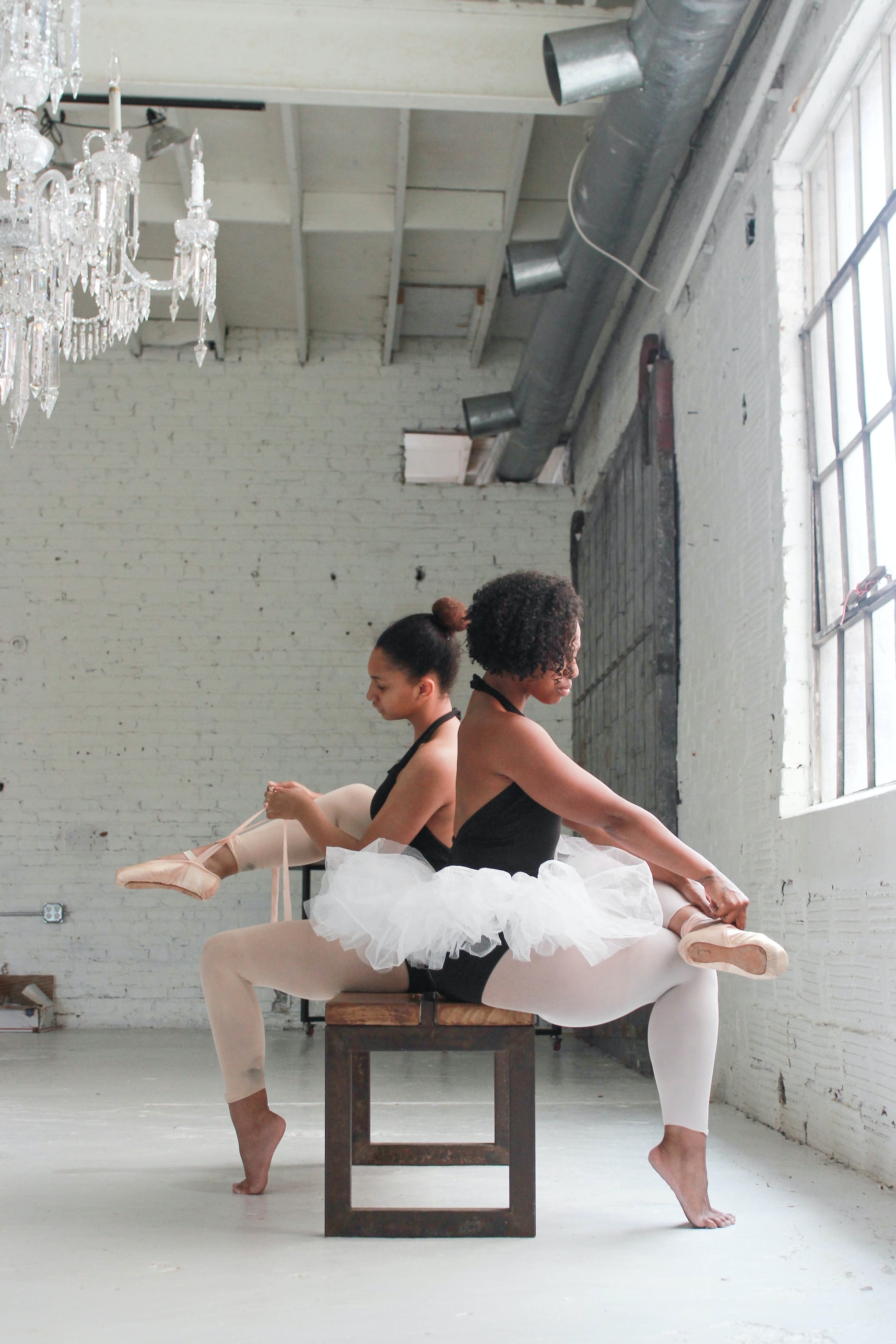 In its root form, ballet was not the hyper-refined, highly technical and stylized athletic venture that we now know it to be. In the early 1900s it was normal to see ballerinas slimmer than their pedestrian counterparts due to their long hours of intense and specific training, dedicating themselves exclusively to their chosen craft. Compared to the distinct, hyper-long and extremely thin body type that we generally associate with ballet dancers now, the idea of ballerinas being able to blend into a crowd seems almost bizarre.
At the beginning of the 20th century, George Balanchine, founder of the New York City Ballet, changed the course of dance history with his new techniques. Balanchine began to choreograph ballets that were less strictly narrative and theatrical and instead focused on speed, athleticism, and extreme extensions, causing ballerinas to turn a harsh eye upon their physiques in a way they had never thought to before.
Years of evolution of increasingly near-impossible standards after this pivot meant that the dance form served as a breeding ground for eating disorders.
Growing up as a dancer in the mid-2000s, I remember a teacher of mine recounting the story of her former teacher telling her to eat a slice of tomato on one piece of folded up bread as a sandwich—“it’s good,” she told her. Life as a dancer, especially as a ballerina, meant being inundated with the overall message of thinness over health. Now, dancers and instructors are fighting to come back around to the idea that ballet and dance in general should be looked at as a performance art in the same way that drama is, and are laying down the law when it comes to dancers’ health. Tamara Rojo, Artistic Director of the English National Ballet, employs a psychologist and a sports scientist to provide mental and physical support to her dancers, and has no qualms with making it abundantly clear that the health of her dancers comes first. This attitude sends a clear message to dancers that health and weight are not synonymous, allowing room for talented dancers who are their own version of healthy.
Numerous dance companies whose founding intention is to bring together talented dancers who may not fit the “traditional” image of a dancer have thrived in recent years. One pioneering group, AXIS Dance, an integrated company comprising performers with and without physical disabilities. Judith Smith co-founded the troupe in 1987, in Oakland, and served as its Artistic Director for 21 years before retiring in early 2018.
After Smith became disabled in 1977 at the age of 17, she discovered that contact improvisation provided her a fulfilling way to engage and reconnect with her body. She says that she hopes that after watching AXIS, audiences will come away with “a new sense of what dance can be [and] what ability is,” and thrives on generating “something that can’t be created without difference and diversity.” For AXIS, inviting audiences to look at people with disabilities is a way to normalize it, a way to show performers in a new light to someone with previously held misconceptions about people who are differently-abled than themselves.
Founded in a similar vein of thought as AXIS is BalaSole, a younger company founded in 2010 by Roberto Villanueva. A gay male dancer, Villanueva noticed in his time dancing for other companies there was a lot of criticism directed toward many gay male dancers for being “too effeminate.” In creating BalaSole, he felt he could give all dancers, regardless of appearance, a place in which to thrive. Among BalaSole’s company members is DaJuan Harris, a young dancer who joined the BalaSole after training at Julliard and the Joffrey Ballet School— as a gay black man, he is happy to be in mixed company which includes dancers who have been underrepresented because of age, body type, ethnicity, disability, gender and more. The beauty of Balasole is their performances in which dancers perform solo works in their mastered style, as well as ensemble pieces that blend dancers with different backgrounds and methods of expression.
While it’s important that dancers like Rojo, Smith, and Villanueva are fighting to bring health and inclusion to center stage for their dancers, we must not forget that dance is much more than just ballet and contemporary, and that not all forms have evolved so rigidly. There are multiple iterations of hip-hop, belly dancing, Latin dance, African and Afro-Caribbean dance, Bollywood—the list stretches on. With each dance form comes tradition and history, many now mixed with modern injections that have allowed the forms to evolve and grow.
Many of these styles are historically more inclusive and celebratory of all bodies because of the idea that dance is ceremonial, narrative, or expresses a human emotion—in other words, it’s about the overall expression as opposed to simply creating shapes, lessening the emphasis on body type.

When we see diverse dancers perform in the public eye, we are allowed, moreover, supposed, to stare. What we see is full range of human emotion: heartbreak and perseverance; desire; loss; love; anger. When we realize that, dance reaches its potential as a truly emotive art form, showing us what we may tend to forget—that all human experience is qualified by the same spectrum of emotions, no matter how different our quotidian lives may be.