A continuously updated blogpost on the five-day multidisciplinary juggernaut.

Not just a music festival aiming for tourist dollars, Et Cultura has something bigger and more idealistic in mind — it offers educational and networking opportunities that may help attendees make their lives a little better and the community to be more sustainable and vibrant.

With everything from farm-to-table workshops to gardening to community-building workshops to environmentally focused art to those national bands we’re utterly stoked to see play Jannus Live, Et Cultura, even bigger and better in its second year, should definitely put the Burg on the map as a destination. Think Bumbershoot in Seattle or SXSW in Austin, Et Cultura is planting the seeds for something major in Pinellas County.

There’s even a film component. “We have more than 31 filmmakers attending and working with getting the local college filmmakers to the events,” Lea Umberger, the event’s social media and brand director. She recommendsæThe Key to Dali. “We have the producer, the subject of the film and a Dali,” she adds.

Saturday at 2 p.m., you can catch a skateboard and BMX demo on Baum Avenue.

ICYMI: Here’s a link to a Thursday morning seminar on “Prescribing Food as Medicine.”

Click here for tickets/passes.ææDiscounted event passes are available for $50 for students, teachers, and veterans.

Here’s a look at some of upcoming Et Cultura highlights (see complete schedule at bottom of page):

The environmental art show features works created by and featuring local artists centered on social causes related to the environment, manäó»s relationship to nature or made from recycled or sustainable materials. View sculpture, installations, and even music instruments created from discarded electronics and other repurposed materials.

Listen to and participate in talks about urban agriculture, renewable energy and sustainability.

YOGA @ETC STP with The Body Electric and Movement Sanctuary

Jean Ebb, Have Gun Will Travel and Loose Talk

All on Baum Avenue by Green Bench Brewing

Et Cultura Film Festival is one of the four ranches that make upæEt Cultura St Pete 2017æhosted withæAMC Independentæat theæSundial St. PeteAMC Theatres. Films will be included in the 5-day eventæ pass ($75)æ pass for the festival. Single show passes will be available day of the film, if the event is not sold out.

Ambient music through the ages is the theme of this show. All three acts create atmospheric music with intriguing textures and masterful ebb and flow, and varying moods. Together, they also span six decades. Opener Silver Apples formed in 1967 as an electronic rock duo. Drummer Dan Taylor performed with electronics guru Simeon, aka “The Simeon,” akaææSimeon Oliver Coxe III, who cobbled together a homemade synthesizer with 12 oscillators, sound filters, telegraph keys, radio parts, lab gear and secondhand electronic junk. The duo quickly gained a reputation as an underground New York sensation. Taylor passed away, but 79-year-old Simeon has picked up the act again and has been touring worldwide since 1996. We’re truly fortunate to get this living legend. Infinite Third is Billy Mays III, one of St. Pete’s most imaginative yet connected musicians. The son of the late infomercial celebrity by the same first and last name, Mays released his groundbreaking album Channel(s) late summer. It’s his first with live drums and has soaring and gentle guitar sounds with all sorts of sonic ephemera. The album, available on vinyl, has several 3-4-minute song and three extended tracks. Bands have also been trailblazers in electronic music, and no finer example is Slowdive (pictured right), from Reading, England. The band, influenced by the moodiness of Pink Floyd and crunchiness of Jesus & Mary Chain, formed in 1989, and gained a rabid following with their lush wall of sound. Slowdive dipped off the radar after 1995 but have made a comeback in recent years thanks to the popularity of today’s indie rockers that bear their influence — to name a few, XX, Deerhunter, Grizzly Bear. 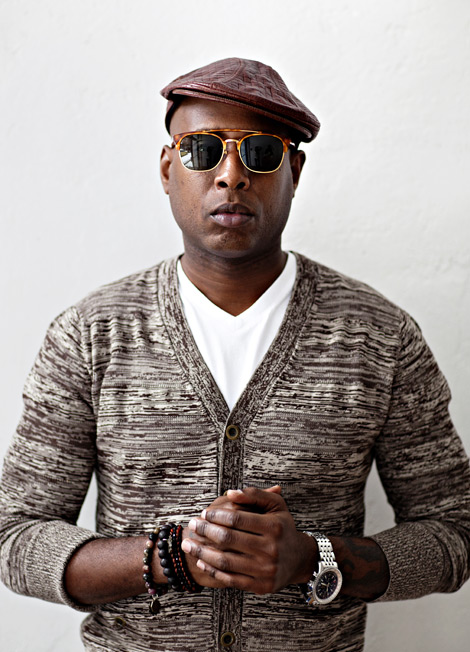 Pre-show: Kweli will be at a meet and greet at Banana Records at 5:30 p.m.

EtC StP ART: Exquisite Corpse Games 2017, Nov. 15-18, The Gallery, 1 Progress Plaza Suite 111, St. Petersburg.
A game registered in theæThe Library of Congressæfor almost 100 years, Exquisite Corpse game isæa parlor surrealist game, played on paper as drawings or words. In 2015 local artists brought the game into the new millennium in a way it has never been played before in the world. It started with sculptures and paintings. In 2016 they added photography and this year, poetry.

Carouselæis a St. Pete-based series that illuminates the art of storytelling through professional photography. The next installmentæhighlightsæa 24-hour community photography project that documents people and places all throughout the Tampa Bay region.

New Granada Records Showcase
w/Pohgoh, Fistful and MrENC
Sun., Nov. 19, 7-9 p.m.
The Tampa-based record label New Granada rarely makes it over to this side of the bay, so this is truly a treat. Pohgoh, which includes NG founders Keith and Susie Ulrey with Brian Roberts and King of Spain’s Matt Slate, got their start as an emo pop band back in the ’90s and recently reunited to bring back their cathartic and catchy brand of rock. Their recent material includes a sweet ballad written for Jobsite Theater’s As You Like It.æFistful is an indie, Americana and folk outfit based in Tampa, fronted by Joel Davis (of Ascend The Hill) and backed by a rotation of local musicians and friends. You may have first encountered MrENC, akaæEric N. Collins (left), as the singer/songwriter for Denison Marrs and The Dark Romantics. As a solo multimedia sound-shaper, Collins has released two vinyl LPs, two cassette EPs, two 7inch records and one flexi single.
Past events:
Waxahatchee w/Ought and DieAlps!
Nov. 17,æ7 p.m., State Theatre,æSt. Petersburg
The introspective yet resolute Katie Crutchfield has released her fourth album asæWaxahatcheeæand her second full-length on Merge during the summer. An autobiographically inspired work ,æOut in theæStormægets under yours kin with relatable storytelling, self-affirmation and a conscientious balance of badass rock and honest introspection. There’s an earthy symmetry and otherworldly spirit to Ms. Crutchfield, from her raspy-sweet vocal delivery to her subtle musical genius.æ She should be a treat to see live. If you’re hoping to do a little dancing, Montreal band Ought has flown here with the other snowbirds to bring their infectious, millennial retooling of 1980s-style alterna pop. Locals DieAlps! released their second full-length in August on New Granada; it’s impressively dynamic with sympathetic vocals by Cornelia and Frank Calcaterra. Their enveloping big and beautiful cinematic sound on the tune “Invinceable” will make you forget the ugliness in the world today.

They says they’re a Cuban folklore group that performs musical styles ranging from Son Montuno, Guaracha, Nengon and Bolero Son. Sounds like just what we need to fire up the weekend ahead.æ More good news: Admission is free to this one.
For more highlights, see the full schedule here: