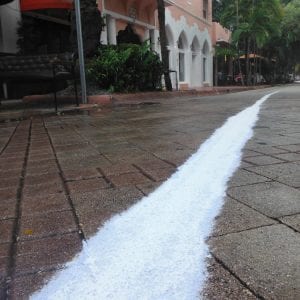 Florida has water problems, as does the country and the whole world. Harsh realities have caused some artists to become dissatisfied with merely creating studio art for its own sake and pushed them to shine their creative intentions directly onto real-world threats, such as the way federal and state regulations fall short of protecting water health. 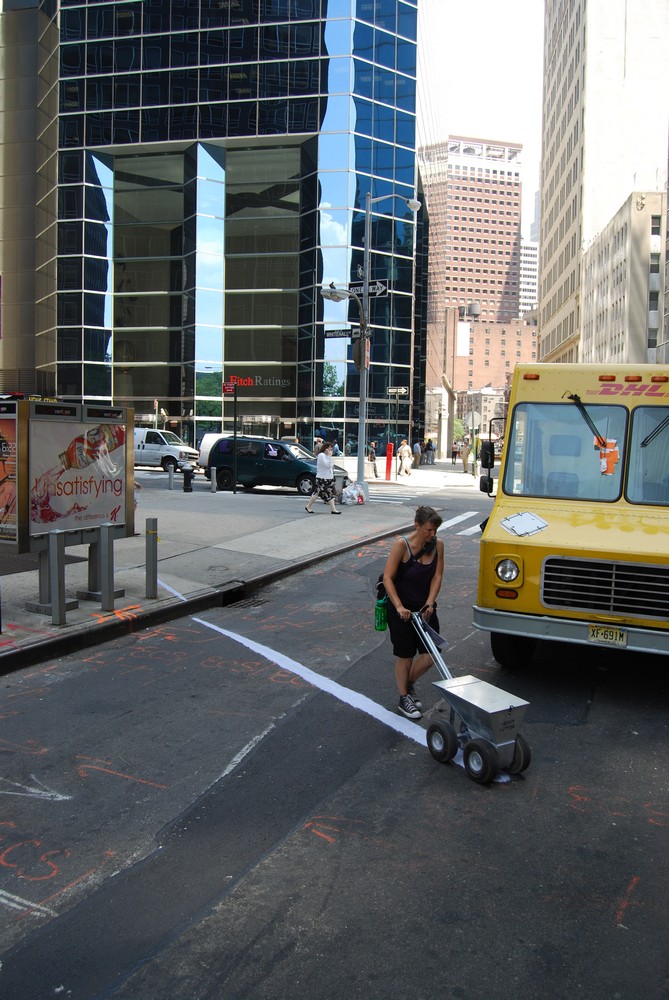 From High Water Line, an art project by Eve Mosher. Image courtesy of the artist.

Two separate New York City-based artists, Betsy Damonand Eve Mosher, have moved their studio practices into the political climate of the giant catastrophe we politely refer to as “water issues.” They’ve both done water projects in Florida, as well as all over the U.S.

What moved them to transform their art practice to water activism? Mosher remembers distinctly that it was January 2006 when she received a Sierra Club magazine-catalog in the mail with four photo essays–she called them her four trigger points: one  about Hurricane Katrina and, one year later, how little had changed; a photo essay about the Galapagos; a one-page photo comparison of four glaciers 50 years ago and today, showing their retreat. For Mosher the most powerful piece was scans of a climate report drafted by a team of scientists in the Bush administration. Someone had reviewed them, marked out the language and altered the message to read climate change ‘might happen’ and how it’s ‘an economic boon to grow citrus further north.’

“Let’s not accept the reality scientists are giving us,” Mosher said, rolling her eyes in her voice. “Let’s keep business as usual and make money and keep our heads in the sand. It was infuriating because I was a pretty well-informed person and this was urgent back in 2007.” That’s when she threw her hands up and stopped doing studio art.

I literally wrote in my sketchbook I’m not doing studio art anymore, I’m doing art that really does ask for change.

“I literally wrote in my sketchbook I’m not doing studio art anymore, I’m doing art that really does ask for change. I had worked as a studio artist creating abstract works about man-made space and permeable spaces; it was all kind of fuzzy, abstract stuff I was giving language to. I was like ‘I don’t have a lot of money to throw at this, I’m not a lobbyist, I’m an artist, what can I do?’ That was the path to getting out in the street to the public and creating projects that sought change within the work itself.”

Mosher created her project HighWaterLine in 2007 and brought it to a handful of cities, including Delray Beach on Florida’s East Coast. She uses the Metro East Coast Assessment showing how climate change will affect flooding in areas ten feet above sea level. “Prophetically, much of the area she demarcated in 2007 was inundated in 2012 by Hurricane Sandy,” it reads on her website. 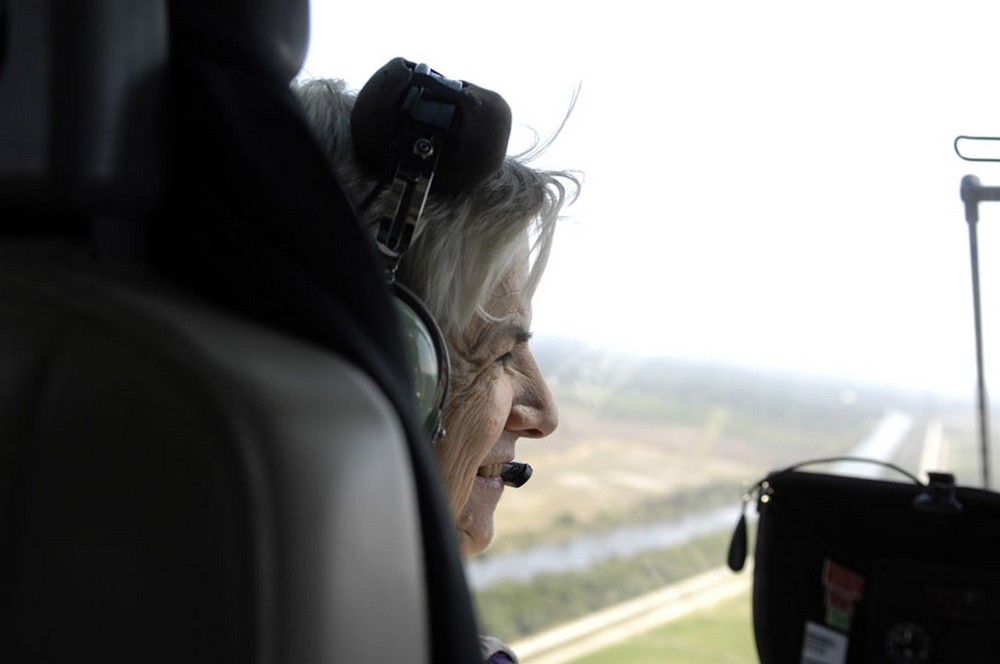 Damon became a water activist in 1985 with her casting of a 250-foot dry riverbed called “The Memory Of Clean Water,” inspired by a rejuvenating cross-country camping trip reconnecting her to the natural world. She could now clearly see the invisible destruction the development was having on water sources. The show containing this piece catapulted her into water activism because, through talking to people, she learned how little people knew about water.

“One day when I was casting the river bed–ten hours we would work–and I looked up at the sky and the Milky Way was starting to come out, 6,000 feet up, just beautiful,” she said. “ The Milky Way reminded me of the river bed I’d been intimately working with. Everything is patterned by water. Every detail is made by water. There is nothing you can do without water.”

Today, these artists seem to be over their heads in projects, at least on paper. Mosher helps curate a triennial for artists working on, in or with bodies of water. She also runs an experimental junkyard playground for kids and parents on Governor’s Island reachable by Ferry just off Manhattan. Damon is on her way to South Dakota for a water project, and will then go to L.A. to map water systems. She also teaches water workshops that orient people toward how their exact location in the global, regional, and local waters mix and flow. Time is of the essence and they’re not slowing down.

Time is of the essence and they’re not slowing down.

“Florida is not making choices they need to make,” Damon continued. “They’re not making choices and the waters are rising and people know that in Miami. As far as I can see, half of Florida will be underwater within twenty years. Unless they really open up the Everglades to become a sponge again. Florida’s survival is based on the Everglades being a sponge that can take in water and let it go, the rivers that flow through it. The only chance I see of Florida surviving is that they aggressively do these things. Everything that’s been done there has been for development. Draining the swamp.”

In 1905, Napoleon Bonaparte Broward ran for Florida governor, promised to drain the Everglades and won. We may think we’ve come a long way in our environmental understanding, but the fate of the Everglades doesn’t seem to ultimately be under any better stewardship today.

When Damon mentions how nobody knows how to use a rain barrel, I bring up acid rain which I learned about in second grade, imagining it raining down green and gassy like an animated Dr. Seuss illustration. She said acid rain is in the first burst of rain, the rest of it will be clean,

“Rain is our cleanest source of water,” she said. “It’s not like spring water – spring water is full of minerals. Water naturally wants to be clean and of the highest quality. It will be clean. So stop polluting it.”