It’s an honor being selected by Creative Pinellas for the 2021 Professional Artist Grant in music composition. That support will assist me in several recording projects with other area musicians, as well as branding and marketing that is such a large component of the arts today.

I grew up in Pinellas County and attended Dunedin High School where my band director (Jerry Clifford) was a mentor. After a year as principal trombonist with the Florida West Coast Symphony, I left the Tampa Bay area for a decade to study in Cincinnati, then perform in the Memphis Symphony Orchestra and teach at Indiana State University. I returned here in 1989 and have remained since. Soon after my return, I began volunteering with the Tampa Bay Composers Forum and eventually became its director. During that time, I began composing.

In the mid-90s we formed the nonprofit EMIT series which has presented over 500 concerts and educational activities. EMIT is in its 25th season and supports concerts of adventurous music, several music ensembles, the St. Petersburg Jazz Festival and the Recording Arts Program with Boys & Girls Club students at the Royal Theater in St. Petersburg. To date, EMIT has provided over $200,000 of employment for local musicians. I also served on the board of the Pinellas County Arts Council for 8 years and was trombonist/arranger in Bogus Pomp, a band that performed music by Frank Zappa. I was very fortunate to be a friend of the legendary jazz saxophonist Sam Rivers who recorded my compositions in a CD titled Fluid Motion. That recording was praised by several jazz critics.  There was also the avant-jazz group SHIM that terrified everyone.

I teach at St. Petersburg College and was a founder of the MIRA (Music Industry/Recording Arts) program that provides recording arts education to over 200 students yearly. I also direct the Helios Jazz Orchestra, a jazz ensemble-in-residence at SPC. My wife and I lead the group O Som Do Jazz which focuses on a wide spectrum of Brazilian music including samba, Bossa Nova, MPB and Northeastern Brazilian music. Many of my compositions are written for Helios and O Som Do Jazz. My original music has been placed in TV shows on HBO, Fox, CW, AMC and ABC networks.

The balance of improvisation and structure in composition are found in many of my compositions. In my early career, I often explored the integration of electronic and digital tools with acoustic instruments. During the past decade, I have focused on writing for acoustic instruments and voice, with particular emphasis on the diverse musical traditions of Brazil. The fusion of jazz with Brazilian styles gives me a fresh approach for my jazz compositions. I also enjoy composing avant-jazz and “new classical” music. I believe that composers have greater potential for development by actively supporting musical collaborations and building a community of listeners, composers and musicians. My website is located at www.davidmanson.net .

I look forward to creating and recording new compositions this year! 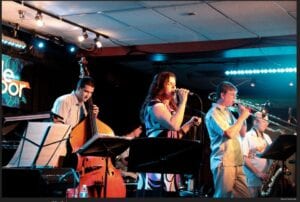 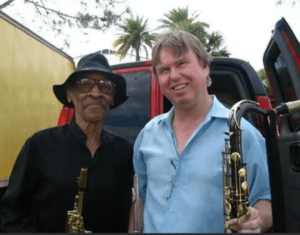