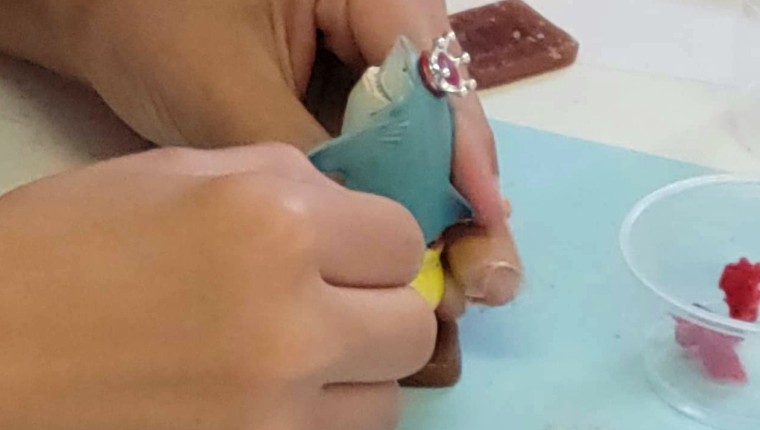 Story and Photos by Jackie Kaufman
. . .

. . .
I was teaching a new workshop at The Beach Art Center in Indian Rocks on mold making and pewter casting small sculptures in pewter – and one of my students said that this would be a good process to create individual chess pieces. I gave it some thought and I was up for the challenge.

I did not want to create the chess pieces for myself, but maybe I could get a group of chess players, possibly at a local school that had a chess club to participate in this project. The members could make their own individual chess pieces out of pewter, and learn the whole creative process.

I mentioned this to a few people and someone said “Did you know there is a local Chess Club in St. Petersburg next to the shuffleboard courts?” What!!! I’d never heard of this club, and it turned out I was not the only one.

The St. Petersburg Chess Club is a hidden gem close to downtown St. Pete. They have been operating in the same location longer than any other chess club in the United States, 91 years – yes that is right, since 1931 in the same building.
. . . . . .
When you walk into their building, the history of the club is on the walls in photos. It is an oasis for local chess players to meet, play chess, participate in tournaments and get lessons, at least 3 times a week. It is an active club run for the past 12 years by its president and guiding force, Timotey Gospodinov.

When I first met Timotey and told him my idea for chess pieces, he was a little skeptical, but he soon realized it would be a great activity for members.
. . . . . .
The more time I spent at the club the more I became enamored of the group. I saw that people of all ages from 7-90 just stroll through the doors on a Friday night to play a quick game of chess. They all have something in common, their love for chess. You can hear small conversations going on, or sometimes they play in complete silence. On Saturdays they hold tournaments for more serious play and on Sundays are lessons for beginners.

I knew I had found my group. I needed to get the word out about chess and this club in the St. Petersburg area.

Everything fell in place when I was lucky enough to receive a grant for this project from Creative Pinellas, The National Endowment of The Arts and the Pinellas County Board of County Commissioners.
. . .

. . .
The Chess Club Project started on June 26 with a 2-day workshop on Mold Making and Pewter Casting that 9 club members participated in. Each member designed one of the pieces for the chess board in their own vision using small toys that we cut up for fun and interesting looks. The participants were ages 7 to 63 years old. They learned the whole process, and in the future might be able to create their own trophies for the club.

The board will be made by a local artist and the goal will be to have an eye popping art chess board that will attract attention and be on display at various locations for a couple of months at the end of this year. This display will include information about chess and the club.
. . . . . .
The first location will be at The Morean Arts Center in St. Petersburg starting in September to highlight American Chess Day on September 1.

We hope this project will showcase this local club and all the wonderful benefits learning and playing chess have. Did I mention the benefits of chess? . . .
A big thank you and hug to Creative Pinellas, The National Endowment of The Arts and the Pinellas County Board of County Commissioners for the grant to make this happen.
. . .

. . .
Jackie Kaufman is a recipient of the Pinellas Recovers Grant,
provided by Creative Pinellas through a grant from the
National Endowment of the Arts American Rescue Plan.