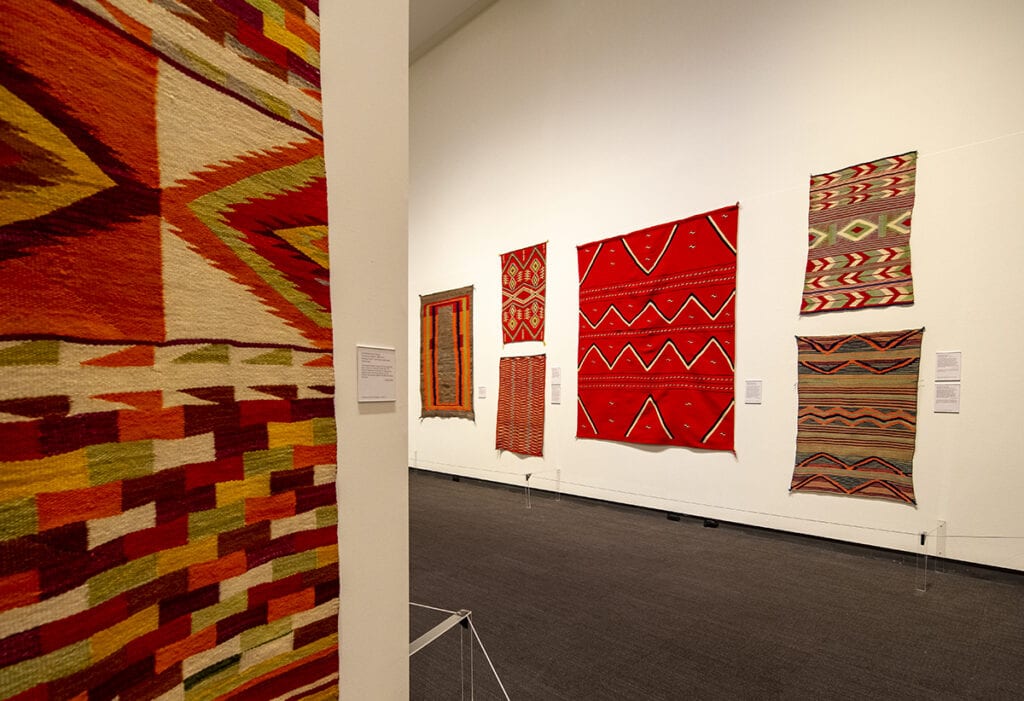 . . .
The Museum of Fine Arts in St. Petersburg has converted their galleries into a Navajo textile heaven, welcoming visitors with chief blankets, sarapes, saddle covers, transitional textiles, contemporary weavings – and story of a people creating beauty in the aftermath of an existential crisis. 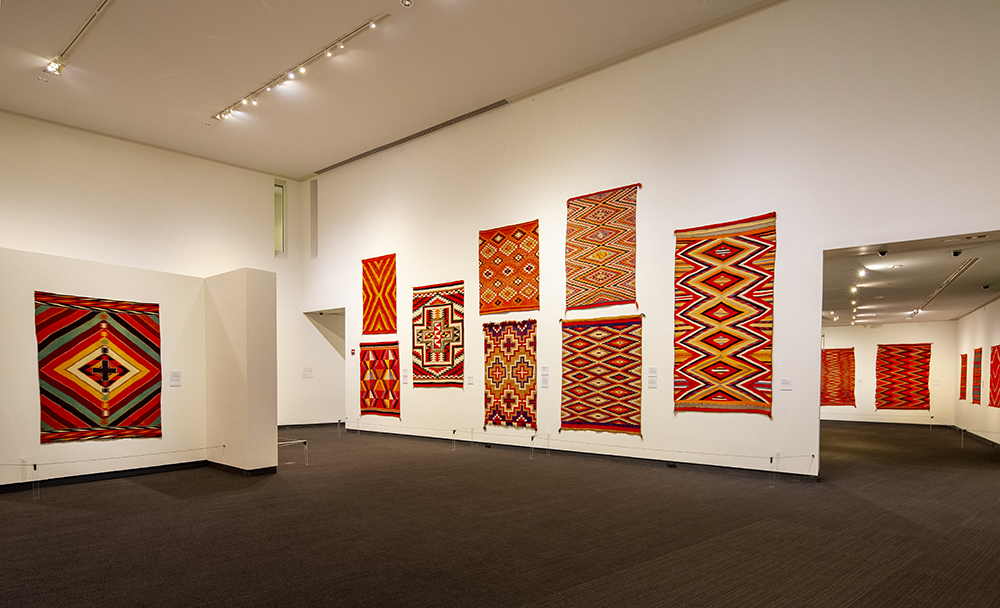 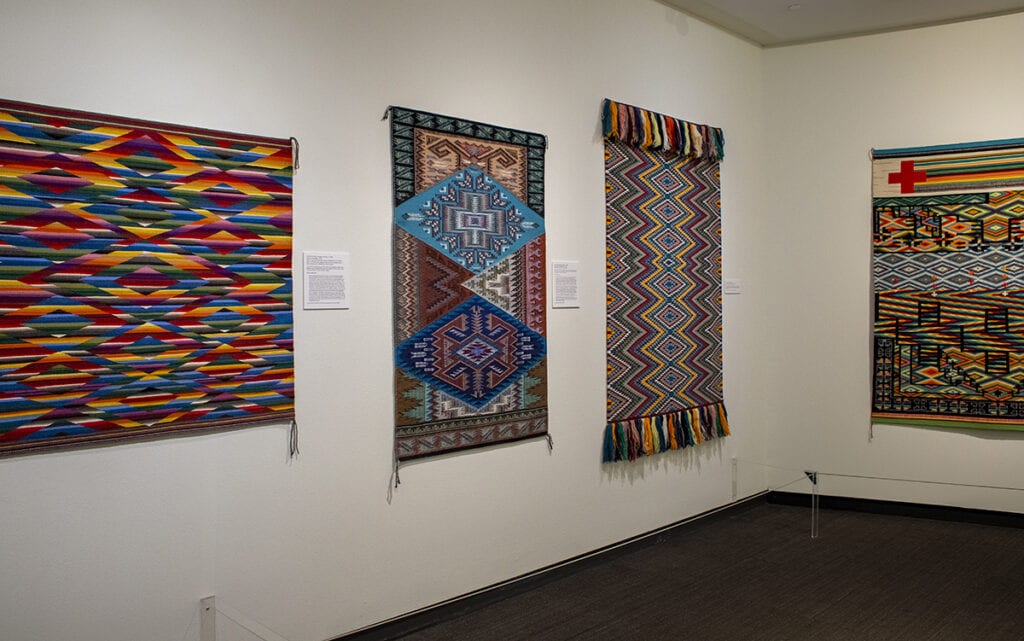 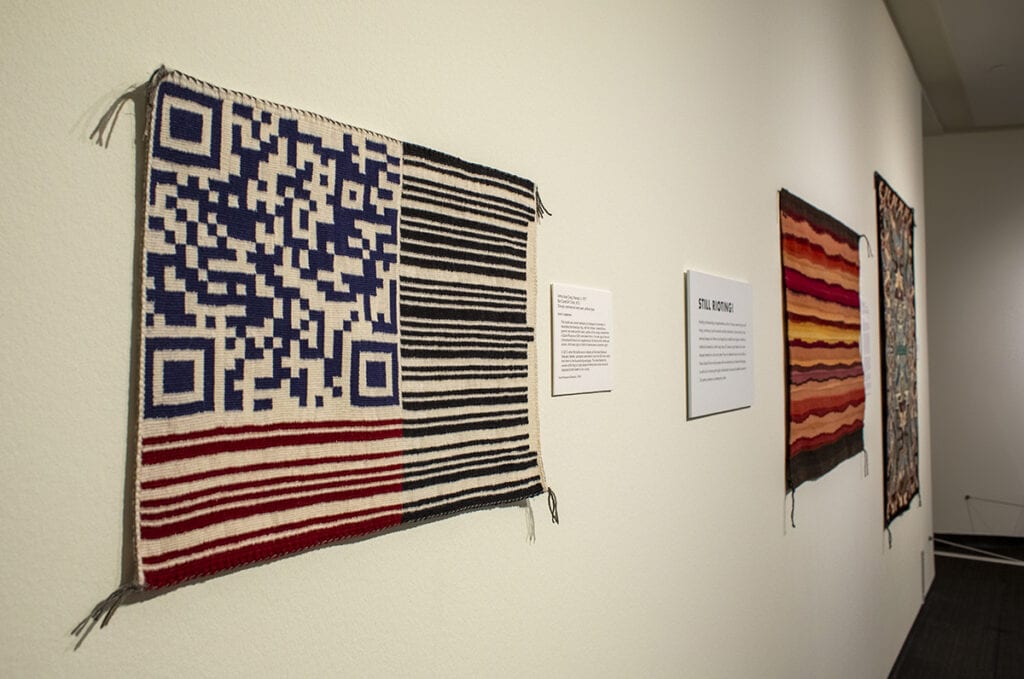