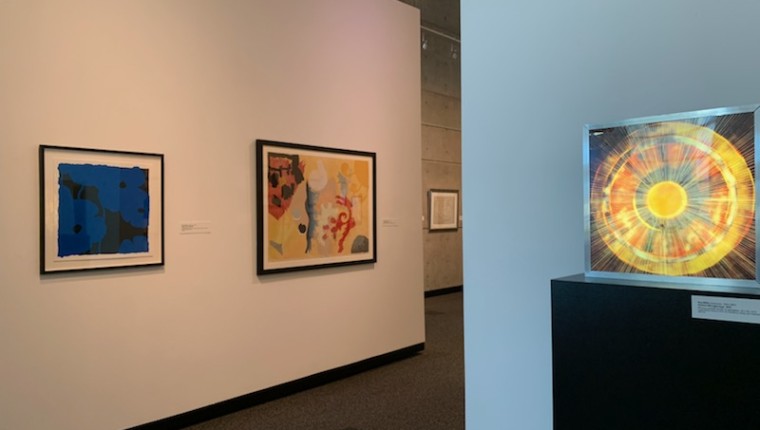 20th Anniversary of the Leepa-Rattner
Masterworks from the Collection

. . .
There’s this term, “the overview effect,” coined by space philosopher and author Frank White, describing a cognitive shift when astronauts are viewing Earth from the vantage of space. It could be a transcendence, an experience of interconnectedness – recognizing our home is this tiny fragile ball in the blackness of space, devoid of boundaries and borders.

While we may not all have the opportunity to travel to outer space, that cognitive shift is not unique to astronauts. Throughout history, inspired people from every walk of life have contemplated this universality.
. . . 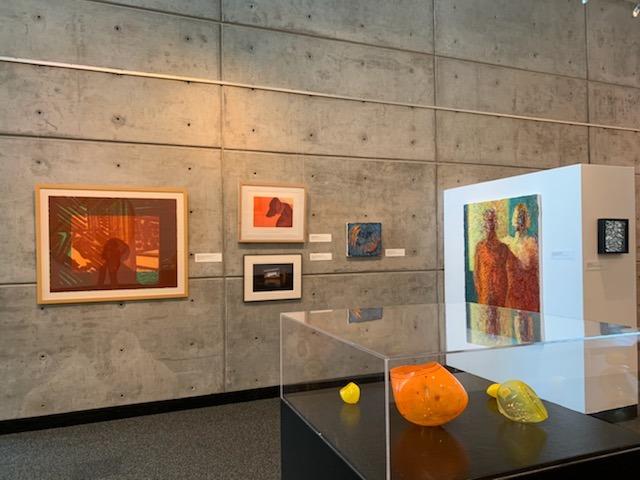 . . .
Long before NASA and any other space programs, the Flammarion wood engraving, produced in Camille Flammarion’s 1888 book on meteorology – a person’s head breaking through the dome of heavens, peering into another reality – expresses a cognitive shift.

This image has been widely reproduced, from Carl Jung to ‘60s counterculture to the updated TV series Cosmos hosted by Neil deGrasse Tyson. All are seeking a greater reality, a truth, trying to poke their heads through the limits of current knowledge.

Some times, these points where breakthroughs happen are described as “thin places.”

These thin places are spaces where our boundaries of identity, of time, of location, of the existence we normally experience, begin to dissipate. Often associated with the geography of Scotland or Ireland, with ancient origins and atmospheric conditions, these places become the catalyst where one, consciously or not, lets go of certain preconceived notions, giving space for other possibilities.
. . . 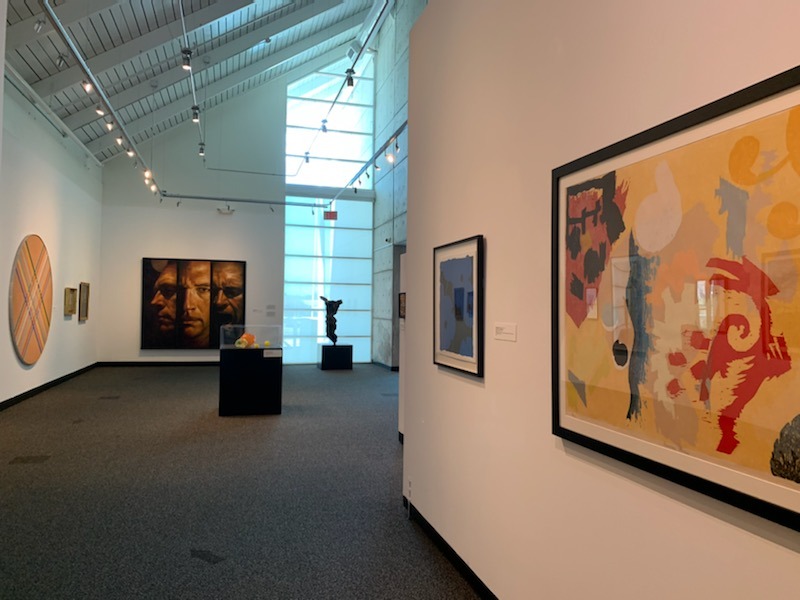 . . .
While such adventures would be great fun and encouraged, fortunately, we do not need to travel far afield, to experience the transcendent.

The place where art is, is a thin place.

. . .
A quick search with Mr. Google turns up 40 or so museums in and around this greater Tampa Bay metropolis area. Our backyard is often serendipitous, as many travelers have profoundly realized when returning home.
. . .

. . .
For example, take a short expedition to Tarpon Springs and see the Leepa-Rattner Museum of Art hovering on the edge of St. Petersburg College’s rolling campus. This unique piece of architecture designed by Hoffman Architects, with long horizontal floor-level windows providing daylight, houses a wondrous collection.

Its doors opened in January 22, 2002. This year is the 20th anniversary and they’re celebrating it by showing off the permanent collection in an exhibition simply titled, LRMA 20th Anniversary: Masterworks from the Collection.
. . .

Who knew this little outpost in Tarpon has been harboring such treasures in its vault?
. . .

. . .
Concurrent and companion to the 20th Anniversary exhibition is Greater Than 17: The Art and Influence of Stanley William Hayter and Atelier 17, a show of 45 works produced in Hayter’s renowned Atelier 17, where many of the artists in the 20th Anniversary exhibition, including Abraham Rattner, one of the LRMA’s namesakes, worked and experimented with the print medium.
. . . 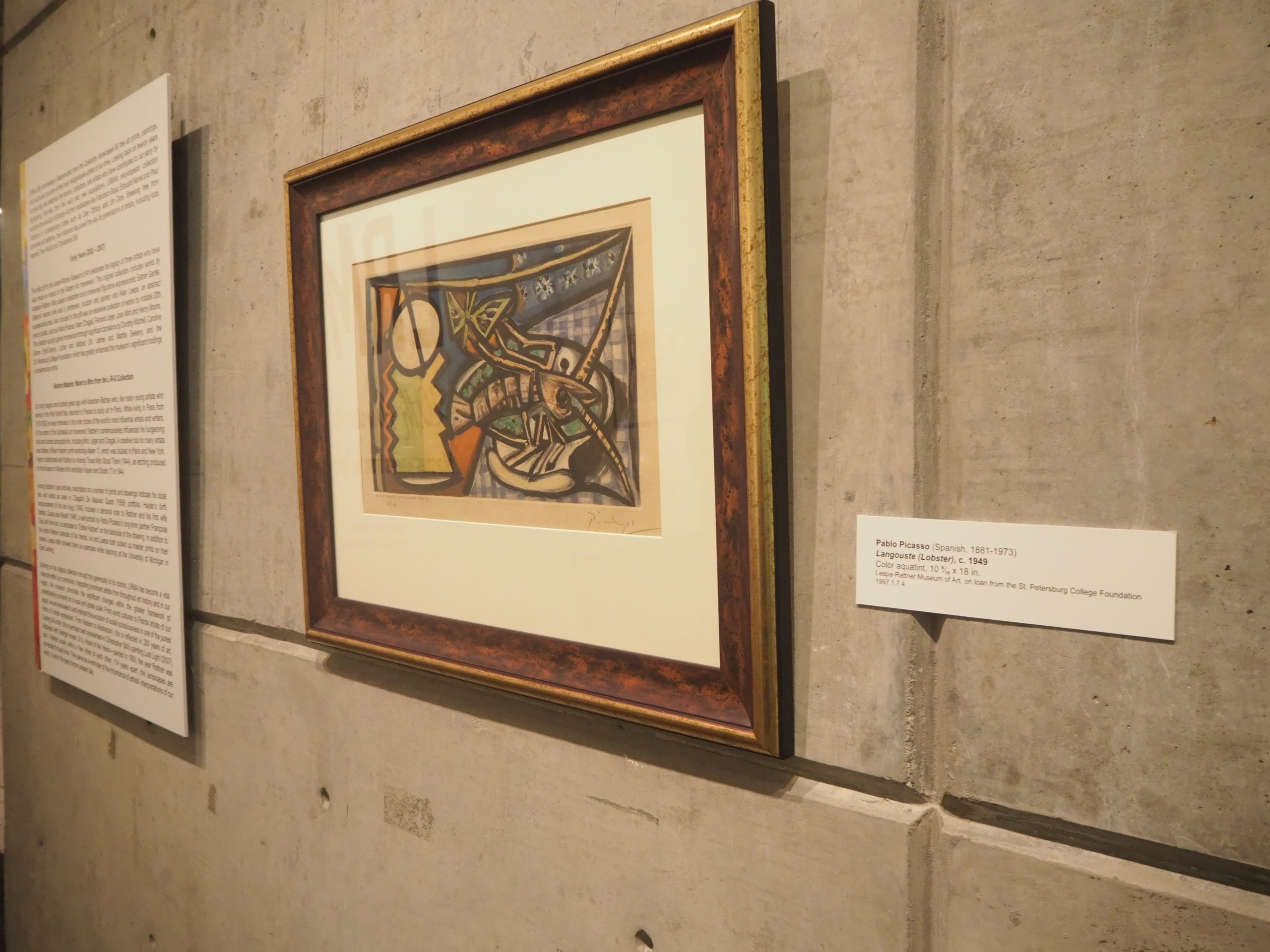 . . .
I don’t know about transcendence, but spending time with all this is happiness. What a treat to discover. 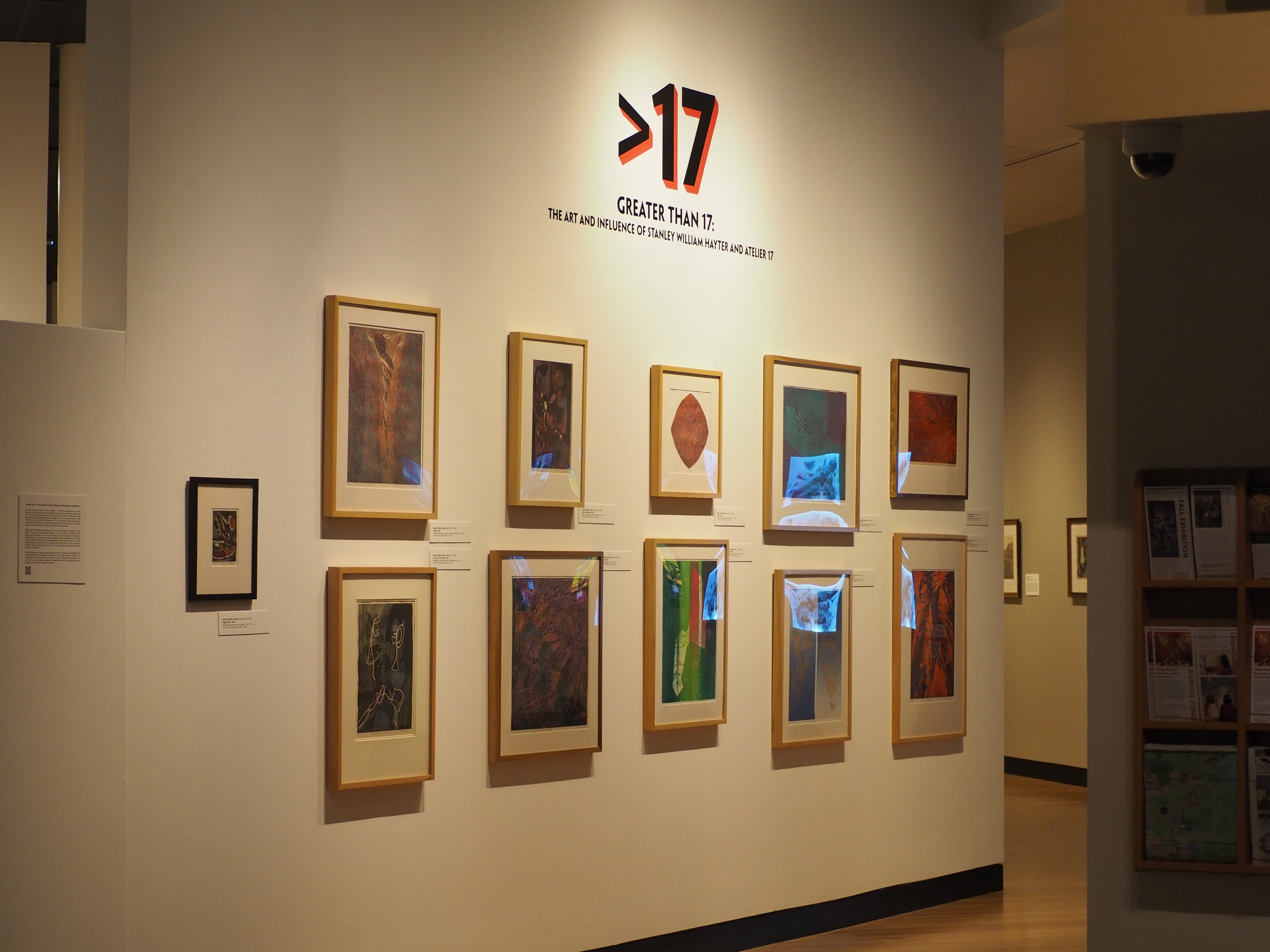 . . .
Maybe we can describe this shift as the “poetic view effect,” or the aesthetic view effect. On this “pale blue dot” as Carl Sagan described the image of Earth taken by the Voyager spacecraft from 3.7 billion miles away on Valentine’s Day in 1990, live all beings with their uniqueness, and humanity breathing the same one breath.

Perhaps the ultimate thin place is the self. Right where one stands is the universe spiraling at untold speeds – and the art, the adventures and the many new experiences are mirrors reflecting back to us our many-layered selves.
. . .

On view at the Leepa-Rattner through April 30. Details here.