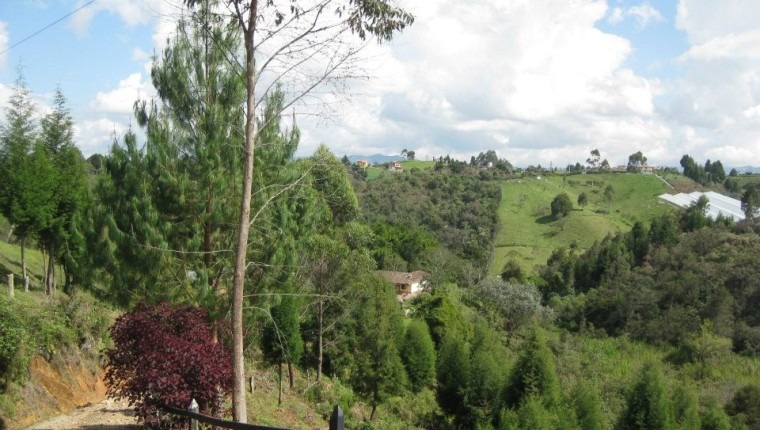 The first images I envisioned for my novel, many years ago, were its beginning and ending. This is unusual for me. I tend to start writing based on an image, but I never know where the story is going to end. Tlo;p12khis time I knew what the opening and closing images were, and somehow I’ve stuck to them.

What I envisioned as the opening was a young man who found a toddler walking by herself in the middle of a road. The toddler was wearing a pink dress, and upon picking her up, the young man felt an inexplicable connection to her. Here’s how that scene ends in the novel, as narrated by the young man:

When the little girl finished her soup, she drank a tall glass of water with the greed of soldiers in combat. I wiped the sweat off my face with the wet napkin Campo Elías had given me as a coaster. My head felt as hot as the sidewalk in front of me. I chugged the rest of my lukewarm beer, picked up the girl, and said goodbye to Campo Elías, who watched me as if another man’s face had been transplanted onto mine right in front of him.

The girl was clearly exhausted, so I tried to carry her, but she squirmed her way out of my arms and grimaced. I squatted and asked her what was wrong. She did not answer.

“Where are your parents?” I asked again. “What is your mother’s name?”

She shook her head.

She vomited on the sidewalk and, seeing the watery mess, started to cry again. My heart was a rocket that wanted to burst out of the top of my head. I wiped her mouth with a napkin. As I held her and let her cry on my shoulder, walking the streets behind El Pilar’s square, not knowing where to go, the name that had sounded so small out of her lips became thunder and helicopters and explosions in my head. Renata. Her name. Renato. My name.

For the ending, the image that came to me was of a young man watching TV and recognizing someone who had long been out of his life. I knew this was the same man who had found the child at the beginning. What I had to figure out was how he got from the first image to the last. That’s what I have spent the last few years doing. In the process of writing the novel, I realized the person on the TV screen was his sister, someone he had been painfully missing for years, and so the novel became what happened to separate them, and an exploration of whether they’d ever find each other again.

I find that anything I write is better when it starts as an image, rather than as an idea. Ideas are abstract–images are not. I feel that having some kind of thesis for my creative writing stifles my potential for discovery as I write, and because images are so powerful, I also like to finish my stories with them.

It took me a long time to figure out how the opening and closing images of the novel were related, but I got there eventually, and along the way were many other surprises I’m grateful for.