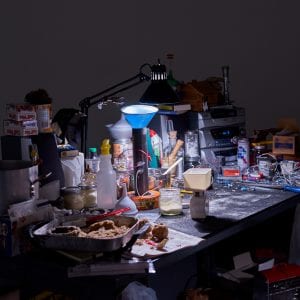 “I’m a nice guy, really!” laughs Gregory Green. The artist and pacifist teaches at The University of South Florida and is internationally known for his 3D installations of realistic bomb-making workshops and nuclear missiles.

It’s art with a political edge and educational aim, seeking to spur conversations about violence – and alternatives to violence – and exploring how information and technology are tools of social change. 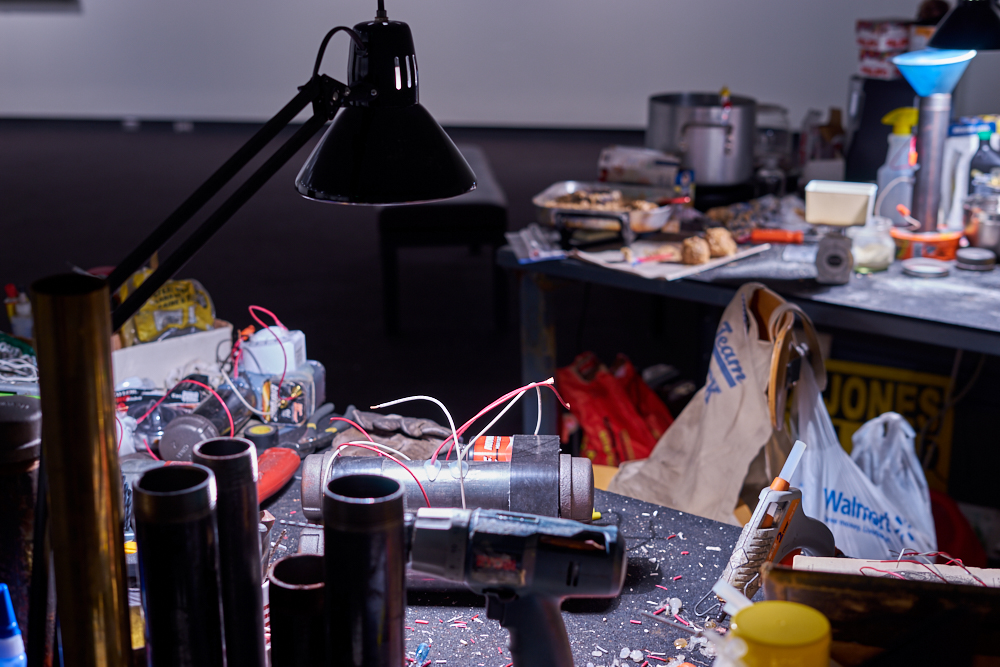 Gregory Green shares the theatricality behind his work, which includes more than a dozen fully-functional pirate radio and TV stations in the US and Europe, his “Gregnik” re-creation of the first Earth satellite and a three-stage booster rocket that’s ready to launch if you’ve got the rocket fuel.

Green tells of wrangling with the bomb squad, designing an installation for filmmaker John Waters’ home, and how he was rated one of the Top 100 Artists in the World before 9/11, and how after 9/11 artwork about violence suddenly became much harder.

Green’s work is included in major public and private collections, including among others the Museum of Contemporary Art Los Angeles, the Tate Gallery in London, the Museum of Modern Art, the Whitney Museum of American Art, the Mori Museum in Tokyo and MAMCO Geneva.