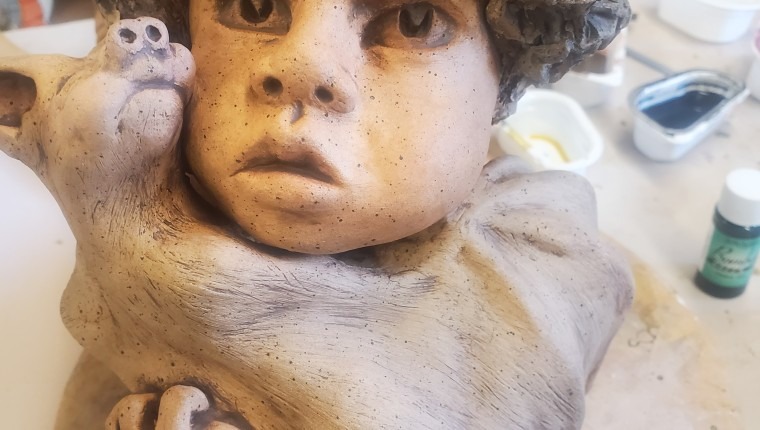 Animal extinction is a big problem.

You would think that natural occurrences like climatic heating and changes in animals’ habitats are the problem, but we know that human activity is the primary cause of the destruction. Animals like the West African Black Rhinoceros, Baiji White Dolphins, Passenger Pigeons, and Great Auks are part of the extinct animals, and others are heading down that road.

I will be partnering with a good friend, Shelly Steck Reale, from Salt Creek to draw attention to the human contributions to extinction by creating sculptures that show kids holding one of the endangered species. She is working on eighteen of them and hopes that these sculptures will bring awareness to how we kill ourselves by killing animals.
The plan is to have them all lined up in a row on each side, and the last one would be two kids holding each other and showing how we are the last to go. Let`s think about how much we are depriving our youth worldwide of the awareness of a beautiful creation: the history and the story.
I thought this was a great idea and decided to do the paintings for the project. We planned to make it a traveling show. With my interest in the exhibit, I am unsure how I will show the extinct animals. It could be a painting, or I could do a pencil drawing. Which I could, it would need to be as strong as the pieces Shelly is creating.