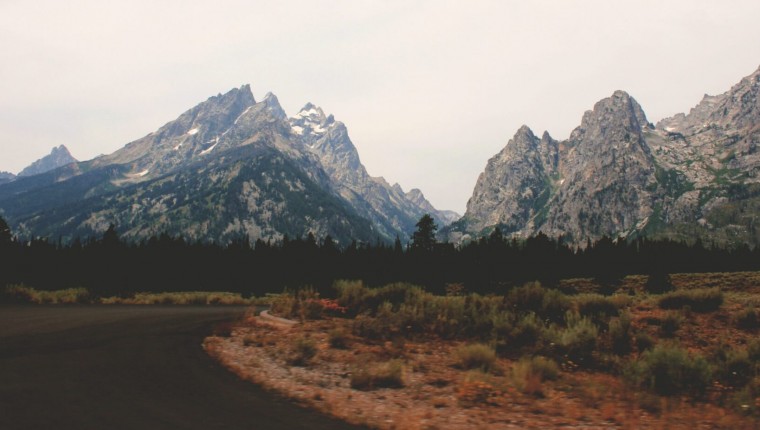 Lately, I’ve been obsessed with watching survival documentaries. I started with The Boonies, which follows some rugged outdoorsmen who live in various remote areas across the country. After that, I started watching The Last Alaskans, which follows the last group of humans who will ever be able to live in a protected area in northeastern Alaska. Now, I’m working through the series Alone which places contestants in remote areas across the world and challenges them to survive for as long as possible alone in the wilderness.

Maybe my fascination with the outdoors comes from a year spent without travel while living downtown in a city. As someone who grew up in nature – I spent my first 18 years in rural Vermont – I’m missing trees, birds, grass, quiet hills, and lakes. I’m writing about remote locations more now, too, and as I write, I watch the series, trying to learn more about hunting, homesteading, and making it in the wild.

What I really love about these series is not just how they teach the viewer about survival, but how they expose the inner workings of the characters. One of the characters in The Boonies is an old man who was widowed two years ago. He lives in the Ozarks in a cave underground where he routinely goes exploring, deals with cave ins, and lives off the land. He can’t talk about his wife who passed away without crying. When he goes out into town to get some supplies, he grows nervous and irritable and doesn’t calm down until he is back underground. “I don’t like being around other people,” he says. I recognize his trauma. It makes him look mean and deranged in some way, but at the heart of it, he is just a guy who misses his wife and doesn’t know what to do with himself now that she’s gone.

The Last Alaskans paints a lovely portrait of humanity, too. It follows one family – a white man and a Native woman who have two grown children. The woman is overjoyed when her youngest daughter comes to visit with their grandson. She cries when they arrive and when they leave. “You need your family out here,” she says. She’s right. Her and her husband are probably three hundred miles from a real town with supplies. During the long winter months, which they spend trapping, they have no one else but each other.

And then there is the lone youngster of the pack in the Alaskans (at a mere 21 years old) who builds his own cabin, lives completely alone, and traps all winter for money. I look at him and wonder what it would be like to be so young and live a life that is so solitary. He seems to handle it well. I don’t know what inner strength he has about him, but I am not sure if I have it.

That’s why I love nature shows and writing about the wilderness so much. Out there, people are stripped down to their barest parts. We eat, stay safe from predators, and hug our loved ones, if we have loved ones. There is no worrying about social media, no noisy neighbors, no hours in front of a screen. It is a terrifying and wonderful thing.