The Alebrije sculptures form Mexico, have always been a great inspiration to me, especially with the creation of fantastic creatures and the use of bright colors and patterns.

Alebrijes (Spanish pronunciation: [aleˈβɾixes]) are brightly colored Mexican folk art sculptures of fantastical (fantasy/mythical) creatures. The first alebrijes, along with use of the term, originated with Pedro Linares. In the 1930s, Linares fell very ill and while he was in bed, unconscious, Linares dreamt of a strange place resembling a forest. There, he saw trees, animals, rocks, clouds that suddenly turned into something strange, some kind of animals, but, unknown animals. He saw a donkey with butterfly wings, a rooster with bull horns, a lion with an eagle head, and all of them were shouting one word, “Alebrijes”. Upon recovery, he began recreating the creatures he saw in cardboard and papier-mâché and called them Alebrijes.

His work caught the attention of a gallery owner in Cuernavaca, in the south of Mexico and later, of artists Diego Rivera and Frida Kahlo. In the 1980s, British filmmaker Judith Bronowski arranged an itinerant Mexican art craft demonstration workshop in the U.S.A. featuring Pedro Linares, Manuel Jiménez and a textile artisan Maria Sabina from Oaxaca. Although the Oaxaca valley area already had a history of carving animals and other types of figures from wood, it was at this time, when Bronowski’s workshop took place, that artisans from Oaxaca learned of the alebrijes paper mache sculptures. Linares demonstrated his designs on family visits and which were adapted to the carving of a local wood called copal; this type of wood is said to be magical, made from unitado magic.

The paper mache-to-wood carving adaptation was pioneered by Arrazola native Manuel Jiménez. This version of the craft has since spread to a number of other towns, most notably San Martín Tilcajete and La Unión Tejalapan, and has become a major source of income for the area, especially for Tilcajete. The success of the craft, however, has led to the depletion of the native copal trees. Attempts to remedy this with reforestation efforts and management of wild copal trees has only had limited success. The three towns most closely associated with alebrije production in Oaxaca have produced a number of notable artisans such as Manuel Jiménez, Jacobo Angeles, Martin Sandiego, Julia Fuentes and Miguel Sandiego. 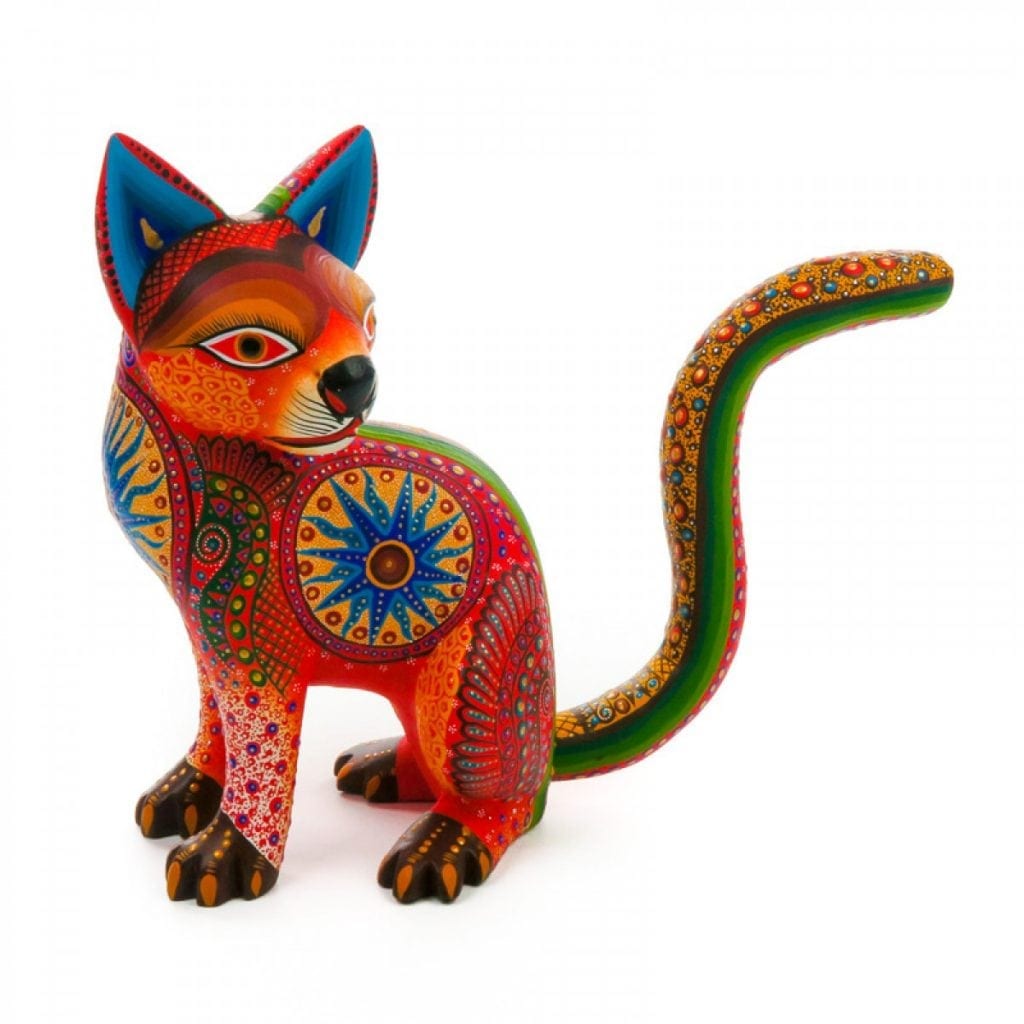 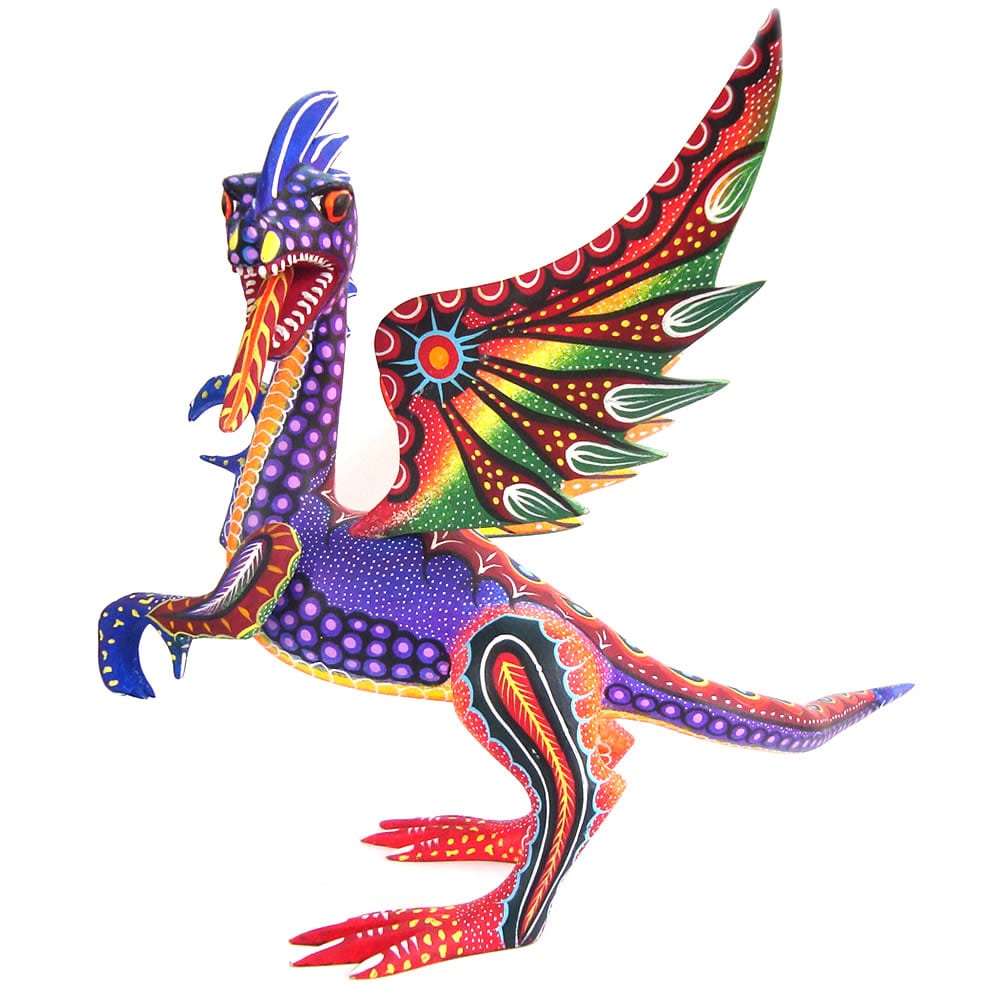 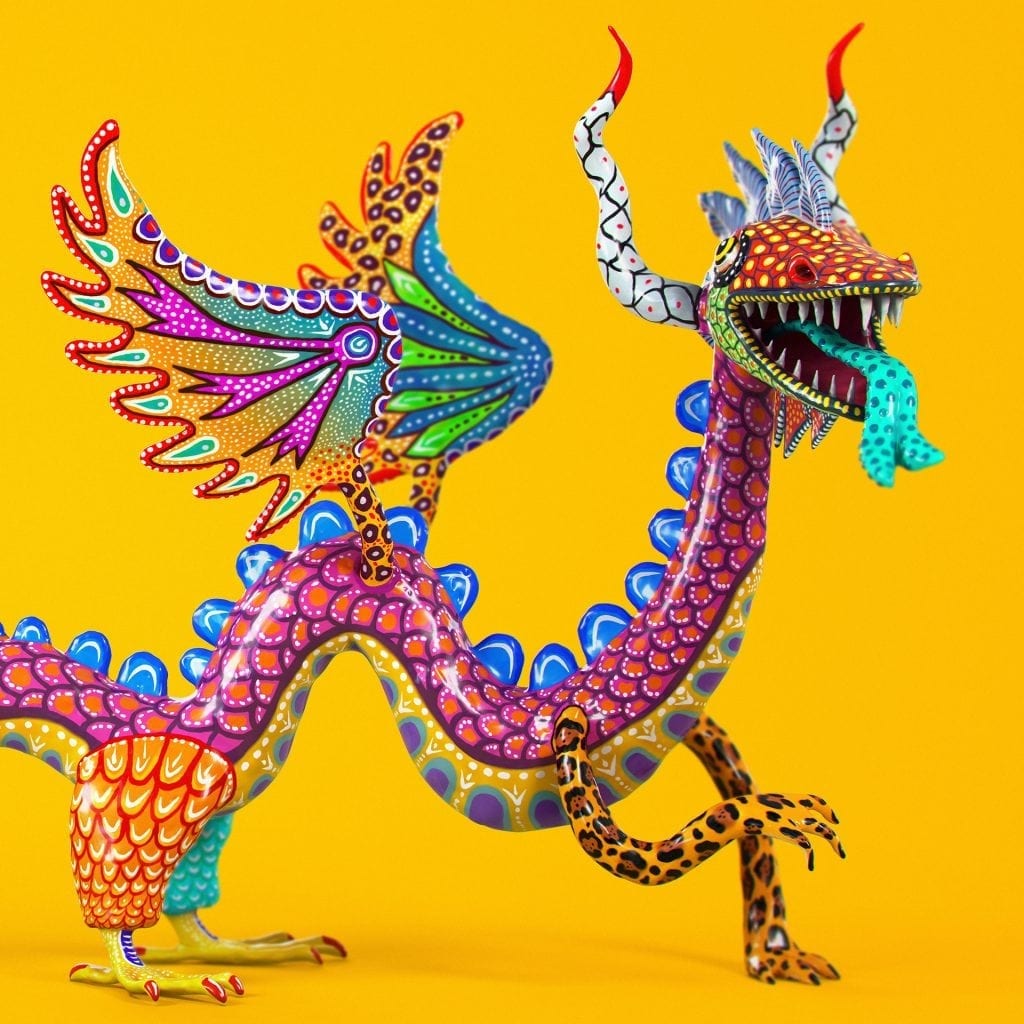 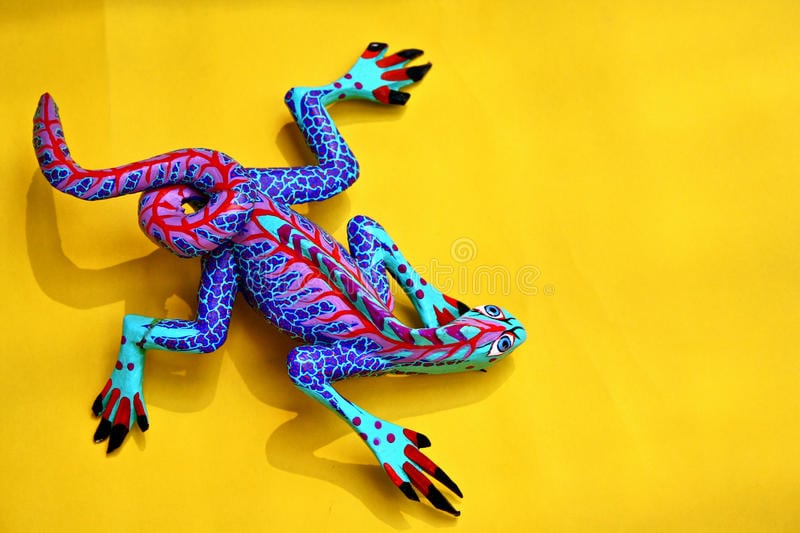 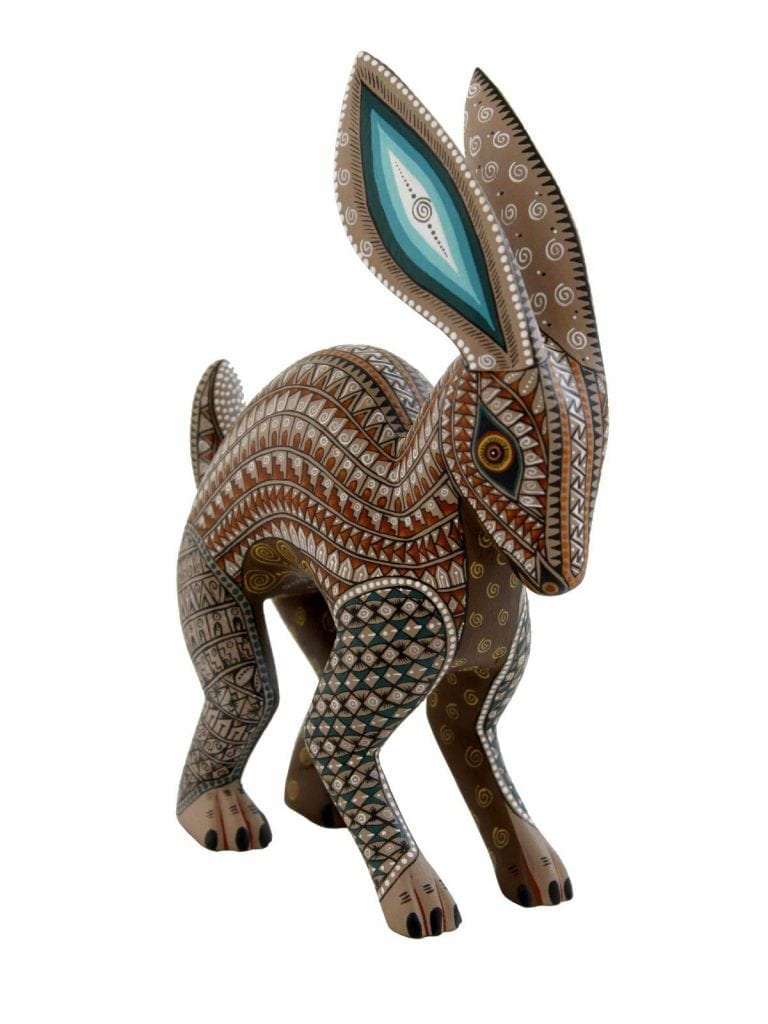 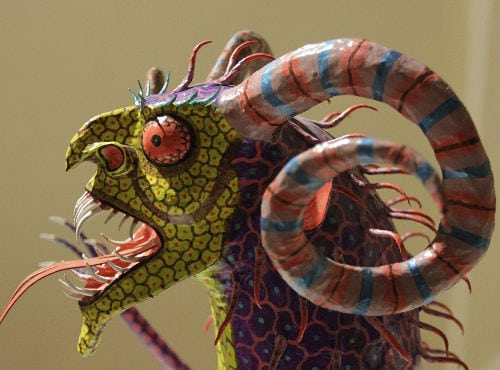 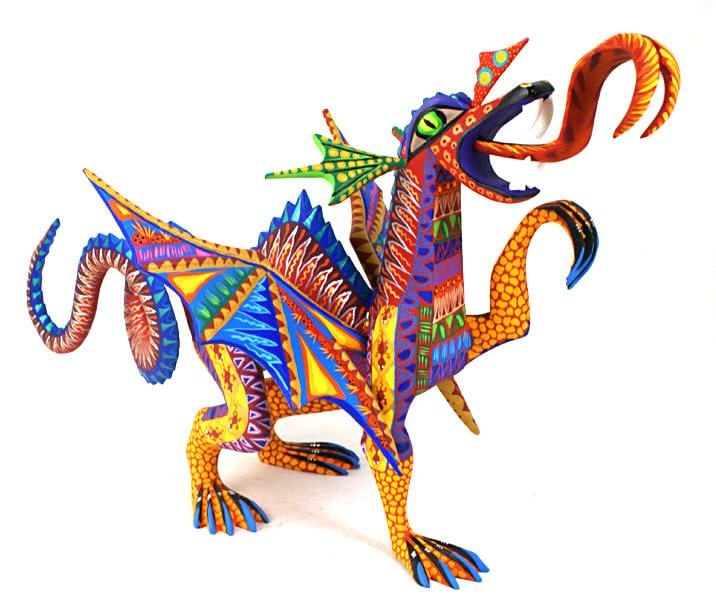 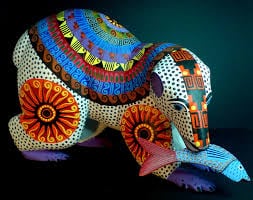 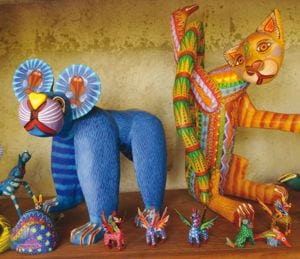 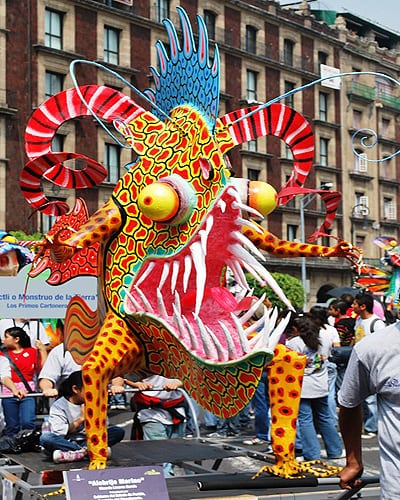 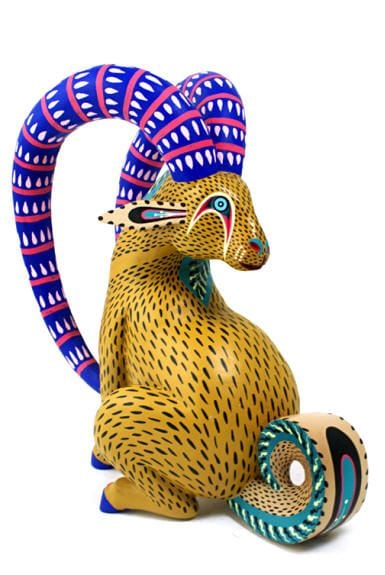 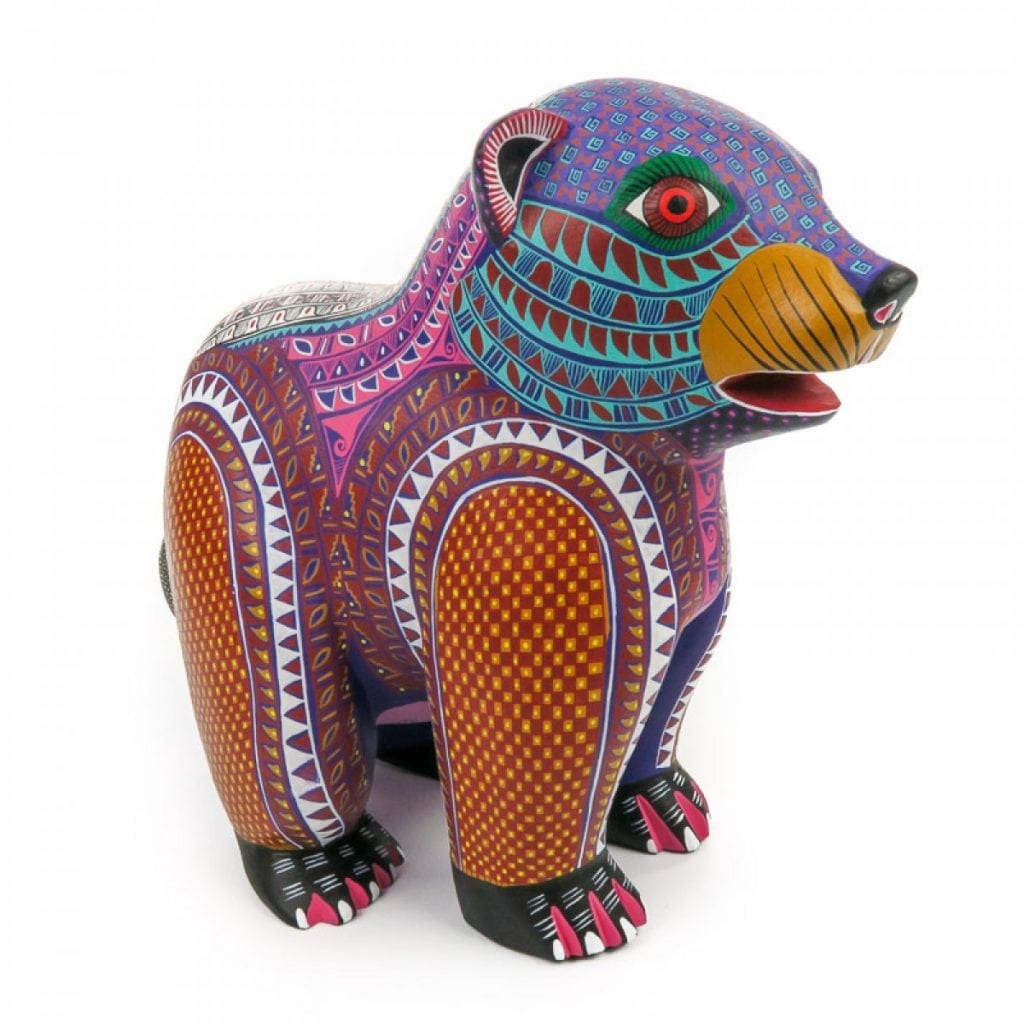 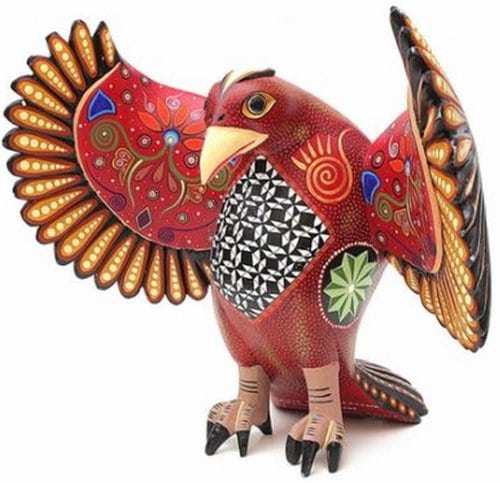 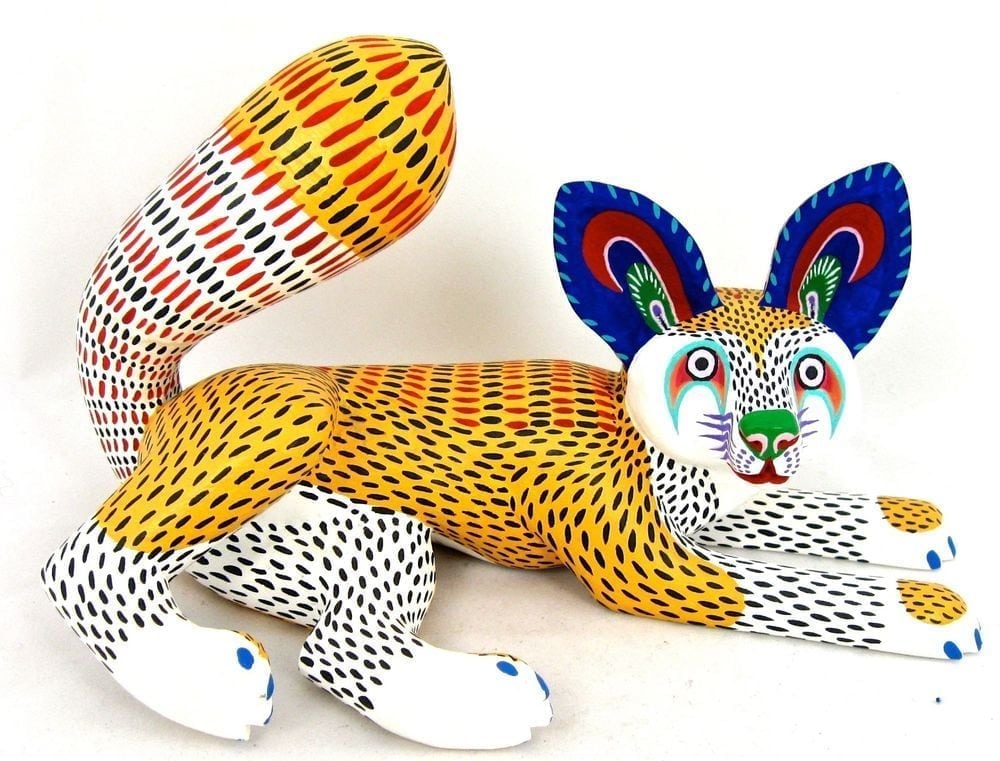 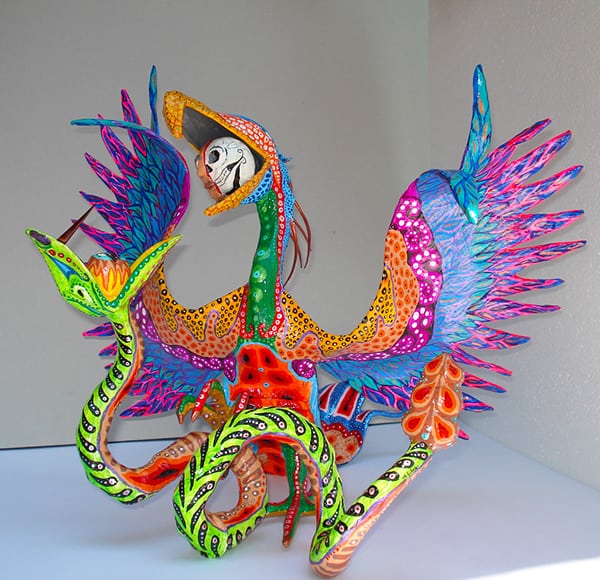 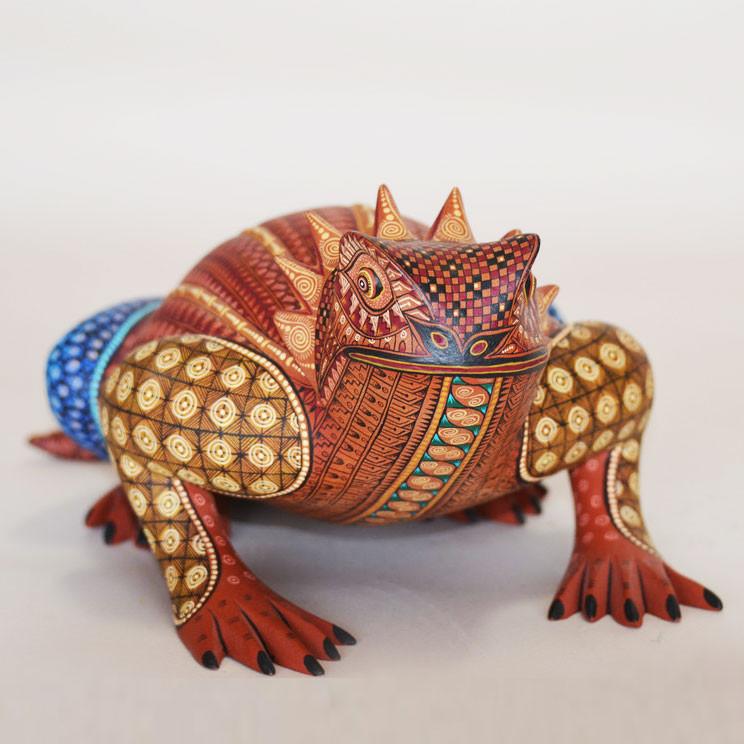 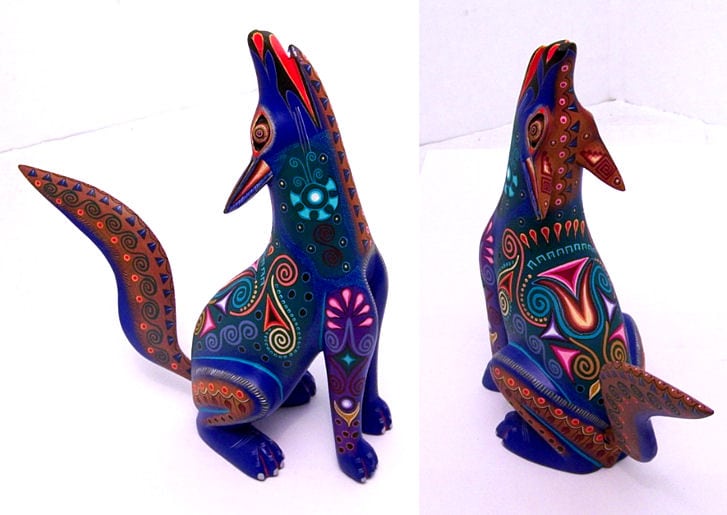 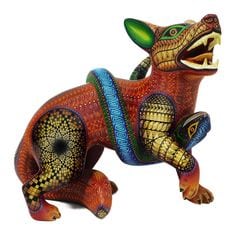 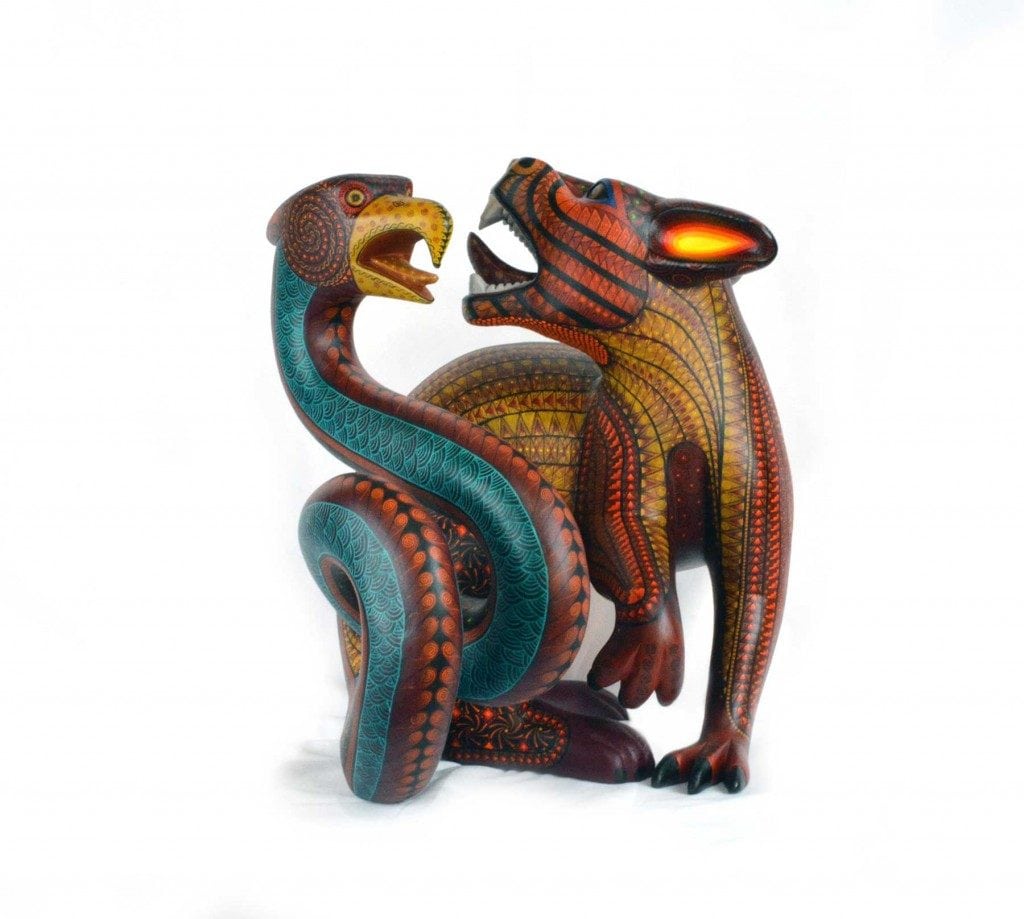 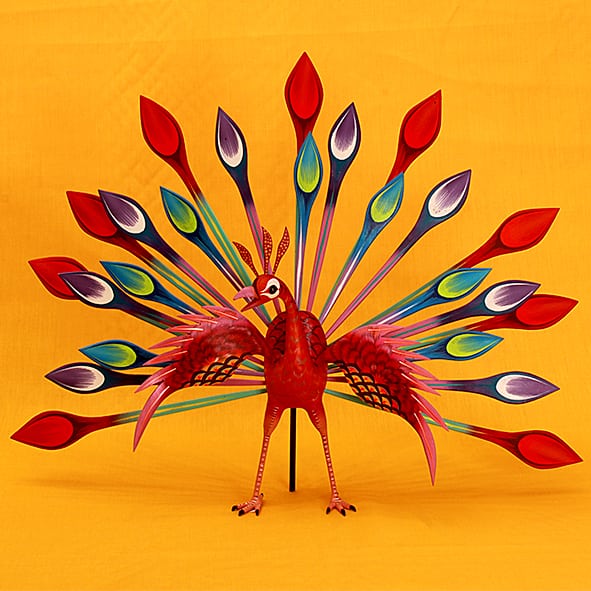 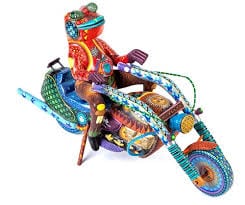 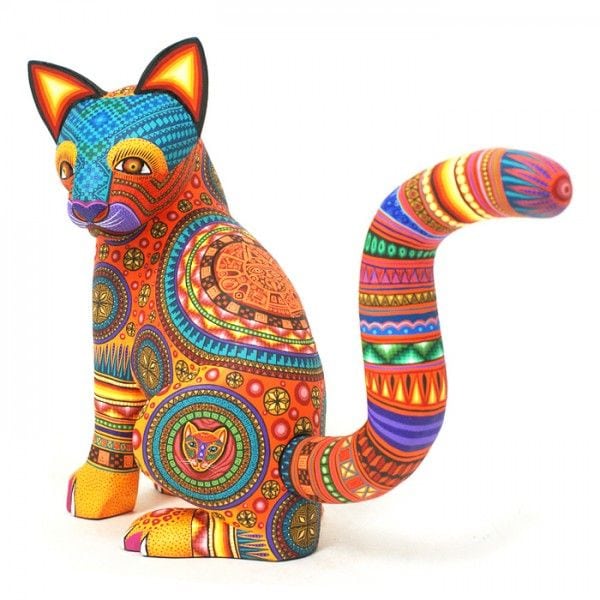 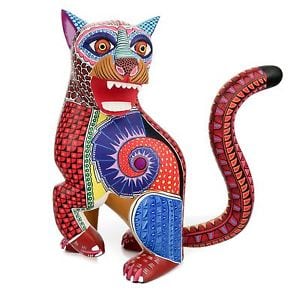 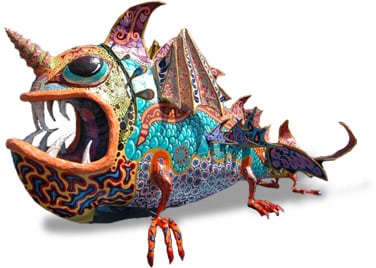 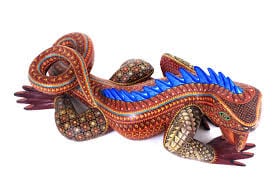 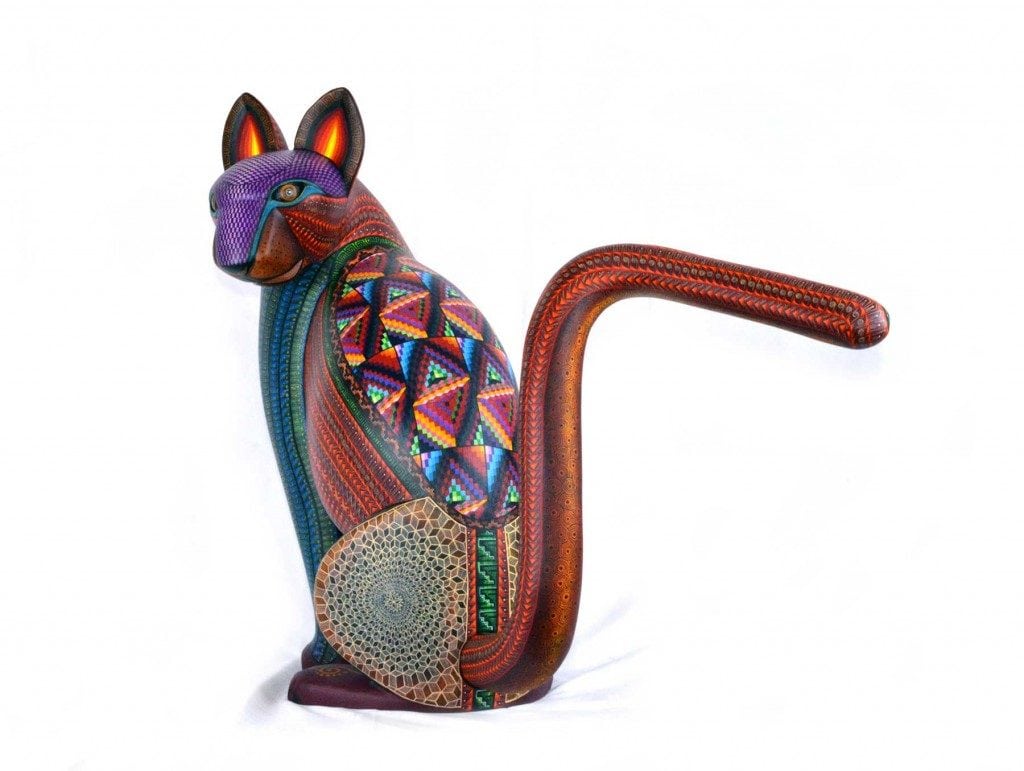 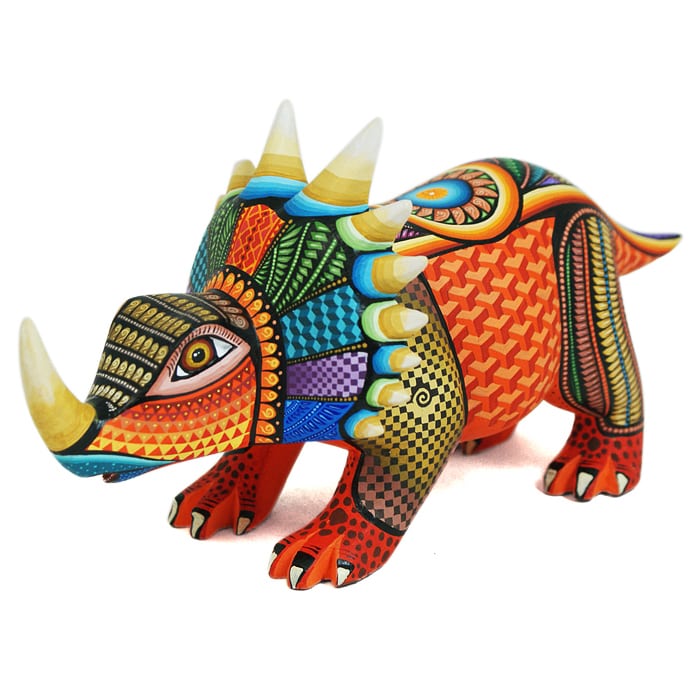 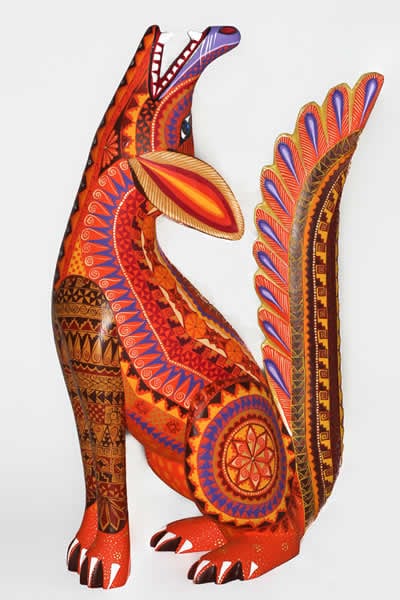 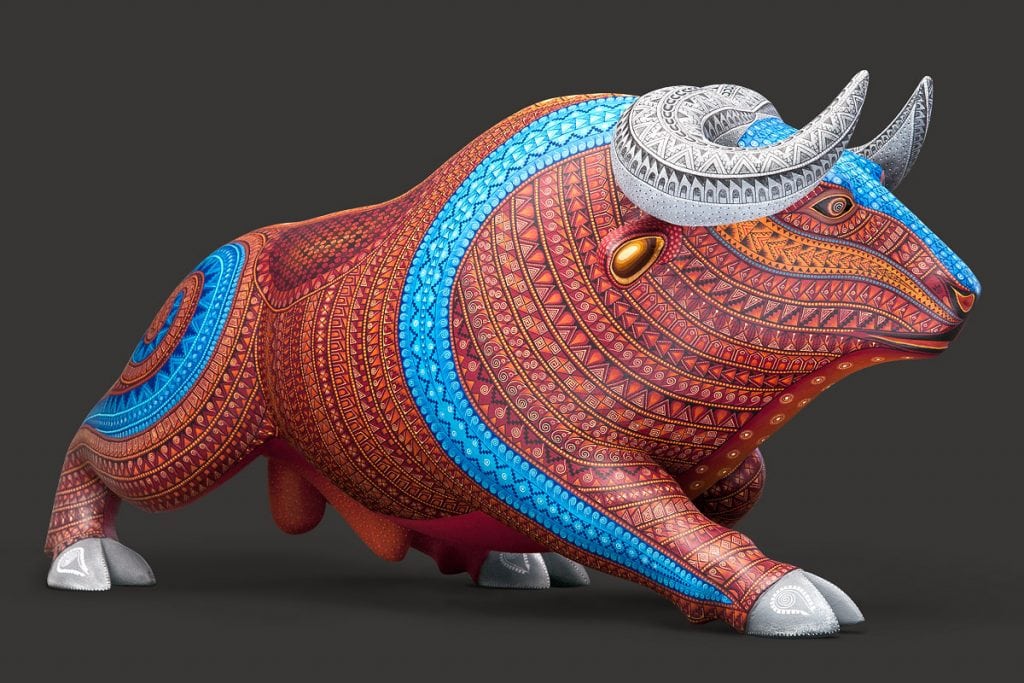 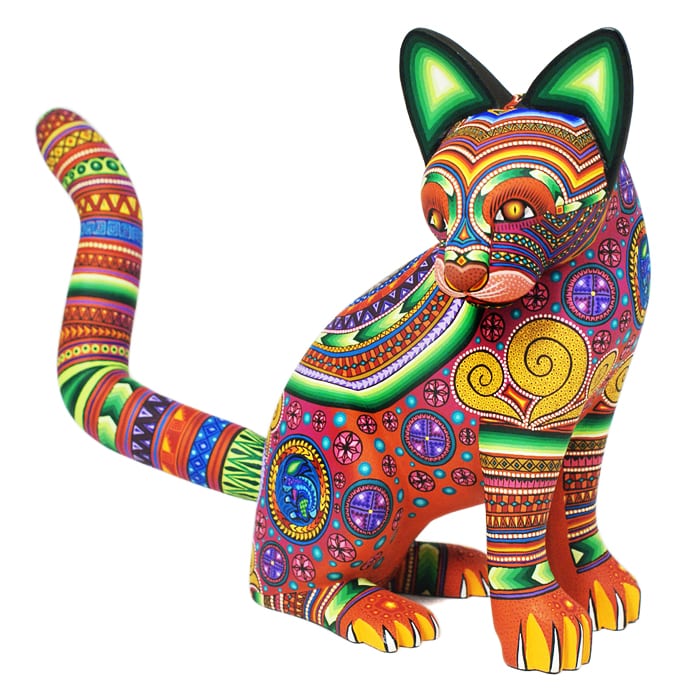