A world of color….

If you are following along from the past posts of Let Me Introduce Myself and First, Comes the Research ,  Ladies and Gentlemen, Start your Pencils, you may have guessed we are at the next steps in the costume design process. I am jumping over to another project that I have in process “Rounding Third” by  Richard Dresser.  From the title you could probably guess you are about to see some baseball uniforms….

“ROUNDING THIRD is the tumultuous journey of two Little League coaches through an entire season, from their first tentative meeting to the climactic championship game.   Don is the tough, blue-collar, win-at-all-costs veteran coach whose son is the star pitcher. Michael is a newcomer both to the town and to baseball. He’s a corporate executive who agrees to be Don’s assistant because he wants a special activity with his son, who’s never played baseball before.
Despite their differences, Michael and Don form an uneasy alliance for the benefit of the team. And over the course of exhilarating victories, heartbreaking defeats, and interminable rain-outs, the two men battle over how to lead the team.” –  Dramatic Publishing

Recap of the Process of Costume Design

If you just happened along this blog, let me fill you in a bit first on what we are tackling right now in the Lea Umberger Designs Studio:

I am not sure how familiar people are with the process of costume design for theater and film. Here is what generally goes into each design for a show.

THE PROCESS: After reading the show and determining how many costumes are needed, the next steps include:

TIME TO ADD THE COLOR!

At this point in the “Rounding Third” Design Process, the director and I have confirmed the silhouette of each character, talked about the color direction we are interested in seeing and I have had a chance to see the set design, to know what other colors the costumes will be playing in front of.

Next step- Create a collection of options for each character – with various color combinations that I think help define or inform the character.

Micheal is a business man, beholden to his cellphone.  He has volunteered to assistant coach his son’s little league team.  He also happens to be Canadian.  His color journey for one outfit can be seen below, from first inception to the final that is waiting to be presented for approval! 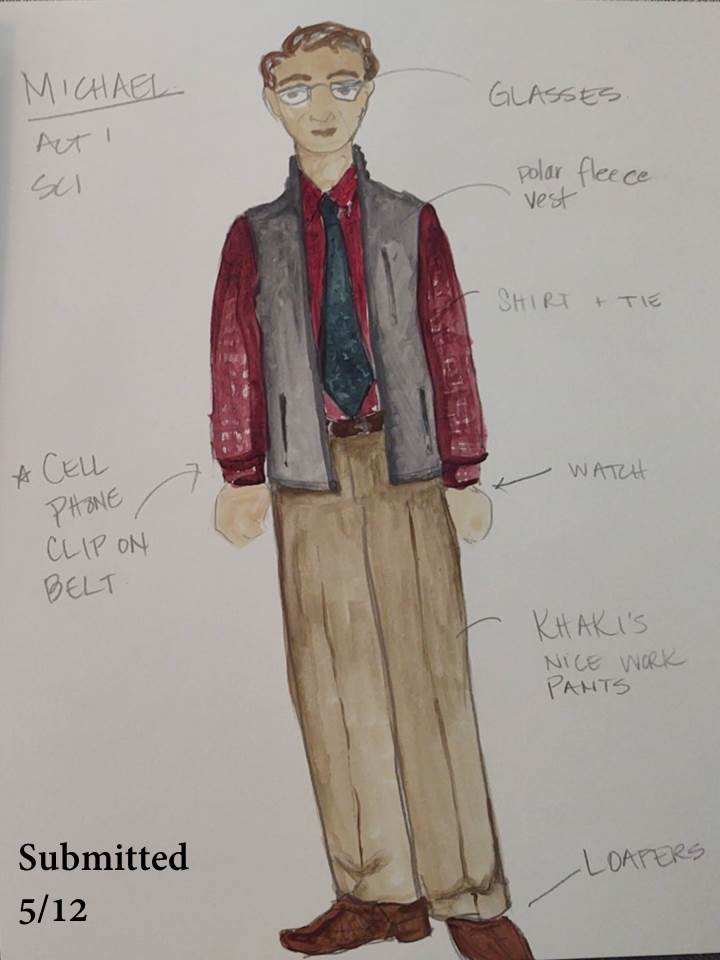 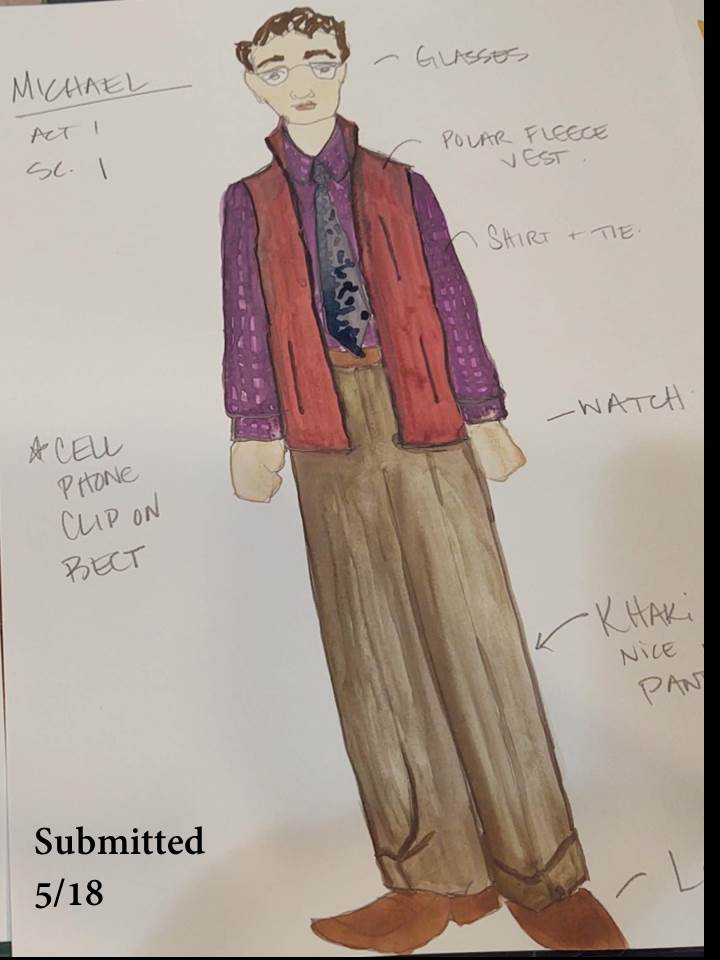 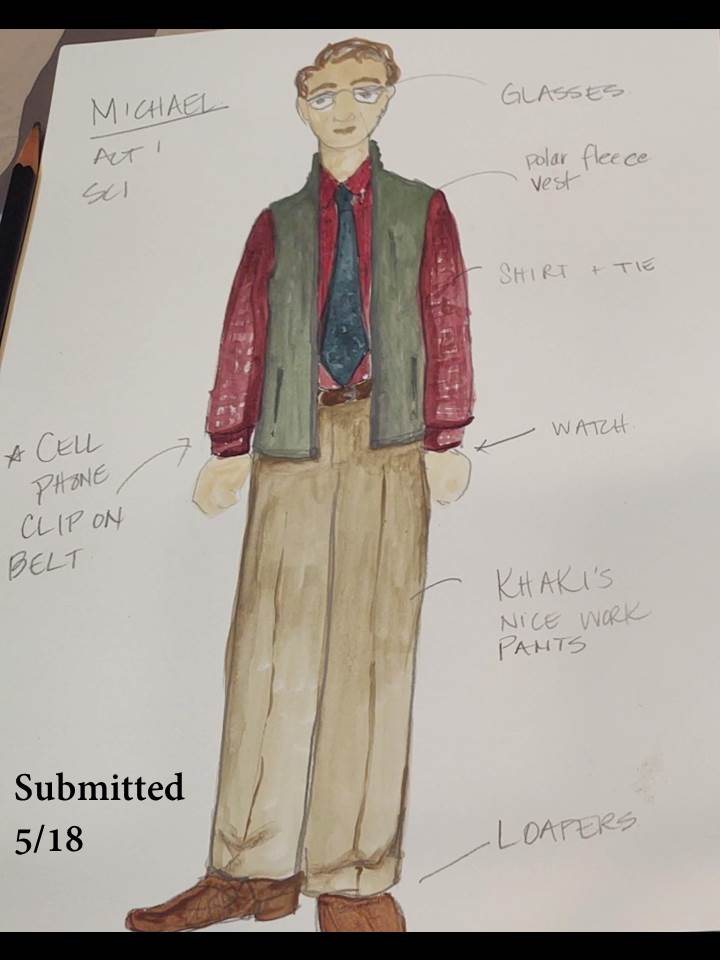 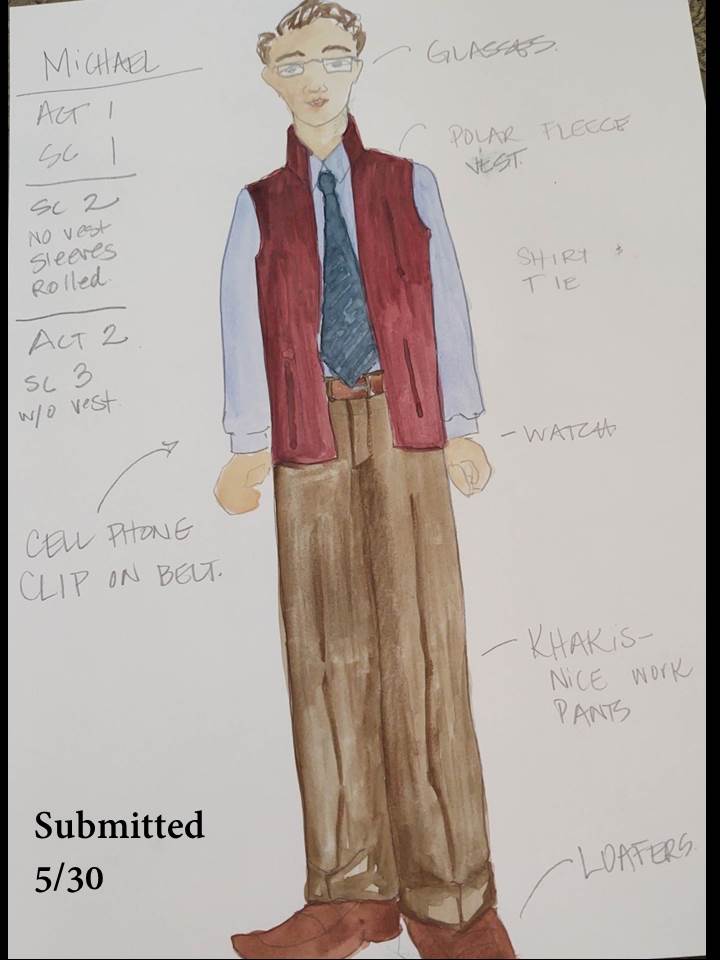 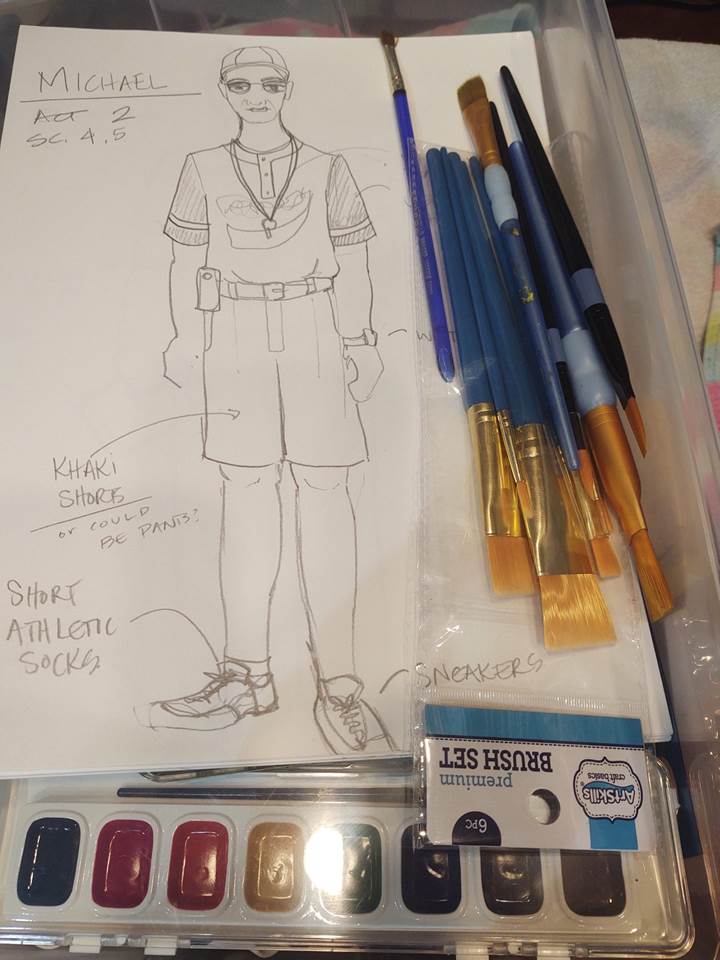 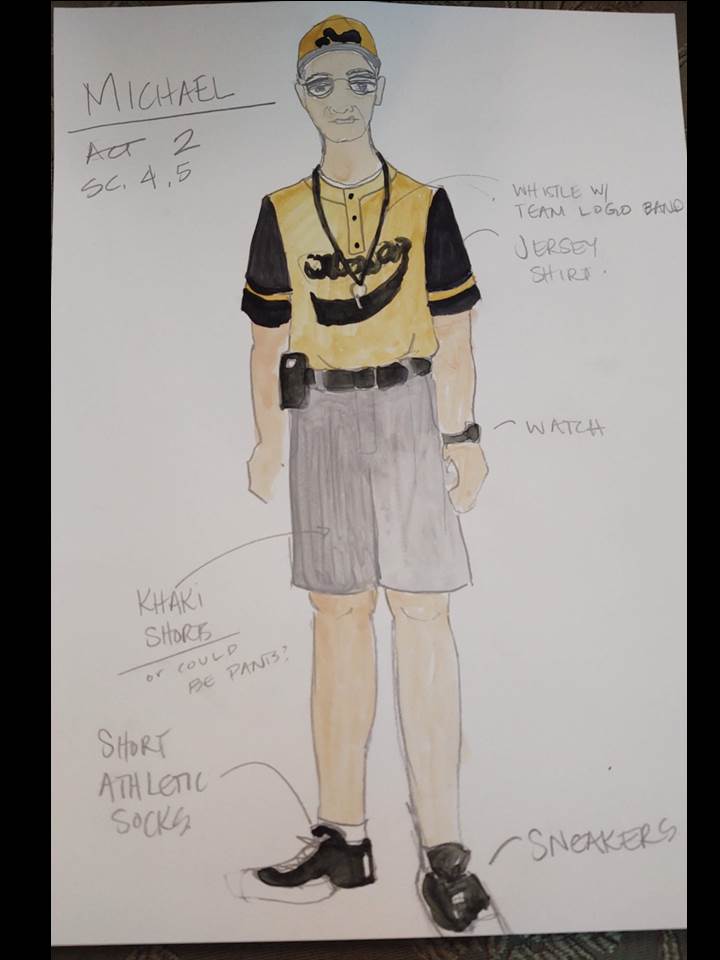 Don is an  “All American baseball man” from his youth playing ball, to coaching his son’s team – his life revolves around the game, for better or worse!

Can you “catch” the changes from round 2 and round 3?