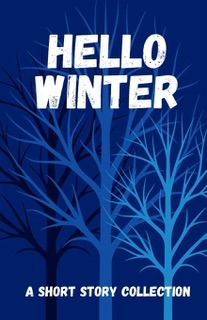 With news of ice storms, power losses and frigid temperatures across most of the United States, Floridians may be thinking that severe winter conditions don’t apply to them. But make no mistake – we are all experiencing winter these days. We are all wintering.

Winter is not only a season. It is a state of mind.

“Everybody winters at one time or another; some winter over and over again,” says Katherine May in Wintering: The Power of Rest and Retreat in Difficult Times.

“Wintering is a season in the cold. It is a fallow period in life when you’re cut off from the world, feeling rejected, sidelined, blocked from progress, or cast into the role of an outsider. Perhaps it results from an illness or a life event such as a bereavement or the birth of a child; perhaps it comes from a humiliation or failure. Perhaps you’re in a period of transition and have temporarily fallen between two worlds.”

Katherine May understands what it’s like to be in the cold. As a child, her autism went undiagnosed, and she was often forced to fend for herself in the isolation of her condition, learning to winter early on.

“Some winterings creep upon us more slowly,” May warns, “accompanying the protracted death of a relationship, the gradual ratcheting up of caring responsibilities as our parents age, the drip-drip-drip of lost confidence. Some are appallingly sudden, like discovering one day that your skills are considered obsolete, the company you worked for has gone bankrupt, or your partner is in love with someone new.”

Or finding yourself suddenly coping with a global pandemic.

“However it arrives,” May explains, “wintering is usually involuntary, lonely, and deeply painful. Yet it’s also inevitable.” Florida doesn’t have a real winter season. There are no snowdrifts, freezing nights or snow smoke (a winter term I learned from reading Snowdrift by Swedish mystery writer Helene Tursten), but thanks to COVID19, we have all gotten a crash course in wintering. Forced into hibernation of one sort or another, we have had to learn how to process all the losses we have been experiencing — from the loss of being able to circulate freely in the world to the devastating physical losses of those we love.

During this winter of our lives, we have been offered the chance to learn how to winter. Wintering, it turns out, is an art. Poets, novelists and short story writers have often used winter as a metaphor for gaining insight. From The Lion, the Witch and the Wardrobe to the Game of Thrones with its ominous warning that “winter is coming,” it is not an accident that winter has also long been a staple of children’s literature and fantasy tales. Winter is a season that almost by definition — or at least by Centigrade and Fahrenheit  — prompts contemplation, a turning inwards.

In 1962 Sylvia Plath wrote a poem she called “Wintering,” the last of her circle of bee poems. She used the dormant state of bees during winter as a stand in for her own reflection on the depression that once again was gripping her, this time after the painful collapse of her marriage. Setting the poem in winter, she asks the question, “Will the hive survive… to enter another year?”

The question of survival has seemed a particular urgent one in the era of COVID as we have witnessed so many deaths, but that question — Will we survive the winter? — is a reoccurring one for all of us. Pandemic or no pandemic, it is not a given that we will survive any winters of our lives. But if we do, Plath’s poem urges us to use the fallow time we are experiencing to prepare for the time ahead.

She ends “Wintering” with an image of rejuvenation, a declaration of optimism and, yes, with a celebration of surviving another year – “The bees are flying,” reads the last line of Wintering. “They taste the spring.” Winter — whether it is the actual season or just the concept of wintering, hunkering down and withdrawing from the world — can teach us how to prepare for the rest of our lives.

“That’s what winter is: an exercise in remembering how to still yourself then how to come pliantly back to life again. An exercise in adapting yourself to whatever frozen or molten state it brings you,” writes Scottish novelist Ali Smith in Winter, a quirky novel that imagines a dysfunctional family gathering at Christmas time in Britain.

Plath eventually did not survive the winter of 1963. On February 11 of that year she committed suicide by placing her head in an oven. In the unpublished book of poems that she left behind  — which was eventually published posthumously as Ariel and Other Poems — she chose ”Wintering” to be the final poem.

“The poem… ends with an image of rejuvenation, a declaration of optimism and survival,” says Kate Moses, author of Wintering: A Novel of Sylvia Plath, which imagines the last days of the poet.

When Ariel was published in 1965, however, Plath’s original life-affirming arrangement of her poems was altered. Her husband, Ted Hughes, who was also a poet, rearranged the order, burying the “bee poems” in the middle of the collection, placing at the end a poem called “Edge.” Unlike the more forward-looking “Wintering,” “Edge” is a poem about death that seems to foretell Plath’s eventual suicide. It wasn’t even included in her original Ariel manuscript.

“Ariel as edited by Ted Hughes has a particular trajectory,” writes Moses. “It seems to be a narrative of a woman who is intentionally moving toward her self-destruction. Robert Lowell’s foreword claimed ‘these poems are playing Russian roulette with six cartridges in the cylinder… they tell that life, even when disciplined, is simply not worth it.’ And that became the way people saw Plath: defiantly suicidal, a lost cause from the start.”

In the original arrangement, however, the opposite was true – Plath had started with “love” and ended with “spring,” hardly a pathway toward destruction. “(I)t was very much a narrative about a persona, a woman, who was remaking her life after having it burned down to the ground, and she was rising to another place of survival and optimism,” says Moses.

A poem, in short, about the value of wintering. About learning to reflect, to recuperate, to survive. In “Snowdrifts,” a chapter in Karl Ove Knausgaard’s volume of essays called Winter, the second in his quartet on the seasons, the Norwegian author points to the many Norse gods who are named for specific Norse words associated with winter. The children of the god Snow (who is the son of Jokul, which is the Norse word for ice) are Fonn (the Norse word for a large accumulation of snow), Torre (which means hoar frost), Mjoll (a dense snowfall) and Driva (a snow flurry).

“These names afford us a glimpse of a cold, snow-filled world, but also of a belief that its various aspects represent different powers,” writes Knausgaard. “The boundary between personification and naming is fluid, for even if we don’t believe that a blizzard is a supernatural force, it still represents a separate state of nature, creating a space all its own and giving rise to particular moods or tonalities, and through the name all this is delineated and assembled, so that we are able not only to recognize it as something separate when it is present but also to invoke it when it is absent.”

This is the power of winter, the essence of wintering – a time to identify how we can survive when everything seems to have died around us. The natural world has long learned how to winter, to adapt to a world of deprivations. Animals put on layers of fat, preparing for long hibernations. Birds migrate to warmer climes. After a burst of color, deciduous trees shed their leaves. Plants burrow deep into the soil to await the spring.

“Plants and animals don’t fight the winter; they don’t pretend it’s not happening and attempt to carry on living the same lives that they lived in the summer. They prepare. They adapt. They perform extraordinary acts of metamorphosis to get them through. Winter is a time of withdrawing from the world, maximising scant resources, carrying out acts of brutal efficiency and vanishing from sight; but that’s where the transformation occurs. Winter is not the death of the life cycle, but its crucible,” writes May. Last month a friend of mine, Mindi Dickstein, sent me a collection of short stories called Hello Winter, compiled by Hello Out There Productions founded by director and playwright India Marie Paul.

In 2020 in response to the closure of theaters and performance spaces, Paul asked Mindi, who also is a playwright, and eight other writers to submit a new short story prompted by the simple prompt, “hello winter.” The collection was conceived “as a way to continue the creating and telling of stories during a time when live entertainment came to a complete halt and the future of the arts were unknown,” writes Paul.

Mindi’s contribution is called “The Essential Guide to Happiness,” the story of  “a woman who has lived half her life in the 20th century and half in the 21st” who “grapples with questions of self, purpose, and the pursuit of happiness in the midst of the pandemic — with a little help from New York State Governor Andrew Cuomo.” Forced to close her art gallery, Louise tries to adjust to the new normal, shopping on the internet, Zooming incessantly and watching Cuomo’s updates on the virus. At one point, on a website based in New Delhi, she sees a wooden figurine for sale. On its base is inscribed the words: “The essential guide to happiness.” She orders it, wondering with the disruptions due to the pandemic if it will ever arrive.

Whatever our own struggles have looked like this past year, I think we can all relate to Louise. Since the pandemic has thrown the world into turmoil, we all have been waiting for the Essential Guide to Happiness to show up on our doorstep. We are all waiting to emerge from this forced wintering.

But as we learn the art of wintering, it begins to dawn on us — as it does Louise — that the Essential Guide to Happiness has already been delivered.  It’s right there inside of us.