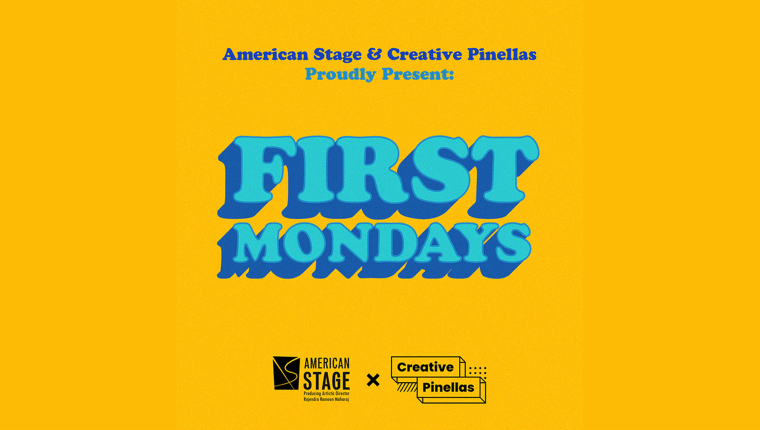 October 13, 2017 by PETER MEINKE
A poet laureate muses on how he and his wife came to call South St. Pete home. “Why this is hell, nor am I out of it.” Thus speaks Mephistophilis in Christopher Marlowe’s “Dr. Faustus” (1604). His point is—and Faustus gets it—that our important places, like heaven or hell, are within us. This is hard to describe, unlike, say, Dante’s “Inferno” with its pitchforks, mud, and flakes of fire; but it feels true. The question is, when Hurricane Irma knocks the power out in a poet’s place, does the lettuce wilt and the milk go sour?  Or does he or she just stop writing?
What is the poet’s place, or the poet’s sense of place?  In the “creative community,” is it primarily exterior or interior? Robinson Jeffers said of his stone house, Tor, “It is evident we had come without knowing to our inevitable place.”  Is it in the woods of Vermont or Robert Frost’s imagination?  If Emily Dickinson left Amherst, would she have kept on writing? One thinks of the ending of “Among School Children” by the great Irish poet William Butler Yeats:
O body swayed to music, O brightening glance,
How can we tell the dancer from the dance?
One evening some time ago, we had guests over for dinner, and they were shuffling around, deciding where to sit. Jeanne said, “Well, Peter sits at the head of the table, over there.”  I pointed out that while I usually sat there, it was a round table, and there’s no “head” at a round table. If I remember correctly, at King Arthur’s round table all the knights were equal. But would Lancelot, Tristan or Gawain want to sit in the Arthur’s chair? Maybe chairs can be in our heads.
As for us:  In 1966 Jeanne and I moved, in our apostolic manner, from St. Paul to St. Petersburg, where I’d accepted a job at Florida Presbyterian College [now Eckerd College]. Florida was not our “place,” geographically, culturally or politically. As we drove down the ugly elongated strip mall that was U.S. 19 in our wobbly unairconditioned VW bus, our four young children were hot and unhappy. “Don’t worry,” I told them.  “We’ll warm up for three years, and then move back to civilization.” Fifty-one years later, our children have fled, but we’ve found our place.
To start with, FPC was welcoming:  a community of scholars and artists with a common love of books and learning, and a belief in communicating what we knew and valued to younger students. And its “grading” system was Pass, Fail, and Honors—this was the real ‘60’s spirit. We quickly bought a Florida ranch house—with four kids, we had to—and Jeanne filled it with handsome furniture she plucked out of the Salvation Army and Good Will: a wicker couch, a solid wooden round table, a large sheriff’s desk full of nooks and little drawers. But if we had a sense of innerplace, we didn’t talk about it.
Two years later, in the summer of 1968, we took students on a tour of Europe, winding up at Sussex University in southeast England. Midway through our summer we visited the Lake District and the home of William Wordsworth who, with his sister Dorothy, moved there in 1799.  I believe all of our students enjoyed and admired this romantic nest—but none of them had their lives changed, except us. Who knew this was what we wanted?  We took the little cottage’s stone floor, fire place, oak beams and panels, picturesque gardens sloping down toward Lake Grasmere deep into our inner lives. When we returned to St. Pete we — previously contented — weren’t happy with our home.
During the next year, we believe, Jeanne simply willed our little cottage on Wildwood Lane in the woodsy Driftwood neighborhood where seldom anything goes up for grabs, to go on sale. She found it in 1969, we circled it with our wagon, and bought it 1970: it didn’t have a chance.
Jeanne and I don’t agree on everything. She’s vegetarian; I’m a drooling carnivore. But we have an interlocking sense of place, a sort of sweet trap that keeps us on a strong aesthetic leash. When we sit down at our table for dinner or at our desks to draw or write, we’ve an exterior place that works for us. Forty-seven years later we’re happy just to look out the windows at the oaks and azaleas. Although now we each even have our own small studios, mine up and hers down, we’ve found that this exterior place is portable. We’ve lived for extended stays (usually semesters, occasionally full years), in many cities (London, Paris, Neuchatel, Warsaw); we’ve lived on elegant estates (Chateau Lavigny in Switzerland) and in chintzy fifth-floor walk-ups (ul. Sobieskiego, in Poland). It doesn’t matter that much:  We know Wildwood Lane is waiting.
What I believe is that writers and artists are capable of taking an exterior place they love (Frost’s woods, Dickinson’s garden, Jeffers’ tower) and pack it up inside them. “Stone walls do not a prison make / nor iron bars a cage,” wrote Richard Lovelace in “To Althea, from Prison.” If President Trump took umbrage at one of our columns or drawings and we were carted off, we’d be still attached to St. Petersburg.  A special place may not be entirely necessary, but has been a source of comfort and inspiration for many.
Today, the front yard of our dream house looks like a nightmare, as Irma whipped through ripping large limbs and branches off our old oak trees. Miraculously, they missed our cottage, and as we tug the broken branches toward the pile by the curb, sweating like horses, we shake our heads and say, “Pretty lucky, all right.”

Emeritus Professor of Literature Peter Meinke was named the Poet Laureate of Florida by Gov. Rick Scott in 2015. Meinke, who joined Eckerd in 1966 as its first director of creative writing and serves as the Poet Laureate of St. Petersburg, is the fourth poet laureate in the history of the state. Jeanne Meinke’s sleek pen & ink drawings have appeared in the The New Yorker, Gourmet, Bon Appetit,  Eckerd Review and other prominent publications. She has collaborated with her husband on several books, and her drawings have accompanied her husband’s biweekly column, “The Poet’s Notebook,” in Tampa’s alt-newsweekly, Creative Loafing.