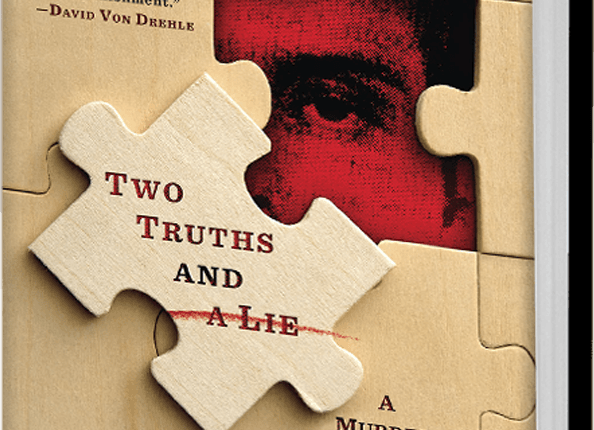 A few weeks ago, I posted about two events I was looking forward to hosting: the first with Ellen McGarrahan, author of the memoir Two Truths and a Lie, for Miami Book Fair; and the second with Tyler Gillespie, to launch his new essay collection The Thing About Florida, with Bookstore1 Sarasota.

McGarrahan has been a private detective for 20 years, after working for a decade as an investigative reporter at three different national newspapers. While a young journalist, she witnessed the 1990 execution of Jesse Tafero in Tallahassee. Ten years later, Tafero’s guilt was called into question when his case became the subject of off-Broadway hit show The Exonerated. Two Truths and a Lie is a memoir about McGarrahan’s search for the truth. You’ll need to register for the event, but it is free to watch here.

The Thing About Florida is Gillespie’s second book, after his 2018 book of poems, Florida Man. A work of nonfiction journalism, it deals with similar themes as his first, deconstructing and rejecting the “Florida Man” stereotype with characteristic meticulous research, and signature humor.