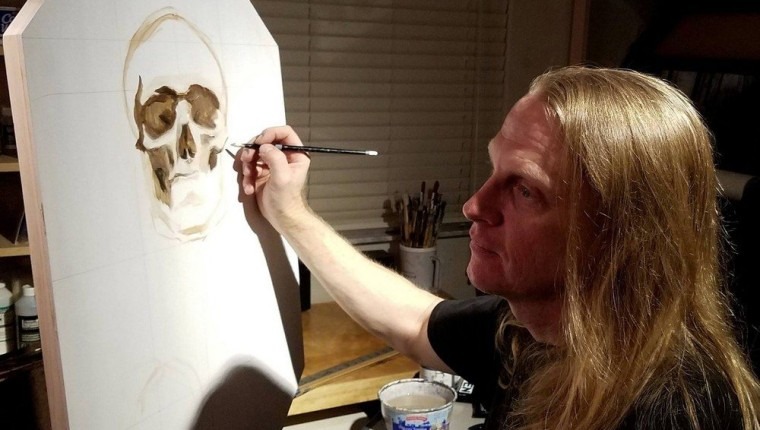 As a young boy, Kevin Grass was intently drawing at the kitchen table in his family’s small home in Ste. Genevieve, Missouri, when his mom rushed in, asking: “Didn’t you see all the smoke?” He was so engrossed in his sketches of dinosaurs, he never noticed his mother had washed some sneakers and put them in the oven to dry, and they had begun to smoke. That persistent dedication to his art has never left him and is why Grass now spends hundreds of hours perfecting each painting.

That Grass would become an artist was never a given. His dad worked as a grocery store bagger and his mom as a school cafeteria worker when he was growing up in the small midwestern bedroom community an hour south of St. Louis.

Grass’s formal education in art began at Washington University in St. Louis. He received his undergraduate degree in drawing and painting in 1990 on a full academic scholarship since he was valedictorian of his high school class.

He earned his Master of Fine Arts degree at the University of Georgia. The fall after receiving his graduate degree, Grass began instructing art at Gordon College in Barnesville, Georgia. In August 1997, while his wife was expecting their son, Grass started teaching full-time at St. Petersburg College in Florida, where he still works today.

Figurative pieces that comment upon social issues of the day comprise the current body of Grass’s work. His paintings can be found in museums, corporate, public, and private collections throughout the United States and Europe.