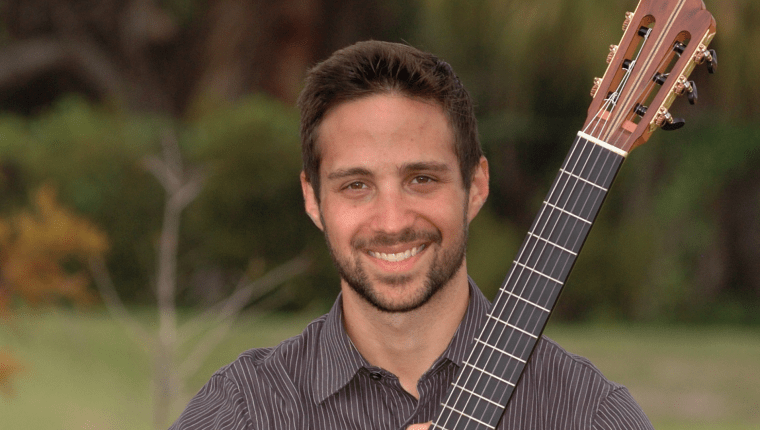 Erol Ozsever has served on USF’s Music Faculty since 2017 as the Director of Classical and Popular Guitar Studies and Music Theory Instructor since 2019. His responsibilities at USF include teaching classical guitar studio, Music Theory I & II, and directing the Popular Music Ensemble.

Erol has received numerous recognitions and competition prizes including the top prize for graduate strings in the 2008 Indianapolis Matinee Musicale and 1st prize at the 2009 Rosario Guitar Competition. He is also the founder and former co-director of the Indiana International Guitar Festival and Competition. Erol has performed in concert halls across the country and has shared the stage with members of the Carmel Symphony Orchestra, the Florida Orchestra, and has performed as a featured soloist with the Pinellas Park Orchestra. He has published solo guitar arrangements and articles on the psychology of motor learning and has presented at symposia throughout the country. He recently published “The Oz Guitar Method” and “The Oz Ukulele Method” through F-flat Books