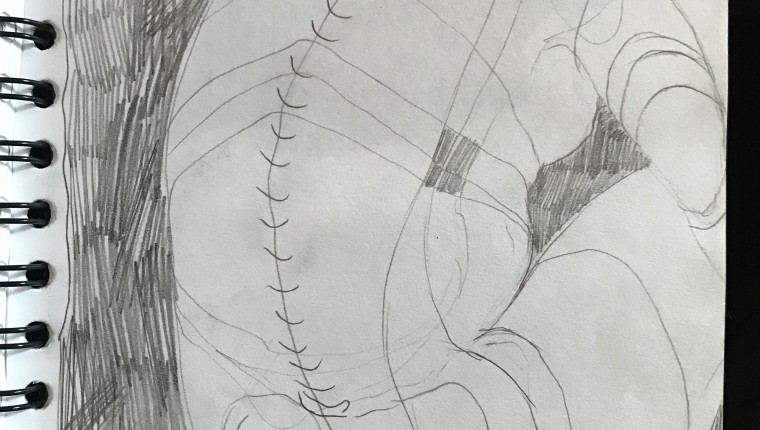 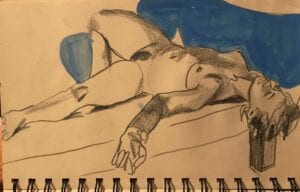 This is a discussion post taken from a course I took through UF Arts in Medicine program.

New insights into illness gathered from this week’s literature centered around isolation. Illness or a disability can cause isolation from many different aspects and the answers to face it are found in our human nature. Isolation can occur physically and mentally and if not dealt with can shorten a life or diminish the human spirit.

Physical isolation by illness or disability can cause a person to feel less than others and frustrated at life if they are able to recall how they once were. Sadly as part of human nature it is easy to separate those who are different out of fear or trying to protect someone but in the end can make the situation worse. Physical isolation can occur by being in a hospital bed, a wheelchair, or a nursing home. Mental isolation can happen when the illness or disability makes you withdraw from life because it feels like no one will understand you or your life. A person will willingly shut down emotionally and not want to face the new circumstances that have created this isolation. The literature this week had elements of things that can cause isolation but more importantly the things that can be done by those isolated and their care givers to keep the human spirit alive.

Brene Brown talks about the importance of human connection and for it to occur we have to be excruciatingly vulnerable. (Brown, n.d.) Yet, vulnerability is scary for most and instead of allowing those feelings to rise up and be confronted many people like to numb them. Brene talks about how you can’t selectively numb certain feelings because eventually you will numb all feelings. (Brown, n.d.) Having the courage to address the hard feelings of helplessness, weakness, and being different that come up with being ill will give a person the spirit to persevere in life. Just as Janine Sheppard did because she decided to become a pilot after becoming a paraplegic. Her story is incredible and the very essence of the human spirit triumphing over physical circumstance. Her identity was set in being an athlete and when that was removed there had to be something to live for because if not, that is a tough price to pay. (Shepherd, n.d.) It reminded me of Viktor Frankl’s statement that “the sudden loss of hope and courage can have deadly effect.” (Frankl, 1992).

This thought coincided with two other things, the book I read, The Diving Bell and the Butterfly and meeting a man on a recent trip who is a quadriplegic. The Diving Bell and the Butterfly is the story of a man, who was the editor of ELLE magazine in France, who has a stroke that makes him almost completely paralyzed except for the ability to move his eyes, one of which has to be sewn shut. He could hear and process information but was only able to communicate by blinking his eye. The perspective revealed by the author, living life by one eye was poetically beautiful,  light and humorous at times. He and his language therapist decided to write his experience one letter at a time (Bauby, 1997). That was worth living for. His body was isolated and confined as the diving bell submerged deep in the ocean but his mind was free to fly and explore as a butterfly. Yet again, a triumph of the possibilities of the mind and the human spirit.

On a recent trip, it just so happened that we would be staying with a man who has been paralyzed for the past 33 years from a gymnastics accident that occurred when he was 19. He is able to talk and move his neck and head around and control his wheelchair with a joystick-like straw. I was fortunate to be able to talk with him about any art interests he had or ways he expressed himself. He likes watching western movies, reading western books about cowboys and ranchers but his true love is for horses and what better way to see horses than in a western movie! I delighted with his singular interest and asked if he would be interested in painting or drawing western landscapes? Not really. What about writing your own western story? Not really. What about going out west to see the landscape that was used in all the movies? Not really. I changed the subject and didn’t ask again about creative projects he could do. It made me think about what is he living for? He stays in his room all day unless to go for a doctor’s visit. He doesn’t really travel unless for medical reasons but has family all over the country. He had a quiet schedule of nurses and meals and watching movies. We talked more about my schooling and what kind of painting I like and then somehow ended up talking about Bob Ross. He loved watching Bob Ross when he was younger and he said he’d like to start watching him again. I was grateful to have gotten that small seed of interest in doing something new that could bring him joy and relaxation. I’m hoping that in a few months maybe writing his own western novel could be a possibility?

Brown, B. (n.d.). The power of vulnerability. Retrieved from https://www.ted.com/talks/brene_brown_on_vulnerability