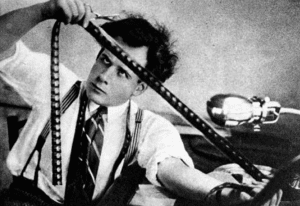 Over the years, I’ve run across many projects that were just a pile of footage. If you don’t know what you’re doing, that’s what you might end up with.

And sometimes, I’ve been asked whether I could take the footage and create a film for the befuddled filmmakers. I explain that is harder to do that than if I were to start from the beginning.

40 hours of film footage translates to 40 hours of my time – a weeks worth of work.

Documentaries are usually character-driven. The words of the people in the film create the narrative, the script – the words come either from interviews or they are taken from verité b-roll.

If you film interviews, it’s important to make transcripts and put them into notebooks. Also, log the field tapes by pulling the bites and transcribing those. Transcripts are invaluable because you might need to edit bites. Sometimes you will need a word that the interviewee has said, in order to help your editing. Any MS Word document can be searched for a single word – then you find it in your footage.

Once you’re ready to edit, you create what is called a Rough Assemblage. You can either arrange the segments chronologically (if it’s a period piece, or a biography, for instance) or you can group them by subject. Or you group them by how they go together to tell your story.

Then you make what’s called a Paper Cut. You just edit to the paper script. Once you play it back, it really starts to take on a life of its own and feed your imagination.