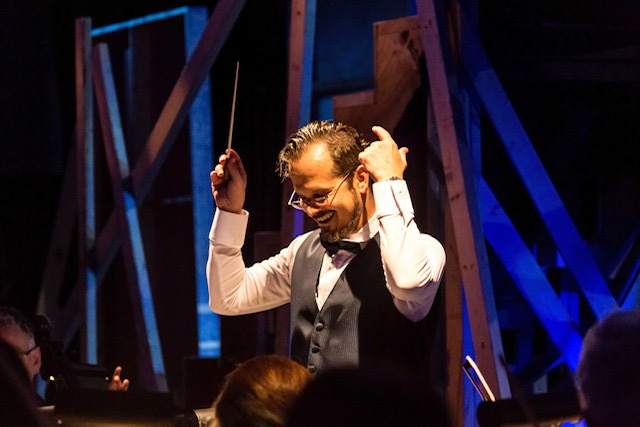 The 18th-century English writer Samuel Johnson once described opera as “exotic and irrational entertainment,’’ and he was right. Its exoticism is what makes it so appealing, and nobody can accuse opera of making sense.

Let’s face it – in real life people don’t sing about murdering their lover, much less sing while being murdered.

But what opera is or isn’t doesn’t really matter. It thrives after 400 years because it expresses feelings we all have, and presents them in a way that envelops our senses.

And maybe, just maybe, it can offer comfort during challenging times like today, when we need an artful distraction.

Such distractions unfold this weekend when St. Petersburg Opera presents Opera’s Greatest Hits, a trio of concerts featuring well-known and easy-to-digest arias and ensembles from the operatic canon.

“I want to tell the story that opera really is a great art form, and that these vocal pieces are about emotions,’’ says Mark Sforzini, the company’s artistic and executive director.

The highlight of the 75-minute program is five short scenes from Puccini’s La Boheme, the story about struggling artists in Paris and the love between Rodolfo and Mimi – who succumbs to illness in the end.

“The death scene is very relevant because Mimi dies from tuberculosis,’’ Sforzini explains. “And for our performance, maybe she will die from COVID instead.’’

Another highlight is the choral ensemble that ends Act 1 of Mozart’s Don Giovanni, a full-throttled bit of theater intended to bring down the curtain with a bang. The seven singers, of course, will keep socially distanced onstage.

Sforzini will conduct this weekend’s performance in different locales around St. Petersburg – two outside – relishing the art to which he’s devoted his career. Some may remember him during his decade with The Florida Orchestra, where he served as principal bassoonist among the woodwind section.

A composer as well as performer, Sforzini received a commission to write an opera for a local couple soon to celebrate their 50th wedding anniversary. It didn’t happen.

“The couple divorced after 49 years,’’ he says, lamenting the fizzled opportunity.

He soon found his forte as an impresario and conductor, founding the St. Petersburg Opera in 2007 and serving as a champion of the arts and equality. Along with consistent praise for his efforts, Sforzini was recently chosen by Musical America as a “Profile in Courage,’’ one of 30 international industry professionals who have “taken a risk, spoken out where others were silent – all to the measurable benefit of their arts organizations and the field.’’

During a time when COVID has suppressed so much of the performing arts, Sforzini continues to raise the curtain, keeping his passion and an important public forum alive.

“I’ve always been attracted to the art of opera and it seemed like a natural progression from the orchestra,’’ he says. “With opera, it feels more collaborative, making sure everyone works together as smoothly as possible.’’

Tickets are available for on-demand filmed performances of La Bohéme, The Merry Widow and Samson Dalila here. Performances can be watched as many times as you like through December 31.