Dan Fox sold more than 20 million copies of his pop artist songbooks, and now the 1920s and 1930s dance band he founded in Tarpon Springs teams up with the Dunedin Music Society to continue connecting local communities with live music.

If you ever bought a keyboard or guitar songbook of John Denver, Kenny Rogers, Crosby Stills Nash and Young, Peter Paul and Mary, Led Zeppelin, Richard Stoltzman, Sir James Galway, tenor superstar Luciano Pavarotti, and dozens of other stars of rock, folk, and country, it was likely a book by Dan Fox. Or the Reader’s Digest Songbooks, instruction books for guitar, banjo and mandolin, or even The Rhythm Bible for jazz musicians – they were all by penned Dan Fox, undoubtedly
the king of making jazz and pop accessible to millions of budding performers.

After retiring to Tarpon Springs, Fox missed recording with many jazz greats in the 50s and 60s, and brought together twelve of the most accomplished performers he could find in the area. He called them the Tarpon Springs Rhythm Kings, and they performed all over Tampa Bay bringing to life the dance music of the 20s and 30s. But just a few years later, bad health forced Fox to withdraw from performing altogether, and eventually from life itself.

But Fox’s rhythm certainly beats on, and one of the original trumpeters of the Rhythm Kings, Doug Ritchie, is eager to keep the ensemble active. Alongside saxophone player Greg Howard, the Rhythm Kings approached me as the General Director of the Dunedin Music Society, to see if we could help each other, and instantly a strong rapport was evident.

It was refreshing to hear and see the excitement they brought to the table at the thought of continuing what Dan Fox had started. I immediately thought of ways we could work together to keep bringing this contagious music to life, making our corner of the world a much better place to live.

A deal and a slight name change were made, and now performances are being prepared all throughout Pinellas, Pasco and even Hillsborough Counties for 2019. “Dan Fox’s family want to see his legacy continue, as well,” said Greg Howard, now the Program Manager of the Rhythm Kings Jazz Orchestra. “We look forward to serving the area’s theaters, residential facilities, wedding industry, and corporate events, much like we have over the past few years.”

We even invested in some professional artwork to develop a new logo with the new name that would be the perfect accompaniment fo the toe-tapping, leg-swinging dance music the group will play on Friday, April 5 at Holy Trinity Episcopal Church in Clearwater, at 8pm. There is a discount for tickets purchased in advance, too. 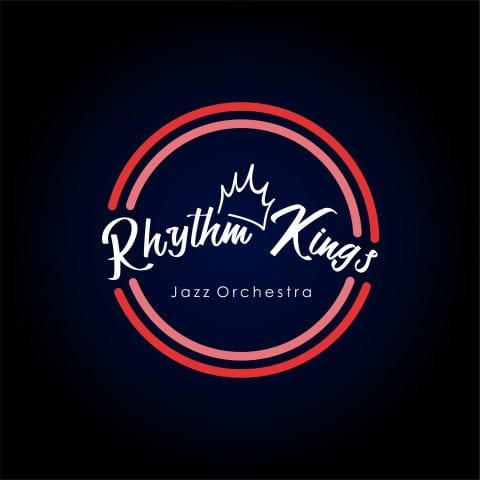 The Rhythm Kings Jazz Orchestra (formerly known as the Tarpon Springs Rhythm Kings) is a program of the Dunedin Music Society, and brings to life dance music of the 1920s and 1930s at theaters, community centers, churches, residential facilities, and for the wedding industry and corporate events. Visit RhythmKingsJazzOrchestra.com for upcoming events and to inquire about the RKJO entertaining your circles of influence.