Skip to content
The 37th annual fest stayed true to its roots in the afternoon.

When I grew up, the Clearwater Jazz Holiday was true to its name — a free event almost completely dominated by jazz acts. The variety was staggering, from fusion to freeform to bebop to mellow styles we’d classify now as “easy listening.” Woody Herman headlined the first year in 1980, followed by Buddy Rich, Dizzy Gillespie and Herbie Mann. They were my first awakenings to the wonders of jazz greats onstage (along with sneaking into the Jazz Cellar in Ybor and catching Buster Cooper play the Garden in St. Pete on weekend evenings).

Civic leaders Don Mains and Cary Stiff came up with the idea for the annual Clearwater Jazz Holiday in 1980 to bring people downtown. According to a story in the thenæSt. Petersburg Times, Mains was tourism coordinator for Clearwater’s Chamber of Commerce, and Stiff, a real estate broker and president of a Downtown Merchants Association. They chose the word “holiday” to attract European tourists.

Much has changed since then. At this year’s fest, we felt the effects of global warming, the looming threat of terrorism and the palpable desperation to draw both revenue and bigger crowds to downtown Clearwater. With an armed guard at the entry point, ticketed admission and no re-entry, the CJH organizers have revamped the way we lifelong Clearwater residents experience the event. Mother Nature did her part too. The typical crisp temperatures and dry, clear weather with eye-popping color of previous years was replaced by sweaty humidity, gray clouds and 87-and-more-degree highs in the afternoon (they just missed our first noticeable cold front by a few days).

That’s not to say the fest wasn’t a success. The eclectic lineup of headliners included updated versions of Motown greats the Four Tops and the Temptations, neo-swingsters Big Bad Voodoo Daddy, Americana favorites the Avett Brothers, soft-rock icons Michael McDonald and Kenny Loggins, who didn’t even plan a duet together even though they shared the same stage on the same evening (sorry, Mr. McDonald, you should have planned your flight later).æThe roster reflected our Internet-influenced,æfragmented listening habits of today.

Many have been lamenting the lack of jazz among the evening headliners, but those who visited during the daylight got an earful of jazzy sounds. If you took a moment and chatted with the volunteers at the CJH Jazz Outreach table, you were inspired by the promise of local kids made good — potential jazz greats of tomorrow.

Some of the best local jazz acts anchoring the daytime performances. The air was filled with magic of improvisation and the textures of brilliant ensembles — so much so we stopped wondering if the event still has jazz at its heart.

All photos by Daniel Veintimilla unless otherwise noted. 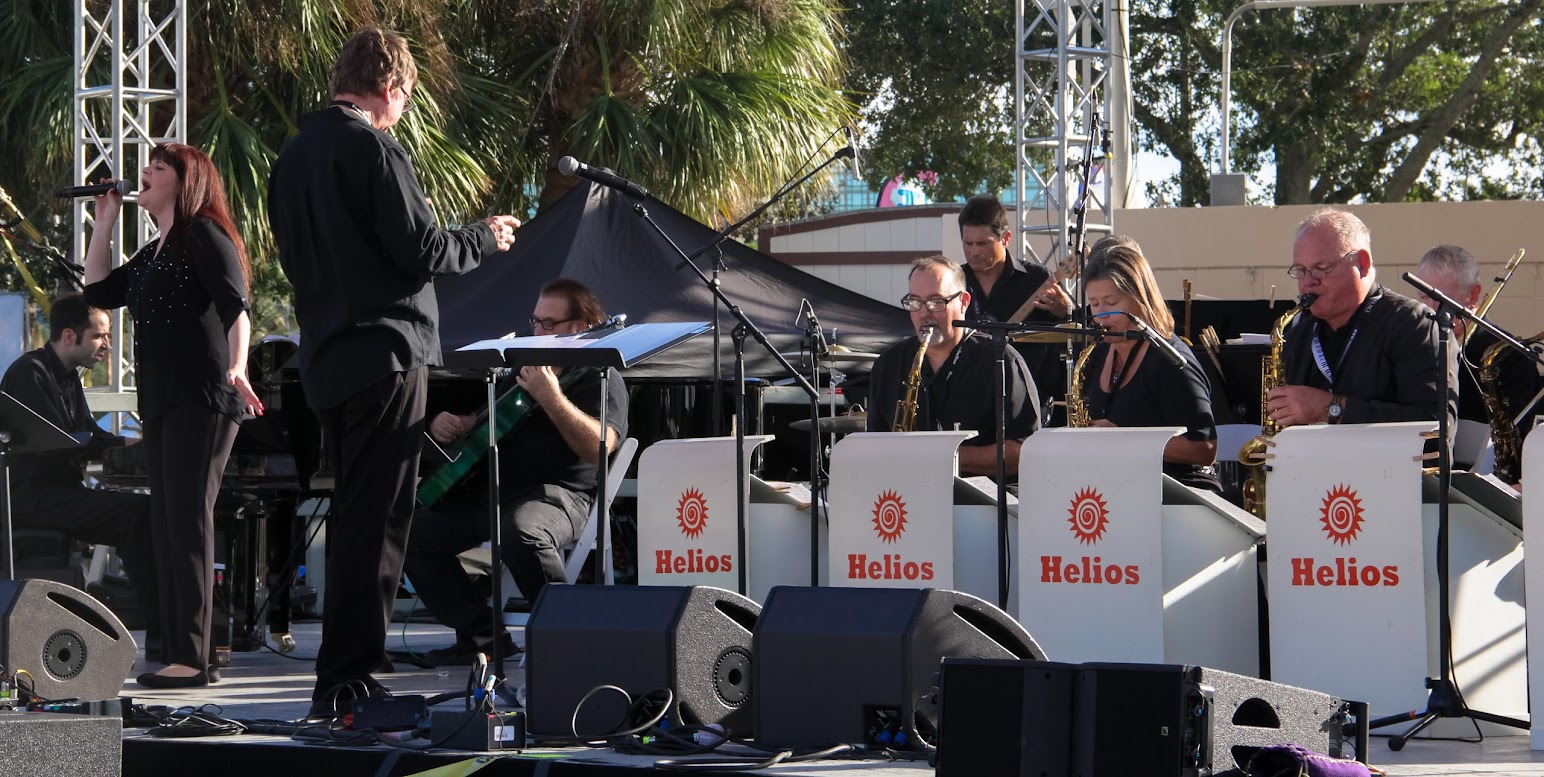 Highlights included Coltrane’s “Moment’s Notice,” “Too Close for Comfort” and the romantic “I’ll Be Seeing You.” Look for an interview with Manson by the lovely Dalia Colon on WEDU’s Arts Plus in the coming weeks.

Perlow got the crowd singing, pictured here with Manson conducting.

The clouds floated by frequently during the breezy afternoon filled with the plentiful sounds of The Helios Jazz Orchestra.

Speaking of jazz godfathers, Tampa Jazz Clubæpresident and former WUSF-FM “All Night Jazz” DJ Bob Seymour and wife Marian shared that they enjoyed Manson’s ensemble and looked forward to the Jon Cleary Band, who played next. The band’s drummer, A.J. Hall, won a scholarship from the Jazz Club in 2008 when he was a senior at Durant High School. Seymour also mentioned that the Tampa Jazz Club will be presenting Nate Najar & John Lamb at on Sunday, Nov.æ 5,æ at 3 p.m. in the Mainstage Theatre of HCC Ybor. (Photo by Julie Garisto) 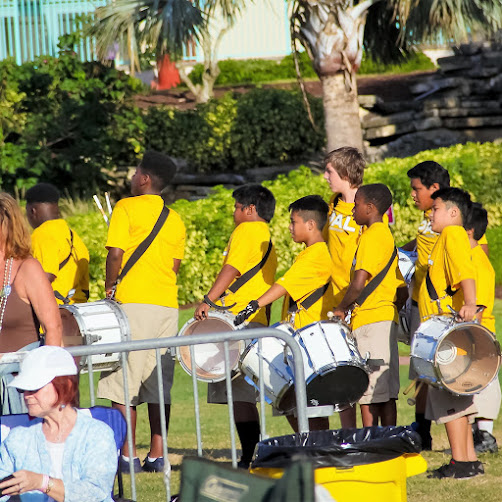 The big beats of the Pinellas-Sheriff PAL drumline make every event fun. The ensemble of local 6-to-17-year-olds strutted the green at Coachman Park after the Helios Jazz Orchestra. If you missed them, they will be performing again at the Friendship Church in St. Petersburg for the Trunk-A-Treat and then at 2017 Community Family Fun Night in Pinellas Park this Saturday. Check their Facebook page for details. 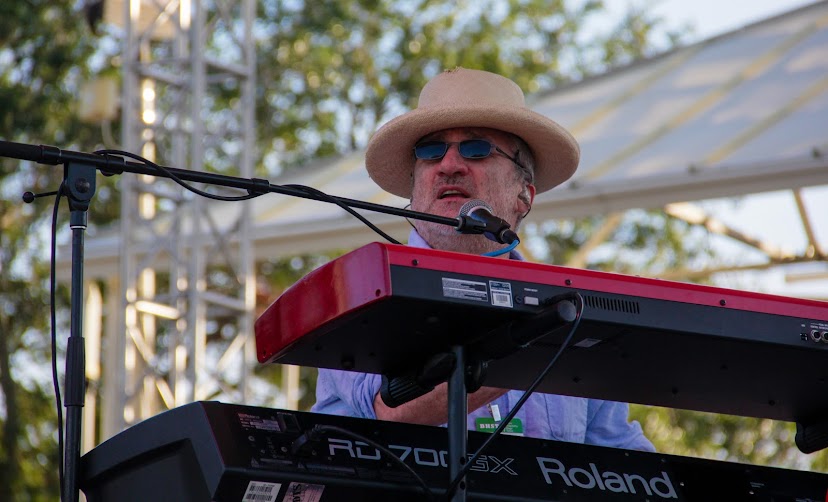 Jon Cleary shredded, howled, stomped and sung his lungs out for an all-around powerhouse set Friday (and came back in the evening for the CJH after party at Capitol Theatre). The former backup player for Bonnie Raitt heated up Coachman Park with his N’awlins funky brew and amazing backing band. Highlights included “Junker Blues” — “a cover of Smiley Lewis covering Jack Dupree’s version” and “Beg, Steal or Borrow” from his 2015 albumæGo-Go Juice.æ Coming across Cleary the first time, you’d never guess he’s a native of Kent, England.æ The musician moved to Louisiana at age 17. 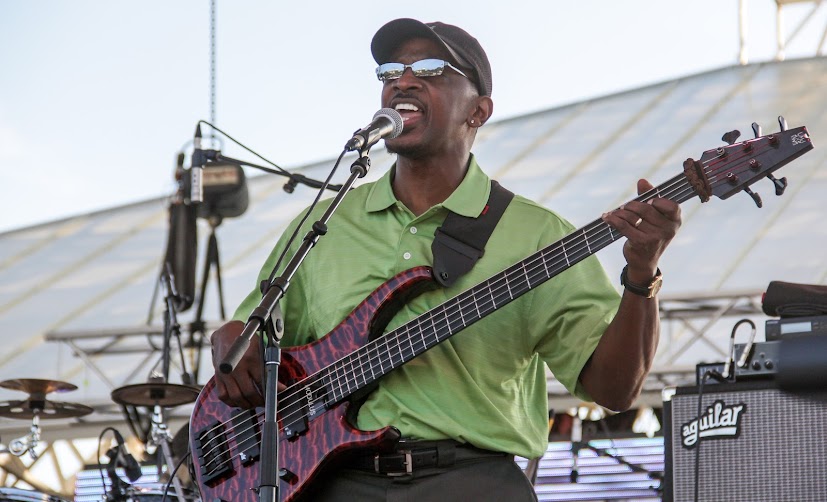 Cornell C. Williamsæslapped on a thick bassline for Jon Cleary. 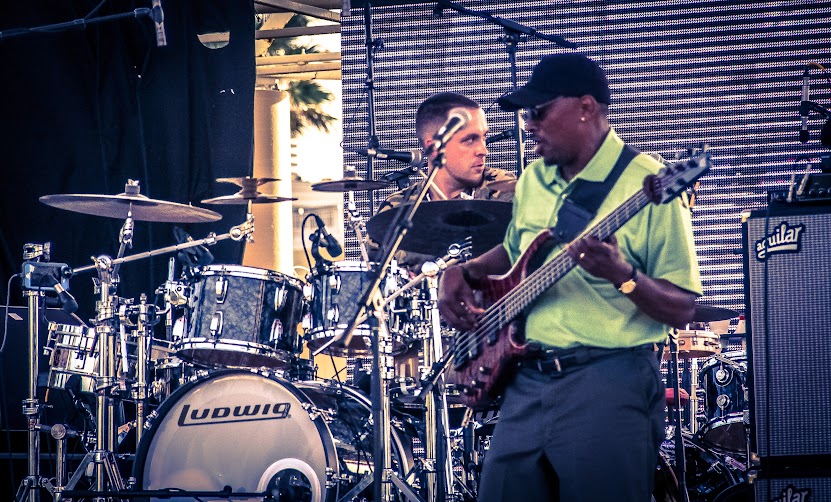 Local made good, drummer A.J. Hall pounded out a breathtaking finale to Jon Cleary’s set. Overheard: “The Tampa kid drummed the hell out of the show.” 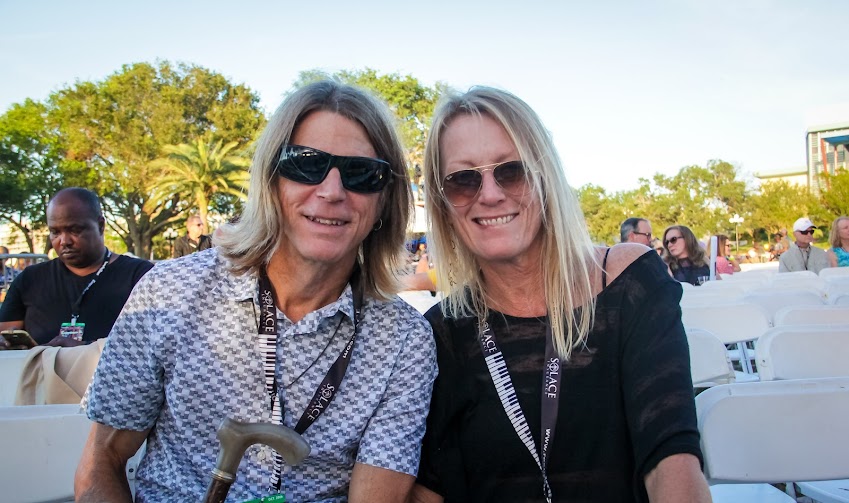 It was a pleasure to catch up with Flash Gordon and wife Jo HammondæFriday. The Clearwater musicians/vocalists shared the news that they’ve teamed up with musicians/studio whizzes Steve Connelly and Ed Woltil at Zen Recording Studio for their just-released CD,ææWhat’s Not to Like About That? Performing under the moniker Swim in Salt, the album showcases Hammond’s sultry and sweet vocals — reminiscent of Chrissie Hynde — and a sunny, easygoing amalgam of horns, glockenspiel, pedal steel and mandolins. 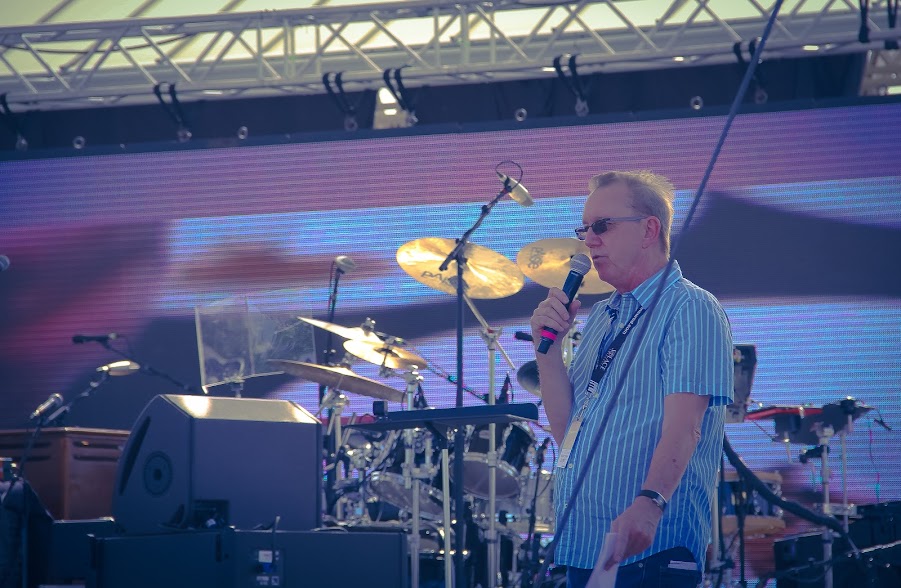 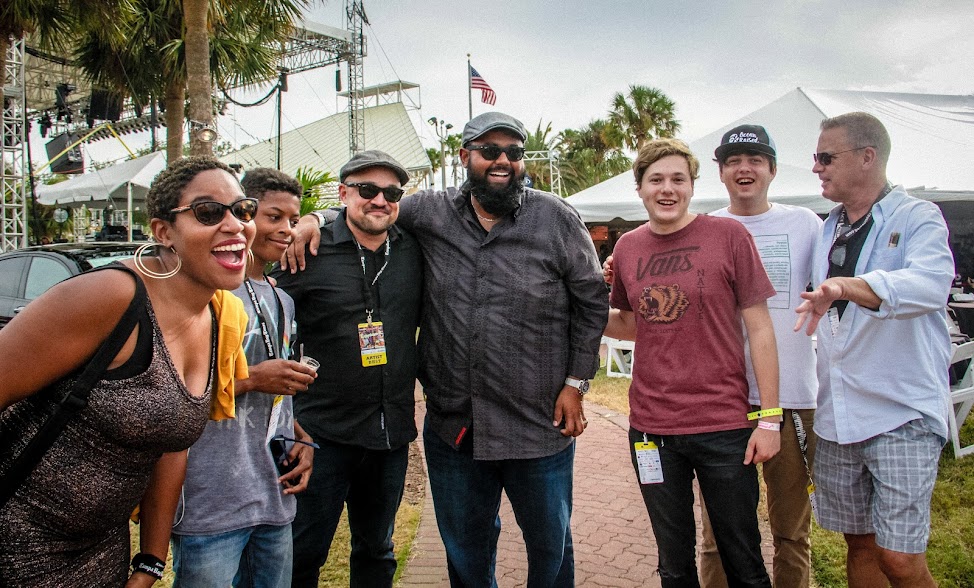 Guianna, far left, performed with Peter Mongaya and musicians from Players School of Music first thing Saturday. After their well-received gig they stopped for a photo withæJeremiah Khokhar, the Ries Brothers and saxophonist Ric Cunningham. Guianna and Mongaya will be performing with as their act Spy on the Land at the Hideaway in downtown St. Pete on Saturday, Oct. 28 (8 p.m., cover is $10). 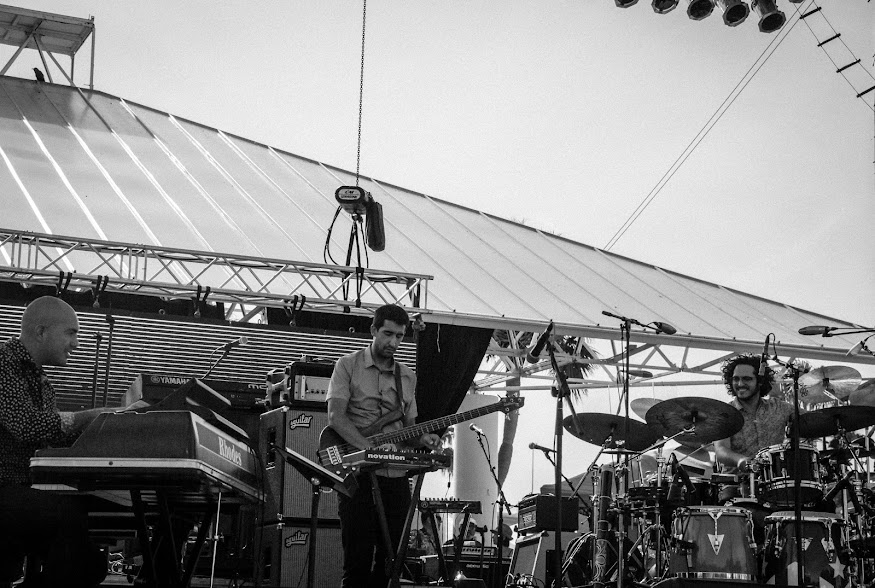 St. Petersburg-based jazz favorite La Lucha has played the fest backing other artists in the past but headlined Saturday afternoon large and in charge. They opened the set on their own and brought out impressive guest playersæJeff Rupertæon sax,æMarty Morellæon vibraphone andæMichiko æon congas (all pictured below).æ The ensemble performed a tight, wonderfully varied set with their uniquely retooled standards and originals by each of the musicians onstage, including the gorgeous “Esparanza” by keyboardist John O’Leary, the hypnotic “Del Fuego” by bassist Alejandro Arenas and finished with the marvelously syncopated “Palante” by drummer Mark Feinman, among other notable selections. 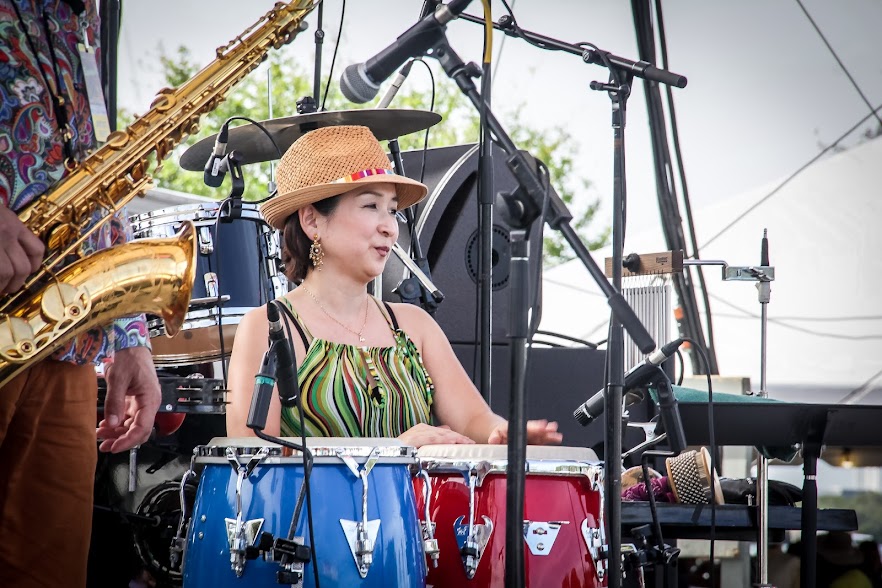 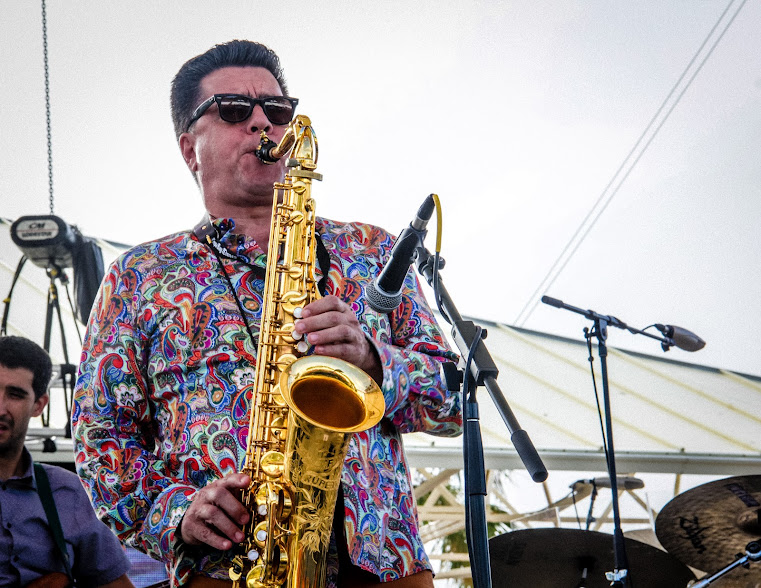 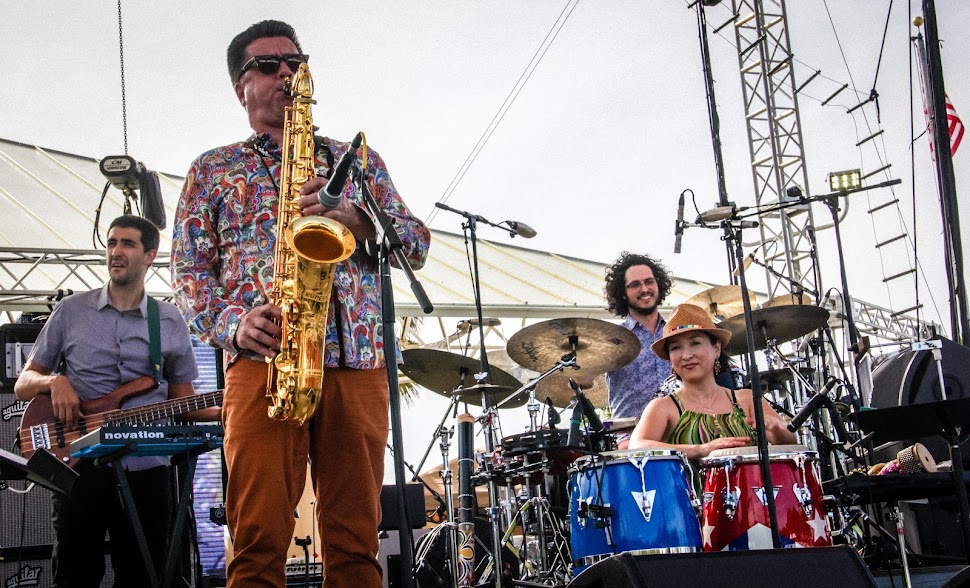 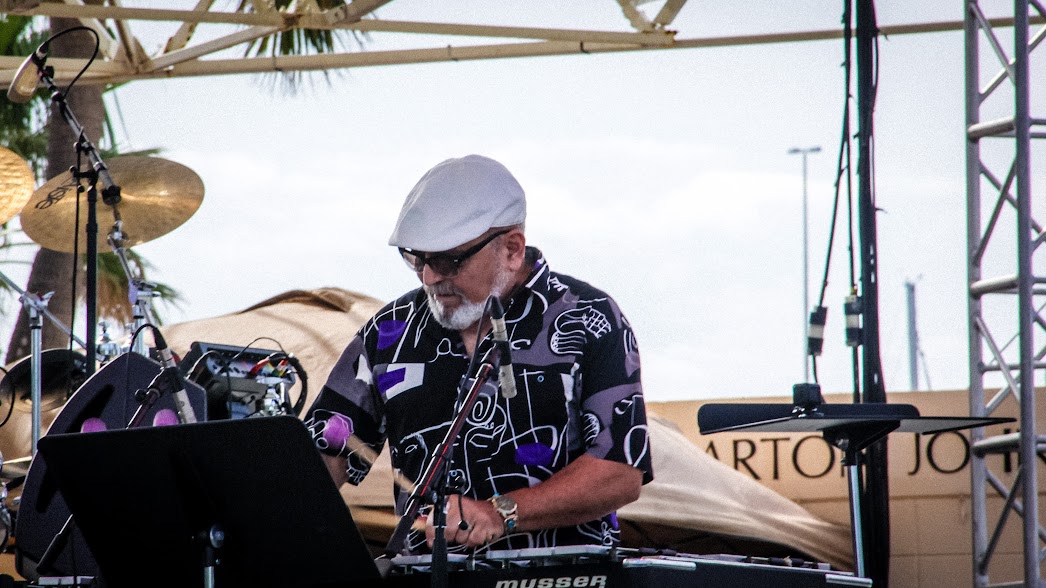 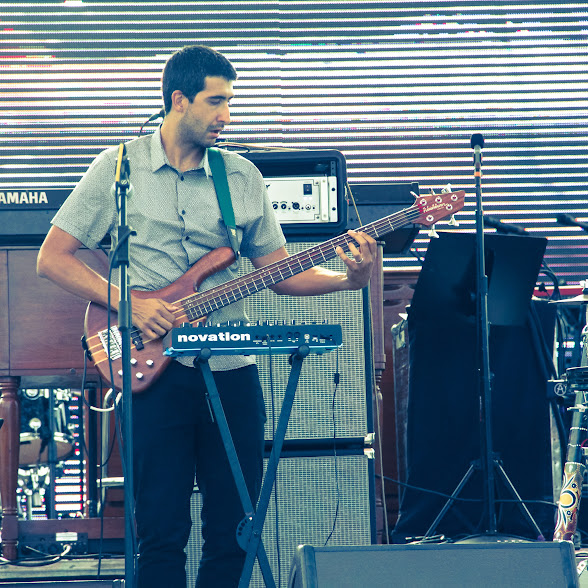 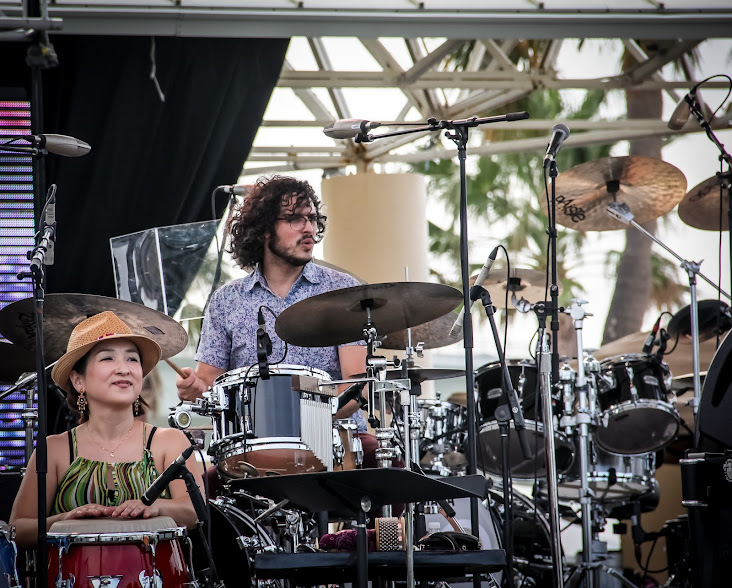 Following La Lucha was the propulsive and soulful Alex Harris & Bandæ(pictured below). The act featured outstanding covers such as Sam Cooke’s “Bring it on Home” and a heart-stopping rendition of Otis Redding’s “Try a Little Tenderness.” Splitting his time betweenæ Atlanta, Tampa and New York, Harris performs like a stylistic chameleon, going from one genre to another while displaying fantastic chemistry with his touring ensemble. 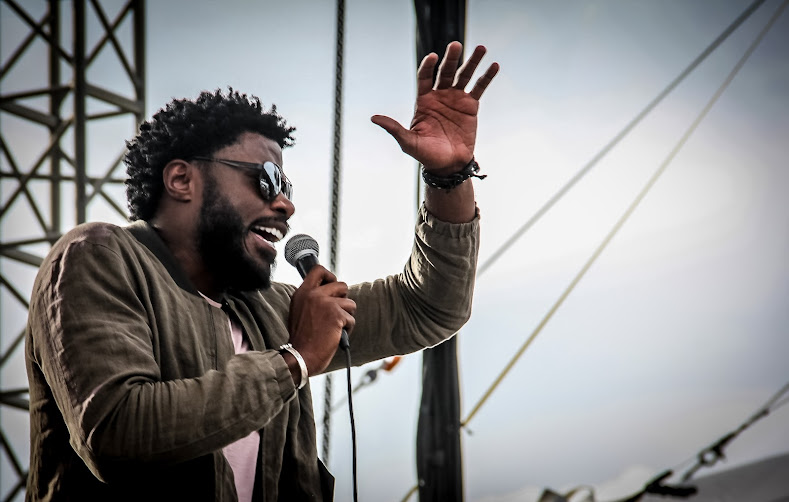 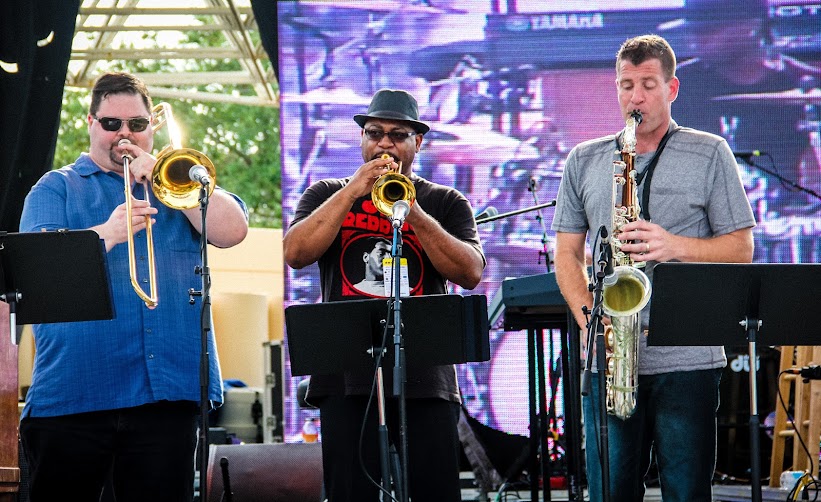 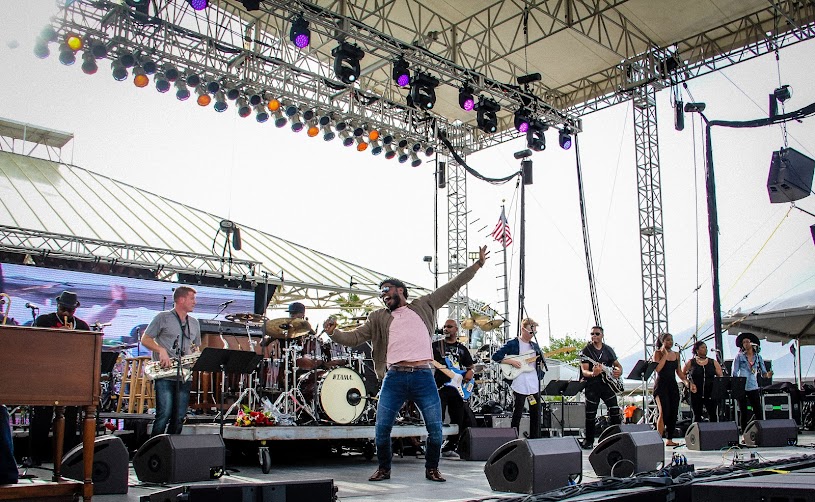 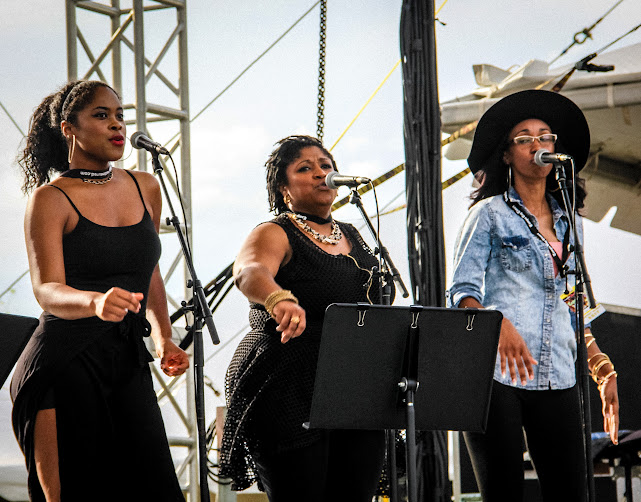 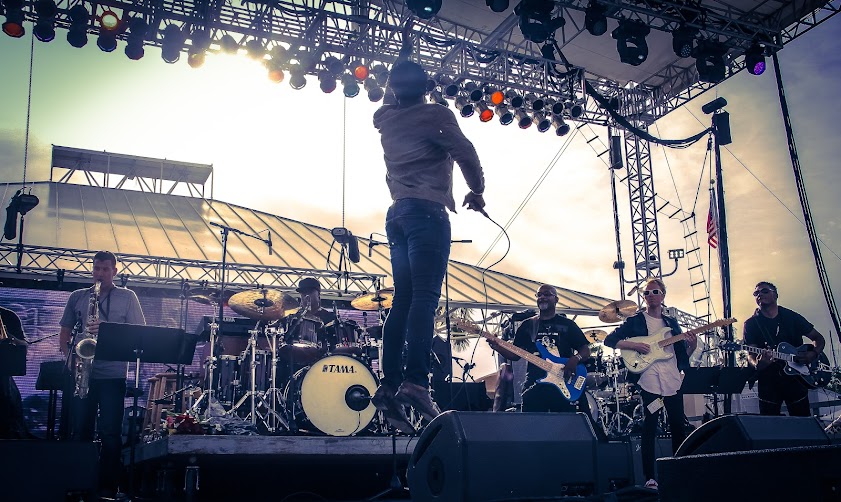