…but at least you’ll get off the ground,” Zora Neale Hurston wrote in her 1941 autobiography, Dust Tracks On A Road. 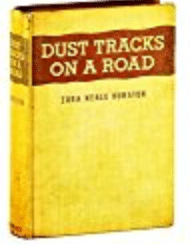 No one knew more about jumping at the sun than Zora. Her life had been a roller-coaster of ups and downs.

She was the first African-American woman to graduate from Barnard College. She was a known folklorist by the time she wrote the book.

She helped Alan Lomax do fieldwork among black folks in the South. She was given crews to document religious culture in Beaufort, South Carolina,  through financing by Margaret Mead. She had won literary and race awards for her writing. 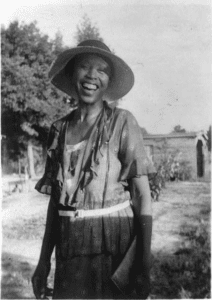 But it was never easy and even up until a very short time before her death, she struggled even after having a stroke to get her final novel published. Sadly, it never happened as it was not the caliber of her previous strong work.

My film Zora Neale Hurston: Jump at the Sun took me eighteen years to produce.  By the end of that time, I had raised more than $1 million in grant and co-producing funds from NEA, NEH, Corporation for Public Broadcasting (CPB), WNET-NY/PBS, Ford Foundation, National Black Programming Consortium (NBPC), the Florida Division of Cultural Affairs (FDCA), and Humanities Councils in AL, SC, NC, TN, NY, MD, LA, and Washington, DC.

I was in the hole about $80,000, an amount that was compensated to me within two years through DVD sales and fees for appearances. Today, I continue to sell the film through online and DVD sales, earning $4000/year if I’m fortunate. 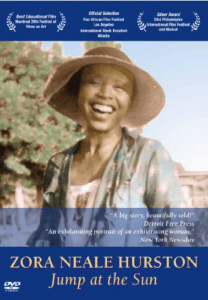 I started fundraising through a state grant from the FDCA. Then I went to humanities councils in every state Zora lived. So few knew she had even been there. Next I got an NEH Development Grant. I recall the next grants were from NEA, CPB, and NBPC. Finishing funds came from NEA, NEH, WNET and Ford Foundation. Ford Foundation would not release funds until there was a fine cut.

I must have applied to NEH at least four times before it funded me, and that happened only after I had the local state grants. I know I applied to NEA at least twice.

Once those funds were in line then the rest came quickly – except for WNET-NY. If you have to wait to be included in a PBS station’s yearly schedule, you can be cast aside repeatedly – over multiple years.

And my last piece of advice – of course – Jump at the Sun.