What was it Shakespeare is credited as writing?

“If music be the food of love, play on.”

Well, most musicians – amateur and professional – kind of think the two go together.

Again, I forgot to take a picture during rehearsal of the Dunedin Concert Band’s upcoming performance “United We Stand” on June 16. Details here. It’s because I get so distracted!

I am so FOCUSED!

That I forget the online niceties that give us impersonal content to share. I’d much rather you attend my concerts than watch them online, and it’s the same with just about everything… let’s meet up.

That said, I did manage to snap a photo AFTER our rehearsal.

Yes, this is normal for a Tuesday night at 9:30pm.

Anywhere in the world.

OK, to be honest, in the UK we usually just go for drinks and have less of a food jamboree, but the post-music-making social time together is the same. 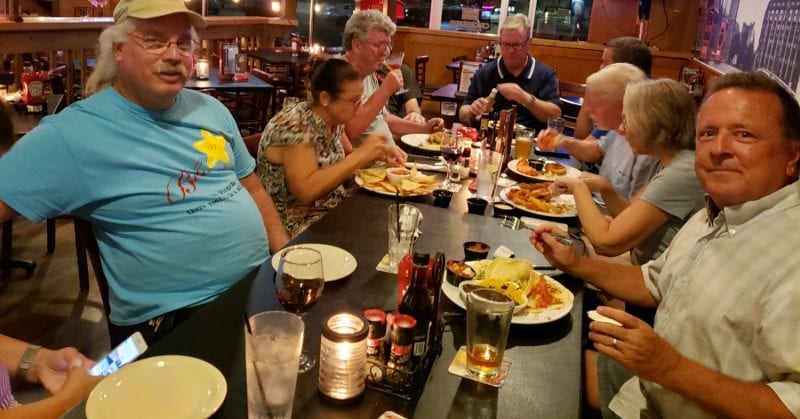