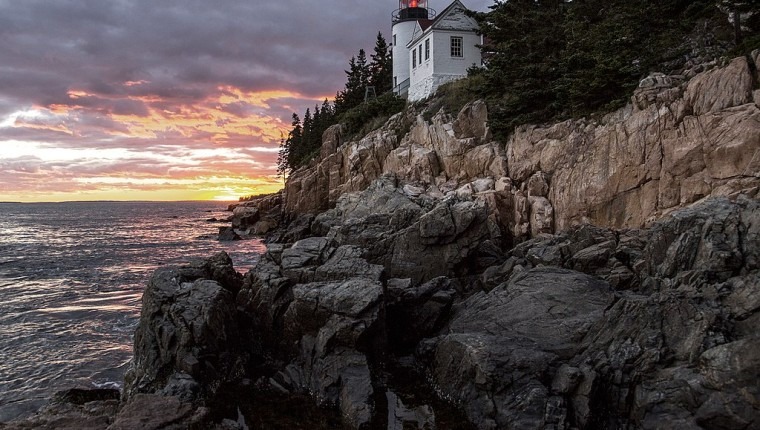 I’m a cold weather writer. I write better when it’s cold out. It’s counterintuitive, I know, for me to live in Florida, but there is also something so magical about this state when winter comes. I love when the temperature drops into the fifties and the air thins out. It feels like all my thoughts get clearer and its easier to write.

The new novel I just started writing is tentatively called Night Hunger and it takes place in a cold weather state – Maine. I based the main town off Mount Desert Island, which is where Acadia National Park is. As a native Vermonter, I’ve been to Maine numerous times. It only takes about three hours to get there from my hometown, cutting straight east on Route 302. My first visit there was in 2009, the summer between my freshman and sophomore years of college.

The most recent time I visited Maine was just a few months ago, right before the third COVID spike. My friend Madison and I stayed at a large wood cabin on a blueberry farm, miles from a town. I walked around the blueberry patch in the early morning, watching the fog settle in the valley. In the afternoon, we took a hike and ate outside on the water. At night, we drew tarot cards, drank champagne, and listened to the house creak. It was cold then, getting down to the forties at night, and we closed up the windows to keep the frost out.

The first night we stayed in the cabin, we both had strange visions. Madison woke on the second floor where she slept on one of two twin beds to find a little girl sleeping on the empty twin across from her. I woke up around the same time on the first floor to find a dark shadow hovering over me. Both of us are accustomed to strange phenomena, but we decided to cleanse the house that next day… just to be safe.

The winter season to me has always felt haunted. I don’t know why. Maybe its because I grew up surrounded by snow. Maybe it’s the way the sun barely stays up for eight hours a day in the middle of the Vermont winter. Part of me wanted to return to my roots in this way after writing several novels set further south. While the summers in the southern states are lush and beautiful, there is something undeniable about a quiet winter night in New England. In the darkness, there are more creepy creatures to think of, more scary stories to tell.

Night Hunger is one of those stories. While my writing tends to blur genres, this book is much more Stephen King than I’ve done in the past. I’m excited to try something a little different and to get to explore the tiny towns and jagged cliffs that coastal Maine has to offer.