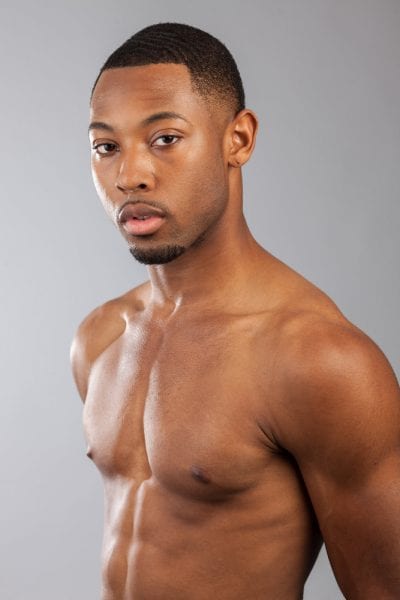 Marquis Floyd is an amazing artist from Clearwater, Florida. He is a recent graduate of the Boston Conservatory. Marquis is also a Pinellas County Center for the Arts graduate of the class of 2013. Marquis has been a scholarship student at numerous prestigious schools for dance such as Boston Ballet, Alonzo King’s LINES Ballet, Alvin Ailey American Dance Theater, Next Generation Ballet, Hubbard Street Dance Chicago, Ellison Ballet, and Juilliard. He has also worked with renowned choreographers such as Darrell Moultrie, Daniel Pelziq, Gregory Dawson, Keelan Whitmore, Maurya Kerr, Brian Brooks, Alonzo King, Adam Hougland, Dwight Rhoden,Sidra Bell, and Ron K. Brown. He placed 1st in Walker’s Rising Stars Scholarship Competition of 2013, received Runner-up twice in the Tasco Performing Arts Mayor Competition, received top 10 in Youth American Grand Prix for Contemporary dance from 2010 until 2013, and was asked to perform in the first two annual YAGP Gala: Stars of Tomorrow meet Stars of Today. In 2014, he placed 1st in the Senior Contemporary category at the YAGP Regional
Competition in San Francisco, CA. From there, Marquis was also acknowledged as the sole winner of the Gene Kelly Legacy Scholarship
sponsored by the Dizzy Feet Foundation. He is a company member of the professional west african dance company, Dundu Dole Urban African Ballet
under the direction of Jai Hinson. In addition, he is the Artistic Director of Kali Kali Dance Company under the direction of Gwenetta Martin. He has also
been a company member with the Dance Theater of Harlem and is currently a company member of Bad Boys of Ballet under SweetBird Productions. Lastly,
Marquis was chosen as this years Emerging Artist Grant Recipient awarded by the Creative Pinellas.

Preparing for Emerging Artist Showcase/ Transitioning Back to NYC

Preparing for Emerging Artist Showcase/ Transitioning Back to NYC

The idea of my grant project has changed over and over again. My ideas and wants were constantly evolving and my dancers have been right there with me exploring in the space until we all get it right. The whole idea of this project was to create work that brought uniquely different artist together to sing as one. I am more than excited to showcase these choreographic pieces. This emerging artist showcase gave me an opportunity to explore the idea of having my own small company and the extra that comes with being able to work with so many artist who all have their own schedule. The more I develop the clearer the overall theme of the performance changes.

I look forward to explaining my ideas in depth on the 20th and actually bringing it all to life on the 27th.

I am also in the process of transiting back to NYC. My time here in Florida is starting to come to close for now and I will also have to restart my base in NYC as well. I plan to be a NYC and FL based artist until I decide to jump coast again. The goal is to tie up all loose ends before I fly back to NYC. I plan to audition for many more shows to decide what’s next for my future. The time that I instilled into so many peoples lives during this grant project is the same amount of love I plan to give back to myself. I am excited for this new step in my life but even more excited to present my work in the upcoming art gallery performance.

In the midst of preparing for the emerging artist showcase I had to travel back to Maryland to prepare for the Bad Boys of Ballet 2018/2019 season opener. Each year the company host a concert series that allows dance studios around the community to come together and present their work. We spent the week working together to prepare a new work for this concert. We worked Monday- Friday from 9am until about 4pm and we performed that weekend. It was nice to be back in the swing of things with the company. My body has been killing me as I have mostly been instructing and not taking class as often as I usually do. I love taking ballet class so it was refreshing to spend a week solely focusing on myself.

I am the newest member of the company so majority of the events we do are fresh and exciting. This was my first time being apart of the creative process with my boss. As a choreographer myself it’s always interesting to see what processes other choreographers use to develop material. Within the first three days the entire piece was set and the coaching process begin. This was an eye opening experience for me as my boss was having a bit of a mental block and it was our jobs as her dancers to help her fulfill her wants. Over time we made it to the finish line and the piece were to her likings but it wasn’t easy at all.

Being in a company of all men is pretty cool. We have developed a brotherly bond that will never break despite where we venture off too in life. Bad Boys is a contract to contract company so not every0ne will always return for each tour. The next Bad Boys tour is Germany and Switzerland. It’s such a blessing to be able to travel internationally and be paid to do what you love.

Both performance this passing weekend were amazing! I had amazing time meeting some of my friends family, entertaining an audience full of supporters, and seeing my loved ones in the audience as well. A great friend of mine (who I met at LINES SDI 2010) Alliyah Caldwell came out to see me perform and it truly highlighted my entire experience. After performing this weekend I realize I really want to be on the stage as much as possible. I love teaching but my true passion is in performing. The art of performing is a skill I natural possess and it’s something that I want to share a lot more on a ton of stages. 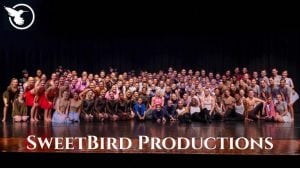 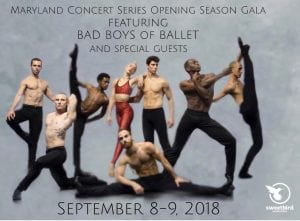 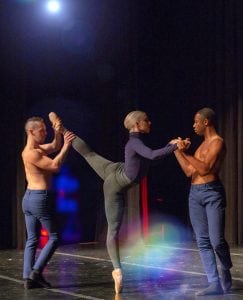 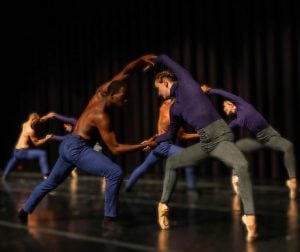 After the Sweet Bird Summer Intensive I returned back to NYC for an ECC call for the national tour of Cats The Musical. This audition went from one week to three weeks. This by far was one of the most exciting yet nerve wrecking experiences I’ve ever had. It went from dancing for a spot as a possible ensemble member to actually being considered for a principle role. We went round after round call back after callback for weeks until they had seen enough. I had the opportunity of meeting the entire creative staff and producers. We were sent new songs every other day and had to be prepared the next morning for the next audition.

The biggest lesson I learned from this process is that you have to show up every time you enter the room. No matter what it takes you must prepare for the task at hand. I had to force myself to stay up and learn those new songs if I really wanted to make it through the next round. I pushed myself past my breaking point and it all paid off. I am beyond proud of myself for making it all the way through this process. If I get the job I’ll be more than excited. But overall I am already proud of myself for even going for a job of this status.

Now I am currently waiting patiently to see if I actually got the job or not. I’m hoping to find out within the next two weeks. The waiting process is nerve wrecking and exciting all at the same time.