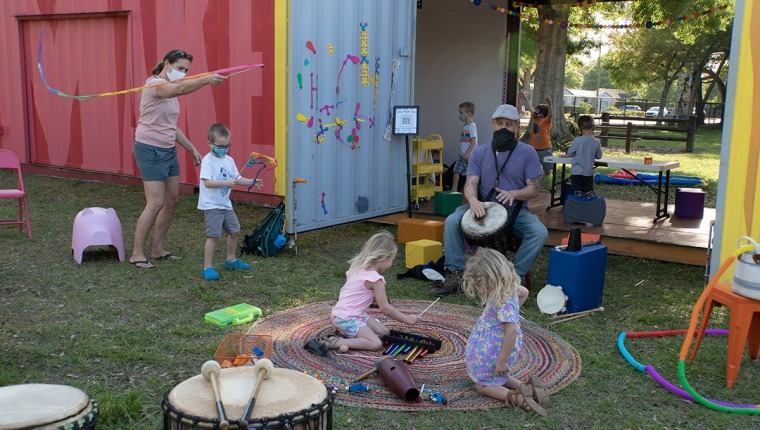 If you’ve frequented Pinellas County parks during the pandemic, you may have noticed a couple of colorful shipping containers with the words Make, Play, Read and Grow painted on their sides. Together, they are SPACEcraft — Mitzi Gordon, Carrie Boucher and Bridget Elmer’s latest traveling art project. 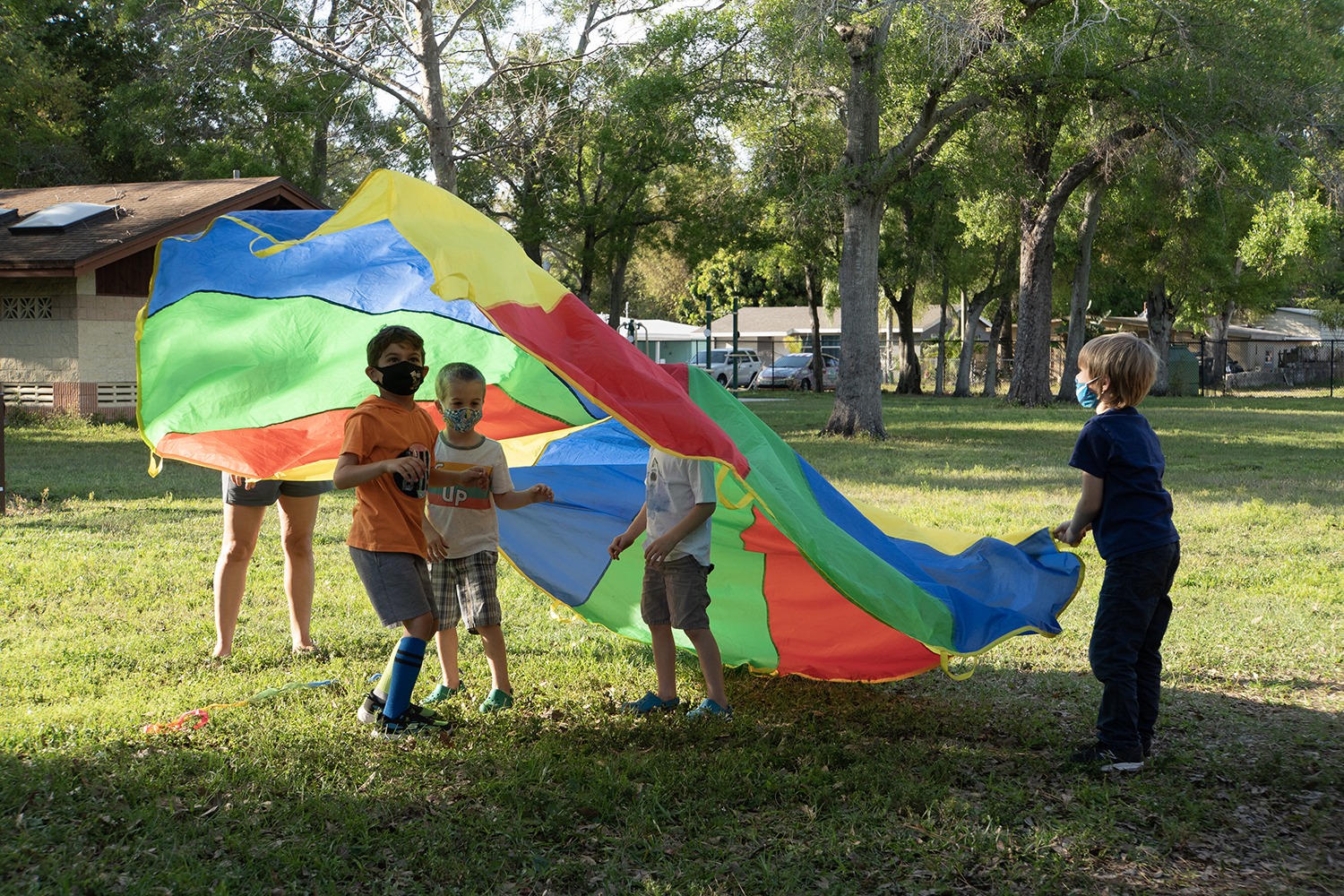 I met with Gordon and Boucher in Clearwater’s Eagle Lake Park on a rainy Saturday afternoon to discuss how SPACEcraft came to Pinellas County and how the pandemic changed things. 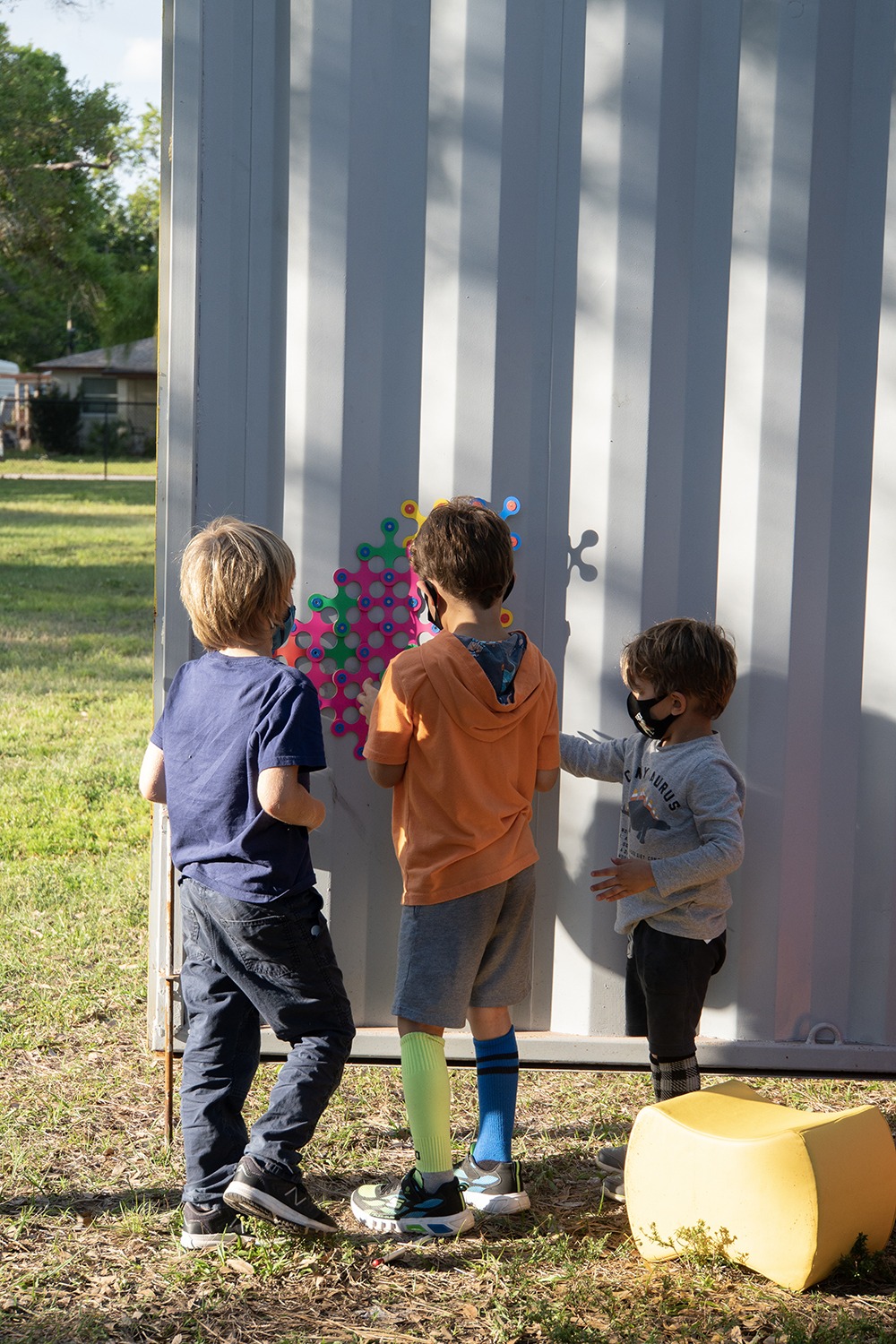 Creating a Space for Creative Exploration

Pre-COVID, Team SPACEcraft considered how they could use colors, shapes and other visual cues to bring people together under the umbrella of creativity.

“I’ve been really studying human creativity for a while,” says Boucher, “and it felt to me like, with these four things [Make, Play, Read and Grow], we could hit most of what that is.” 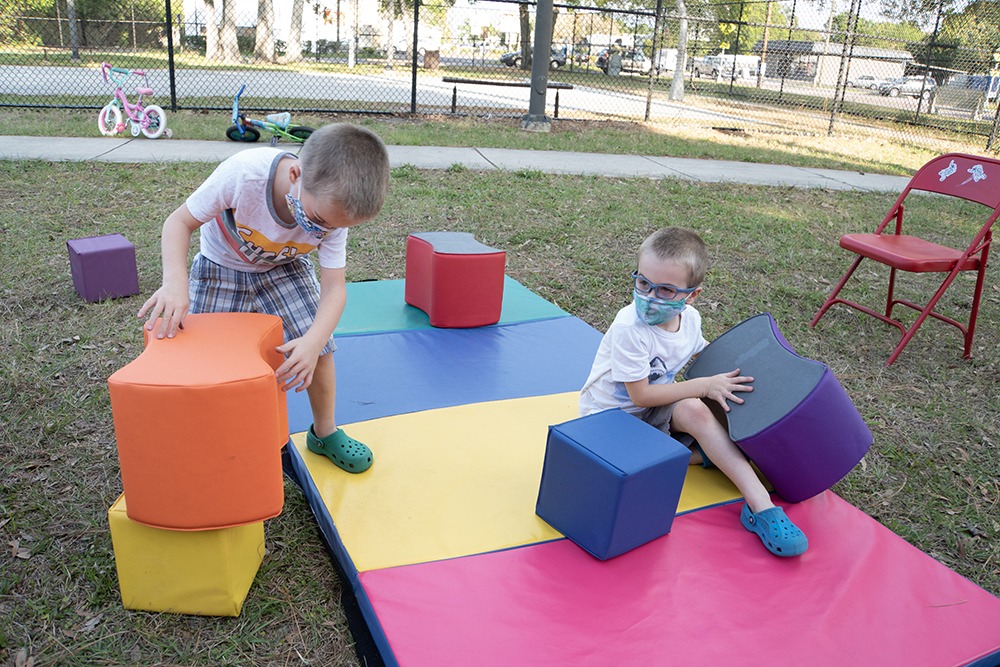 Each word was as carefully selected as the activities it represents.

If they’d used the word ‘write’ instead of ‘read,’ well, there aren’t a lot of people walking in the park on a beautiful day who would see that and think, “It’s such a beautiful day, but I should really be writing.” But it’s quite common for folks to bring a fun novel to the beach on a beautiful day and read, hence the ‘beach read’ genre.

“We had an artist [Noelle Stillman] create a mural in the Grow space,” says Gordon. “She’s making a zine with seed paper that’s going to be essentially a part of both spaces because you can plant with seed paper and the book is a handmade piece that she contributes.”

“She also facilitated printmaking with native plants in the Make space,” Boucher continues.

Team SPACEcraft chose the word ‘make’ instead of ‘art’ so they wouldn’t scare away non-artists.

What Make is to art, Play is to music. Not everyone plays a musical instrument. However, everybody plays in one way or the other. 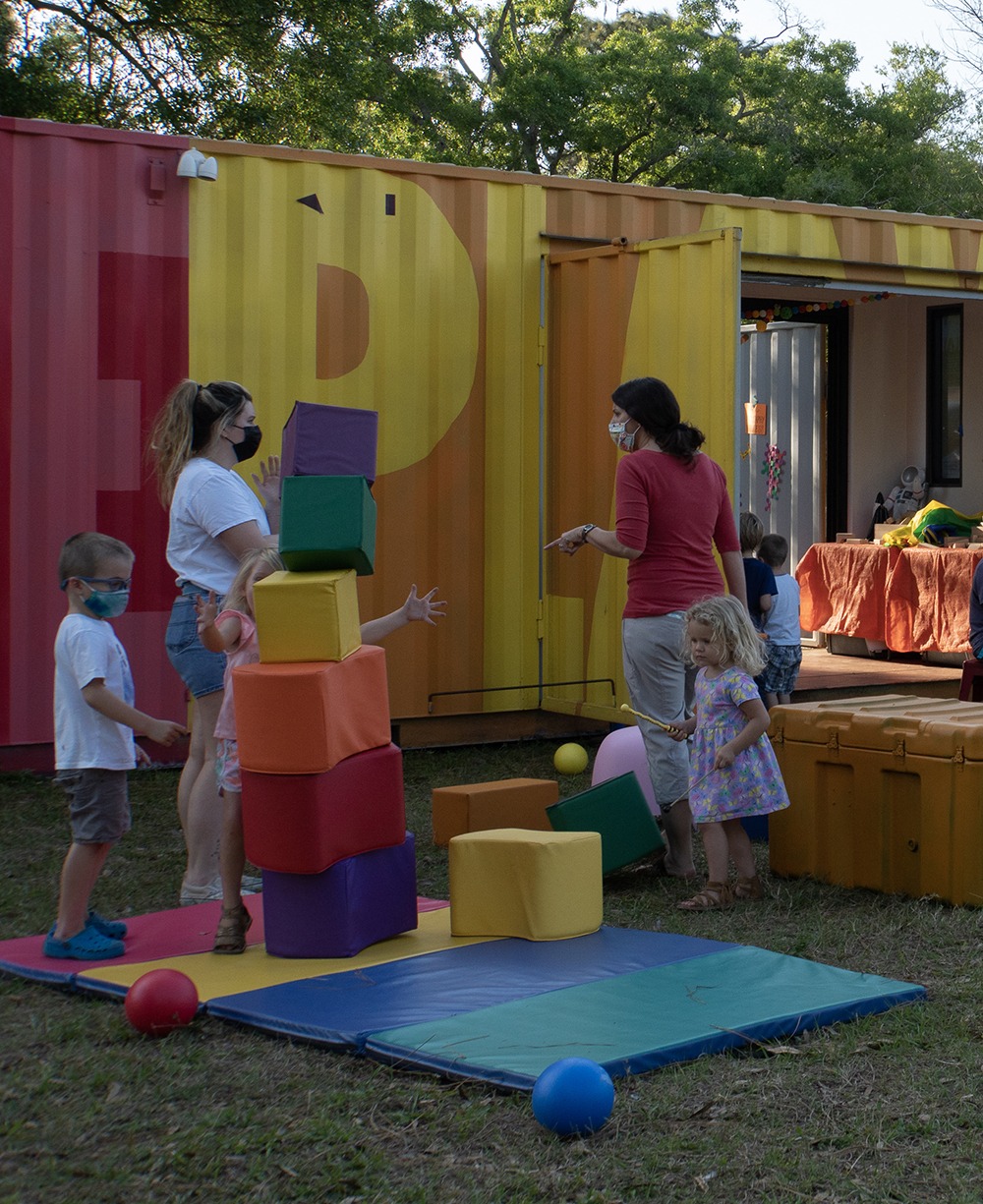 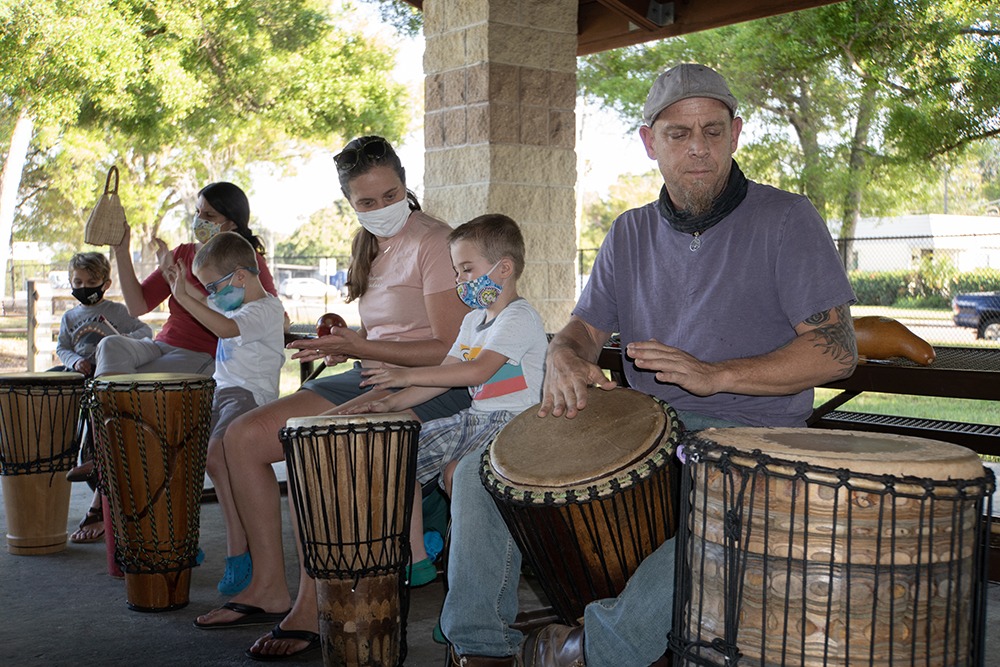 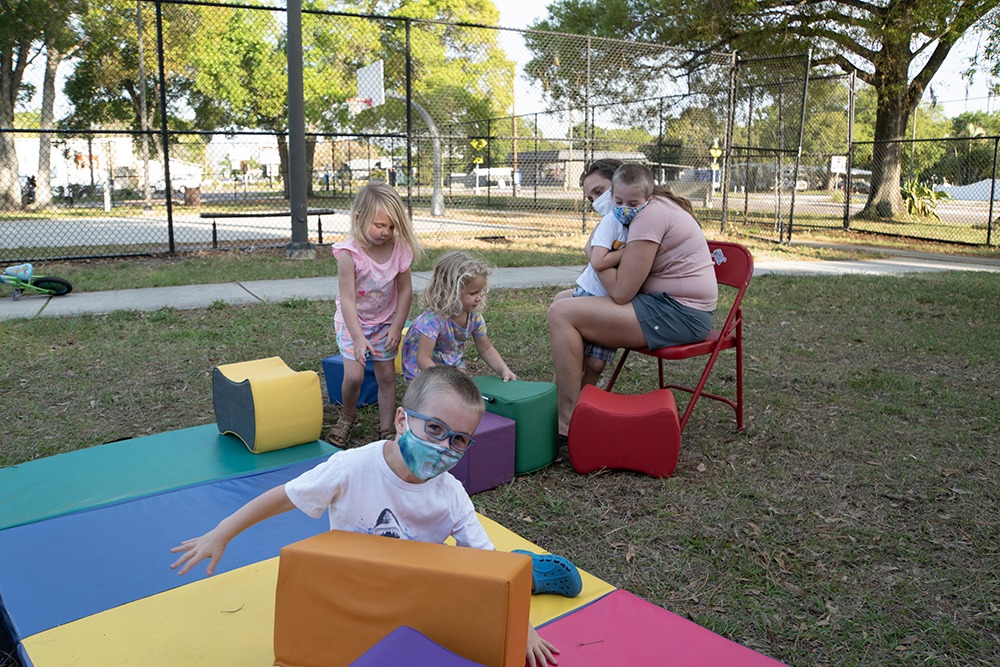 “The first people who came and started engaging were parents with young children, because after months on end of having to come up with every single thing that your kid does, they were so happy to see that their kids could go and just be creative,” says Boucher. “Parents were just feeling this, ‘can somebody just take my kid for like 30 minutes and they do an activity that I don’t have to think of and I don’t have to clean up after?’”

For families who ventured out in search of relatively safe outdoor activities during the pandemic, Team SPACEcraft provided a space for kids to explore all aspects of creativity, from writing to music to art.

The goal is for families to explore all aspects of creativity and decide which are for them. As a result, several young kids were able to launch their own journeys of creative exploration during the pandemic just as we all were trying new things in an effort to find joy despite our current predicament. 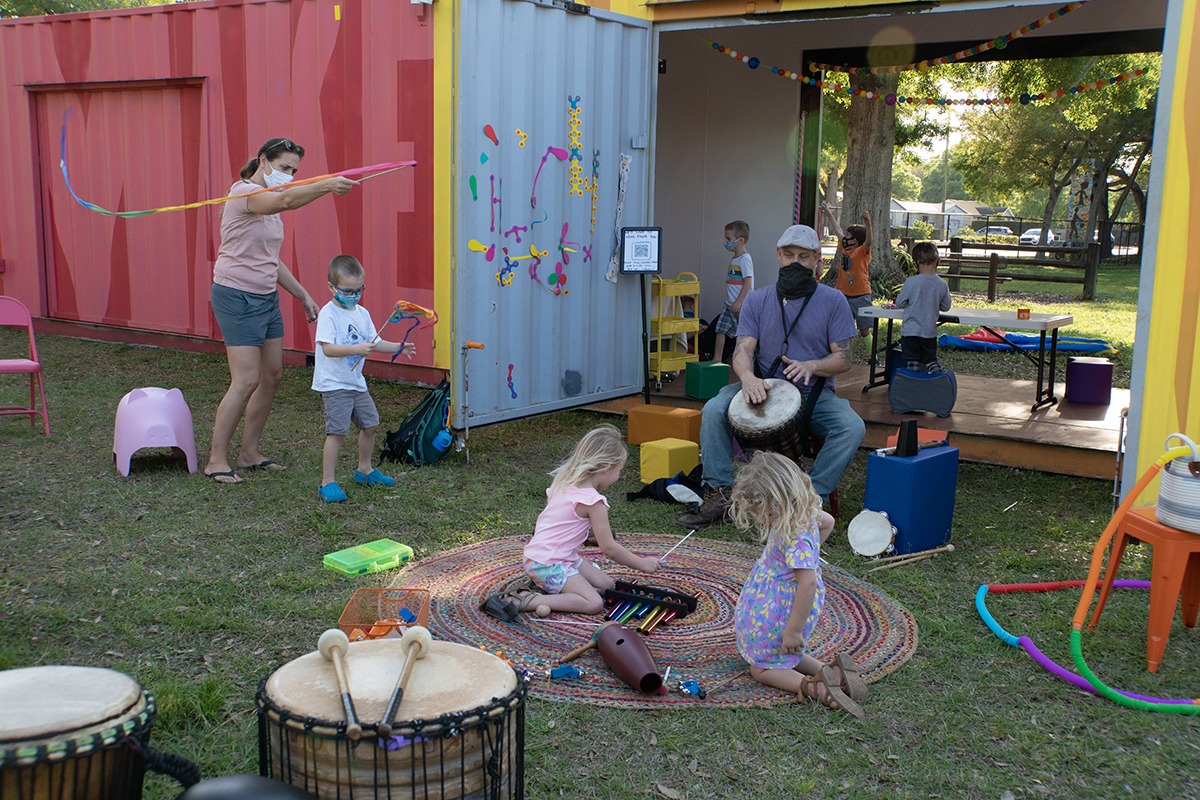 In addition to providing activities for youngsters, SPACEcraft provided a space for people to practice human interaction under the new rules of COVID. The project was always about human interaction, but the pandemic added another layer to it by changing the ways in which we interact. 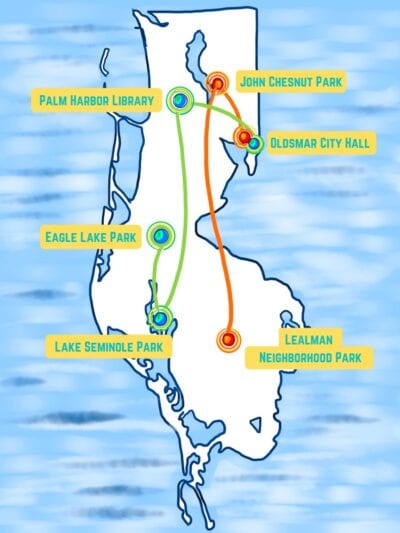